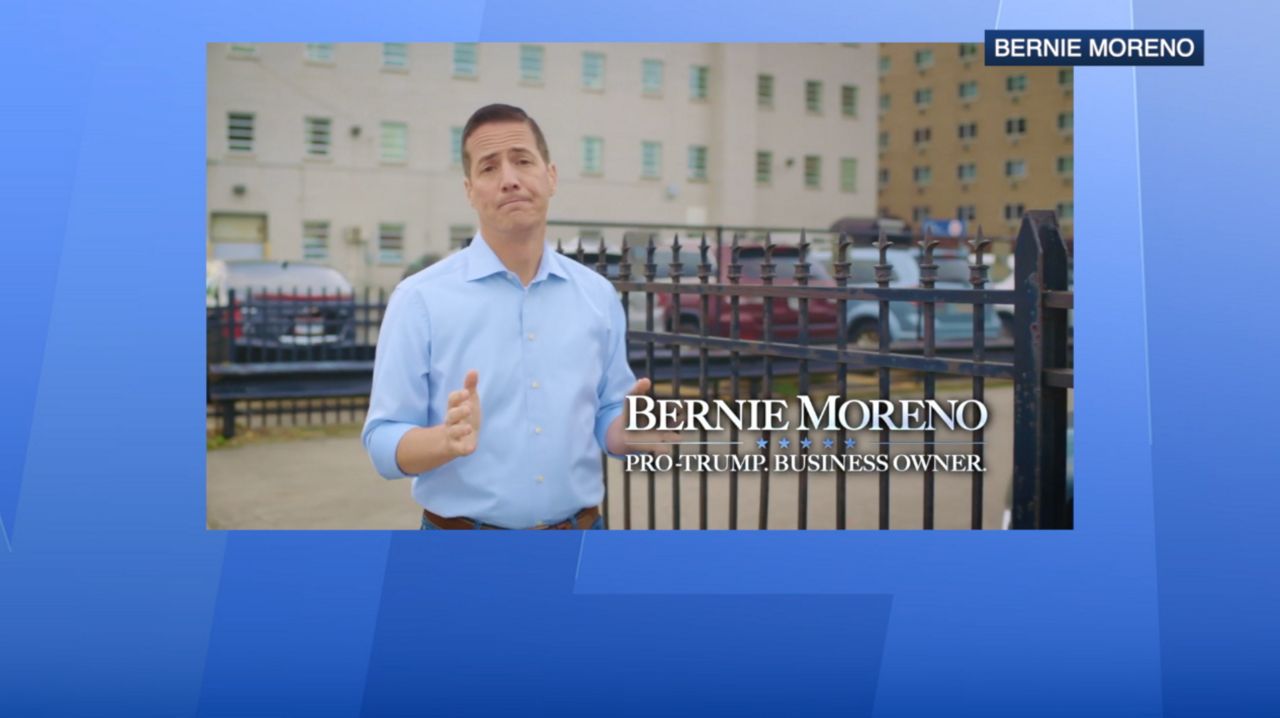 “President Trump says the election was stolen, and he’s right,” Moreno says to the camera.

The Justice Department and election officials have said there is no evidence the 2020 election was stolen. Audits and recounts have confirmed Joe Biden won the presidency fair and square.

But former President Donald Trump still insists otherwise; and several of the Republican U.S. Senate candidates in Ohio are supporting his baseless claim as they fight for his endorsement.

Moreno’s new ad is notable because it contradicts his tweets from November 2020.

“To my conservative friends: accept the results of 140m+ votes cast. Was it perfect, no…was it anywhere near enough to change the result, no. #ElectionIsOver #Unite,” Moreno wrote in a November 7, 2020 tweet.

That same day, he congratulated Biden and his running mate, Kamala Harris, in a separate tweet “for their hard fought victory.”

Moreno deleted the tweets once he launched his Senate bid, but Spectrum News obtained screenshots of them.

“I don’t remember all my tweets!! I do believe that we should always root for our country to succeed…[but] there was extreme cause for concern in the last election as more evidence comes out,” Moreno said in a statement to Spectrum News earlier this month.

Moreno, a wealthy luxury car dealer and tech entrepreneur who is a first-time candidate, is being advised by former Trump aides Kellyanne Conway and Rick Grenell.

In a July interview with Spectrum News, Moreno wouldn’t directly say the election was stolen.

Hey was asked by Spectrum News for a yes or no answer if the election was stolen.

“Well, I mean, look at what's going," Moreno replied. "All of us have got to get to the bottom of that issue, don’t you think?

Since then, Moreno has hardened his stance.

At a Republican forum in October, he applauded GOP rival Josh Mandel for pushing the bogus claim.

“I believe the election was stolen from Donald J. Trump,” Mandel told the audience gathered in Westerville, as Moreno is seen on-camera sitting next to him clapping.

Though Moreno declares in his new ad that it’s true, he admitted in a separate interview with Spectrum News earlier this month that he has no evidence to back the claim.

“I'm not suggesting that I have proof one way or the other. I'm just saying let's investigate thoroughly, calmly, unemotionally,” Moreno said in an interview on Dec. 1.

“I think it speaks to the power of Donald Trump. His shadow is everywhere in Ohio, and certainly, in this Republican primary,” said Robert Alexander, a political science professor at Ohio Northern University.

Over the summer, Alexander joined more than 100 scholars of democracy in signing onto a statement of concern about what’s happening “in response to unproven and intentionally destructive allegations of a stolen election.”

Moreno’s new ad is part of a $4 million buy he is largely self-funding to try to increase his name recognition in the crowded primary race.