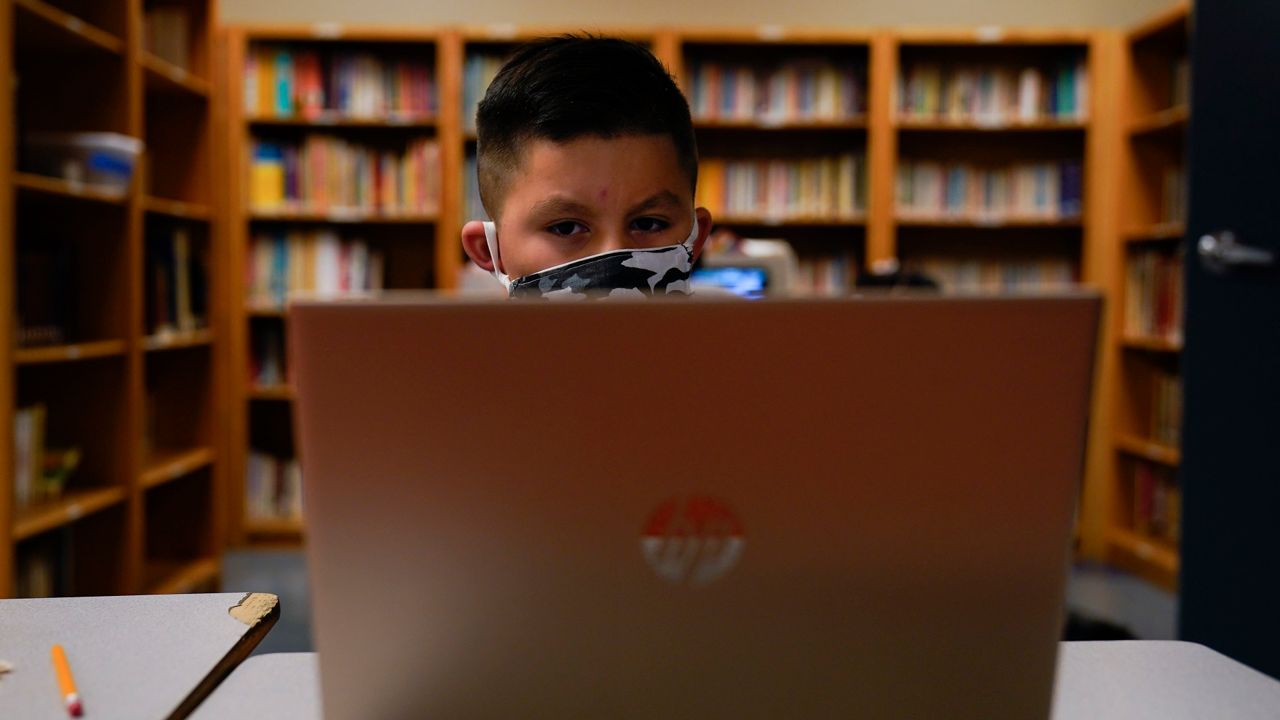 Stress and discipline: Study shows how the pandemic affected parents

OHIO — As families spent more time together in close quarters during the pandemic, keeping temperatures at bay may have become a little bit harder for a number of people.

A recent Ohio State study looked into how the pandemic has affected parents and the way they disciplined their children when they were stressed out.

Freisthler said the study's goal was to get an idea of how stress and parenting behaviors changed throughout the day. She said while there have been studies done about parents during the pandemic, none of them really looked at the daily impact.

"So we interviewed or we did studies with parents, where they completed these brief surveys three times a day —  10 a.m., 3 p.m. and 9 p.m., and they told us about their stress level and they told us about sort of what kind of discipline strategies they have used during that timeframe," she explained. "What we found is that as it got to be later in the day, parents are much more likely to use what we call aggressive discipline — spanking, making their kids feel guilty, things like that. And what was interesting is even their sort of general level of stress that we assessed at the very baseline of the study that was related to those discipline behaviors. It was really those in the moment, situational-level stress that was related to these aggressive discipline types of behaviors. One other thing that I do want to say that, even though we're focusing on this aggressive discipline in the study, they did only account for about 4.5% of all the parenting behaviors that we stress that we looked at over time in this study."

A big difference researchers found in the study was the differences in discipline behaviors between single parents and married couples.

"We were quite concerned about what this would look like for single parents, particularly since they didn't have backup that married parents often have. Our best guess — and it is just a hypothesis at this point — is that single parents have experience doing all this stuff juggling childcare, juggling work, juggling their child's activities, that even though they were doing more of this during the pandemic, we've had that experience," she explained. "For married parents, they didn't necessarily have that, and so they were trying to adjust their roles, and when you possibly have two working parents, it could be that both parents were struggling with who has time to work, who has to take care of the children. And that may have created additional stress in the home related to defining those new roles when everybody was at home during the early days of the pandemic."

While a number of people have returned to work, there are some who are still working from home because employers kind of changed their rules. Freisthler has this advice for parents:

"Parents really still are struggling. It's the return home from work. Young kids still don't have access to the vaccine, and for some families, this is still very difficult. And so for parents is trying to get a sense of what are some things that you might not want to do later in the day or that can help the night time routine a little bit easier. Can you prep dinner ahead of time? Can you make dinner a little easier? So maybe it's on a night that's been especially stressful, it's breakfast for dinner, so it's less to worry about? Maybe don't have some really difficult conversations with your spouse in the evening, so you might not want to talk about finances late in the evening or in the evening," she said. "Really try to be aware of your stress levels. You know, what can you do in the moment to calm down? Is there 60 seconds to breathe, to take a couple of breaths? Is it doing some meditation? You know, even with young kids, we find that they can do some meditation with you and is there something you can do to help ease that bedtime routine, so it doesn't have to be stressful during the time that is happening?"