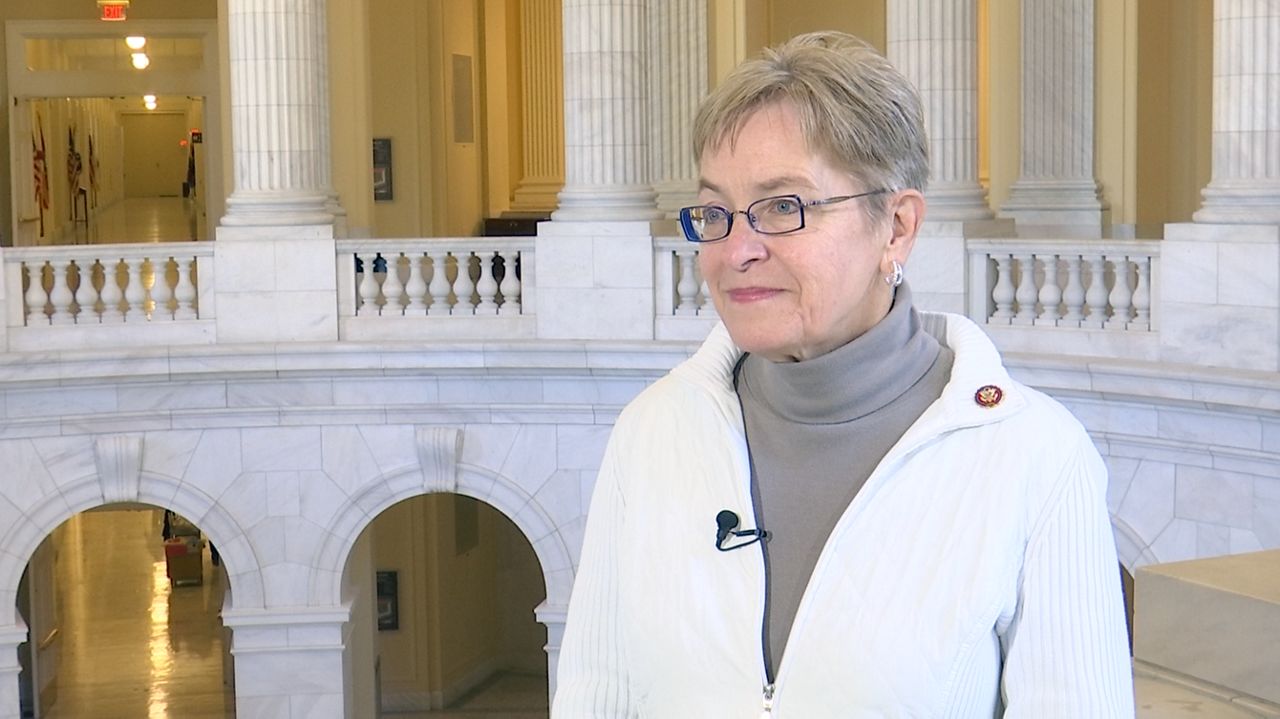 WASHINGTON, D.C. — Marcy Kaptur has been in Congress since 1983, representing the greater Toledo area for 38 years and counting.


The Democrat, who is the longest-serving woman in U.S. House history, said she “absolutely” plans to run for a 21st term next year, even though the new shape of her district will make her race a lot more competitive.

“My first thought was in a state that voted both for Barack Obama and for Donald Trump, it should be 50-50,” Kaptur told Spectrum News in an interview Thursday.

But the most probable outcome of Ohio’s new congressional map, when it goes into effect next year, is the election of 12 Republicans and three Democrats.

The map was drawn by Republican state lawmakers and passed on a party-line vote Thursday. It now heads to Gov. Mike DeWine (R), who has 10 days to decide whether he’ll sign it into law or veto it. Because no Democrats supported the map, it would only be in place for four years instead of 10.

The 9th Congressional District, which currently snakes from Toledo to the western edge of Cleveland, would shift further west to the Ohio-Indiana border. It would turn a solidly Democratic district into one that slight favors Republicans.

“Well, I hold a lot of seniority. I have a gavel,” she said Thursday.

Kaptur is a senior member of the powerful House Appropriations Committee. Her gavel is for the Energy and Water Subcommittee, which she has chaired for the last few years.

She argues that seniority and power gives northern Ohio — and all Great Lakes states — a seat at the table in a Congress where members from the East and West coasts hold most leadership posts.

“The coasts really have the power,” Kaptur said. “And so you come here thinking everybody's equal, and you soon learn that's not really true. And so for us, seniority really matters.”

In a referendum three years ago, more than 70% of Ohio voters supported reforming how congressional district lines are drawn. But the new process has, so far, remained quite partisan, with Republican state senators and house members pushing through their version of maps without Democratic support.

Kaptur is hoping the map passed Thursday will get challenged in court, something experts agree is likely to happen. But a ruling could take as many as four years, which would leave the new lines in place until then.

“We always knew that this process in Ohio was not going to be perfect. It was the result of a compromise between reformers and the legislature,” said David Daley, a senior fellow for the nonpartisan voting rights advocacy organization FairVote.

“A lot of people are having sort of buyer's remorse about some of the things they passed, because that was not what people asked for when they overwhelmingly approved those measures,” Li told Spectrum News.

If Kaptur manages to win reelection, she will become the longest-serving woman in the history of both the U.S. House and U.S. Senate.

“That's a watermark,” Kaptur said. “Not so much for me, but for women, for the history of this institution. And the fact that I'm from the middle part of the country, which is so often ignored here, that makes me feel really good.”