CINCINNATI — On the side of a former firehouse, sprawled out in big, colorful, block letters is a message those who live and work in the neighborhood hope everyone takes to heart: “Hear Us Out.”

It’s called a mediation mural, an ArtWorks project meant to bring efforts to reconcile police-community relations in Cincinnati’s Avondale neighborhood to life, and on National Night Out, police, neighbors, artists and anyone else interested got to see the completed piece for the first time. 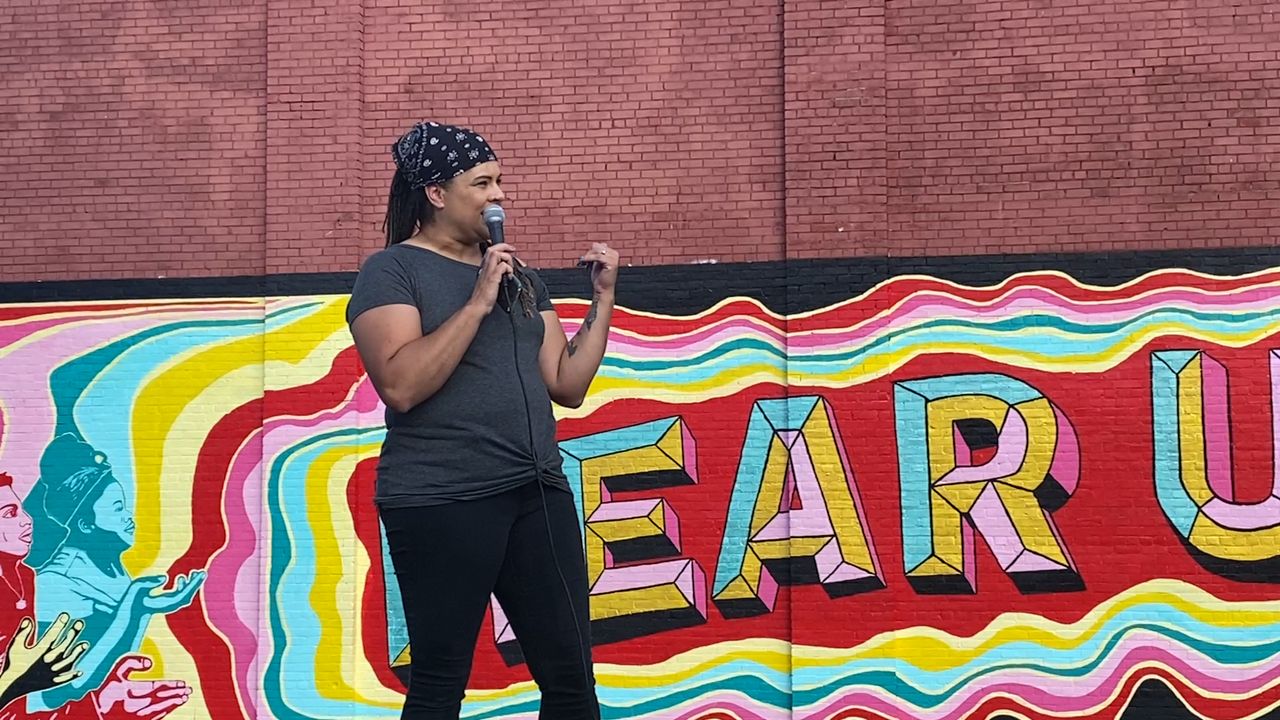 Jenkins dedicates the mural at National Night Out

Avondale, one of the largest predominantly Black neighborhoods in Cincinnati, has a long history of racial tensions between its residents, police and city government. In an effort to bridge some of those gaps, the Avondale Development Corporation worked with District 4 police and ArtWorks to develop a series of meetings culminating in a piece of public art on Rockdale Avenue.

ArtWorks tapped artist and activist Jeni Jenkins to sit in on those meetings and develop the design based on what she heard from Black youth as well as police.

“‘Hear us out’ is the phrase that came out of the mediation,” she said. “I thought that that resonated with everything that they were saying.”

The phrase became the centerpiece of the mural and Jenkins said the rest is meant to simulate the conversations she heard and recognize the people she worked with.

“Everyone on the mural is a real person,” she said.

One of those portraits is Lt. Shannon Heine, a neighborhood liaison officer with the place-based investigations of violent offender territories (PIVOT). 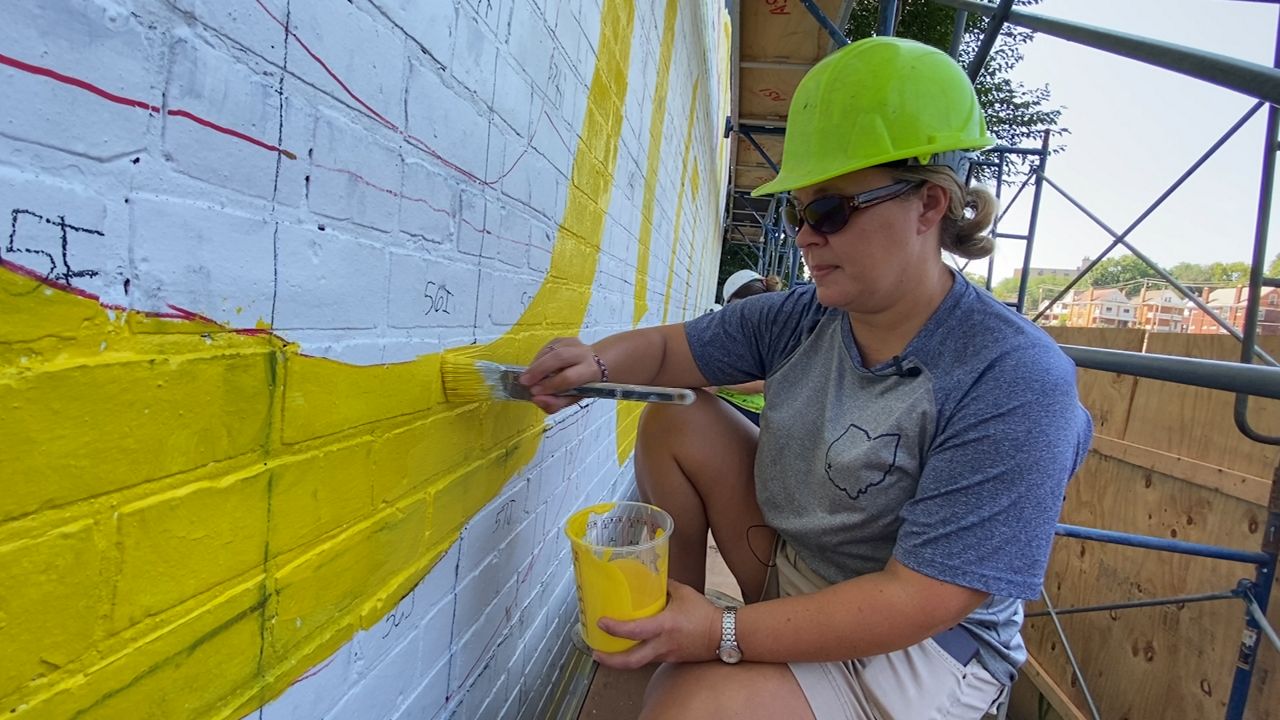 She said the mural and the mediation meetings seemed to be a great way to open up better communication with the neighborhood, something she sees as vital to her job.

Most of the mural was painted by eight ArtWorks youth apprentices from Avondale, but the project also set aside community paint days to invite neighbors and police officers to come out and help put the project together.

Heine came twice and returned for the dedication. She said the process helped illuminate some of her own misconceptions about why some in the neighborhood are reluctant to work with or meet police officers.

“They don’t hate the police, they just question some of the things that we do and why we do things the way we do things,” she said.

Jenkins said the project revealed a lot to her too. She said she was one of the people protesting in the streets after the police killings of George Floyd, Breonna Taylor and other Black men and women, though she was pleasantly surprised by the conversations she heard from police.

“The Cincinnati police have recognized that there is a problem and they’re willing to come to the table and work toward change,” she said.

Jenkins said she understands the mural won’t solve everything, but she sees it as a start showing both sides have a perspective to share as long as the other is willing to listen.

“I think that the message is slowly getting out there that in order for real change to happen there needs to be some kind of real dialogue,” she said.

The mural’s dedication kicked off National Night Out events in Avondale as a way for police and community members to continue the conversations the mural may have sparked.