SUMMIT COUNTY, Ohio — Brightly colored posters popping up on message boards around Summit County are designed to catch the eye of the young, but they aren’t advertising recreational opportunities.

These are recruitment materials, hoping to draw young people 18 to 24 years old to join a youth advisory board to help fight youth homelessness.

The push is led by the Summit County Continuum of Care, a collaboration of about 30 local social services agencies dedicated to ending homelessness. Through the U.S. Department of Housing & Urban Development, the Continuum of Care funds 28 local housing programs, according to its 2019-2020 annual report.

The CoC has a small staff supported by an array of services from organizations like the ADM Board, Battered Women's Shelter, Haven of Rest, the Akron Fire Department, United Way of Summit County, H.M Life, ACCESS Inc., Akron Metropolitan Housing Authority and others. 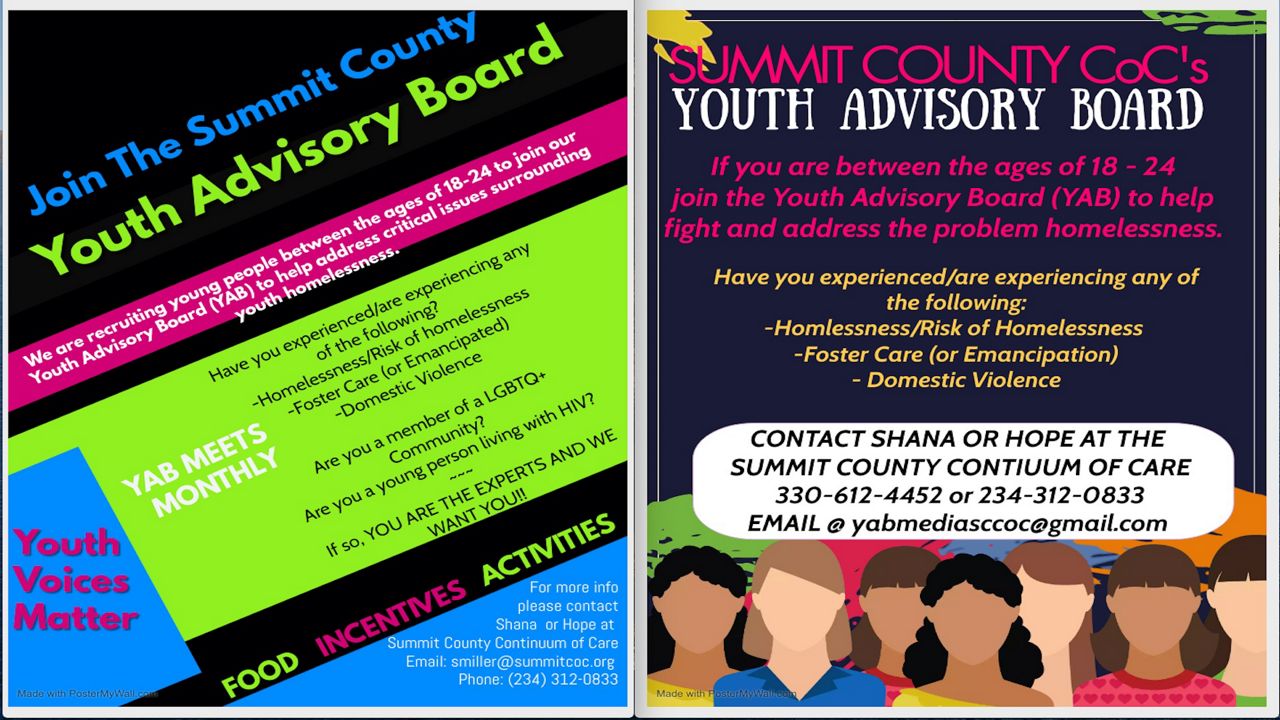 The goal is to move people into housing with the right support to keep them from returning to the streets, said CoC youth coordinator Shana Miller. But for those ages 18-24, the support usually looks much different than for older people.

The CoC’s strategy includes recruiting youth advisory board members who then bring housing insecure friends and acquaintances to monthly meetings where meals, bus tickets and other incentives are provided, Miller said. There, the kids can share experiences with peers.

“People can get a meal where we have people that can help if you want it, with an organization that's consistent, that welcomes youth,” she said. “And we'll listen. And then we can try to move them into a more stable, safe situation. We want to make sure that we can keep them safe and alive while they're figuring it out.”

CoC staffers don’t just want to house them, she said, they also want to hear what they have to say.

“A lot of times they’ve been programmed to death. Sometimes they just need to be listened to,” she said.

Miller said she listens, while facilitating.

“Maybe they learn how to ride share, or maybe, you know, someone knows someplace that offers hot meals three times a week and you can pick up food from there while you do that,” she said. “So they can share information and just by listening, we learn a lot.”

The events sometimes include activities, such as writing resumes, working in computer labs or recently, practicing kickboxing at Lock 3 park in downtown Akron, she said.

Miller is watching with interest a development now underway in Cuyahoga County. The 50-unit supportive facility is intended to transition homeless people ages 18 to 24, and is planned to open in 2023 in the St. Clair-Superior neighborhood.

“COVID revealed a lot; it kind of pulled back the carpet on a lot of things, like how to reach these youths that have fallen between the cracks,” Miller said.

A lot of young people go through a rebellious period, she said, but most had families to return to when the pandemic hit.

“What if you're emancipated or, for whatever reason, you don't have a relationship with a family?” she said.

Many at-risk are LGBTQ people turned away by family, she said, while others are trying to get away from parents who themselves are substance abusers.

A pervasive misconception is that most homeless people live in tents in the woods or under highway overpasses, she said, but homelessness is different for young people, many of whom couch surf from friend to friend.

Couch surfers, however, are lower on the federal government’s priority list because they aren’t in imminent danger, she said. But sometimes, all is not as it appears.

“What about somebody who's trading their body to have a place to stay? What if I'm staying in a domestic violence situation so I have a roof over my head?” she said.

And young people often are afraid to go to established homeless shelters, she said.

“The thrust is that people are realizing that youth have specific needs that cannot be addressed, that are not being addressed, in our traditional systems,” Miller said. “Traditional systems are basically built for single, older, white males with substance abuse problems who have been chronically homeless.” 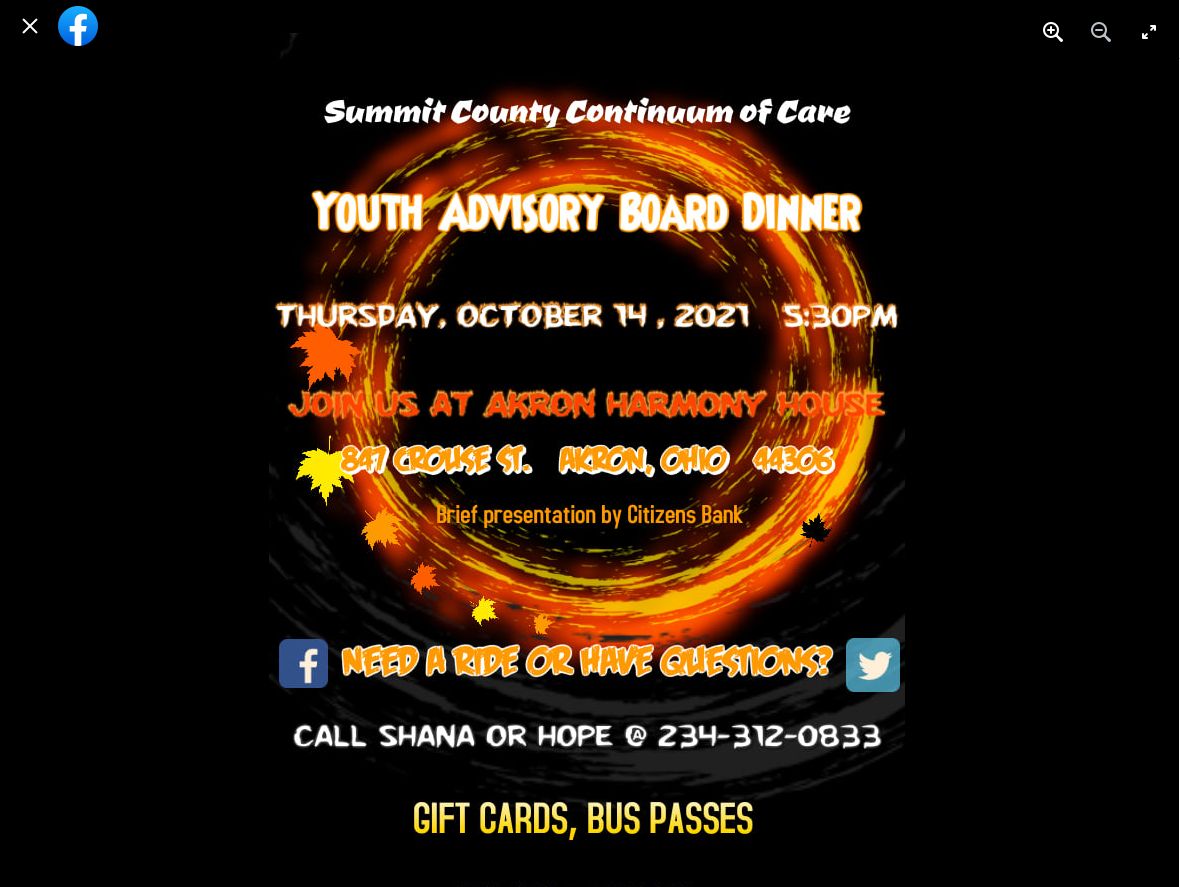 Young people are welcome at the youth advisory board monthly meetings, but help is available 24/7, Miller said. And volunteers of all ages are invited to assist with the board.