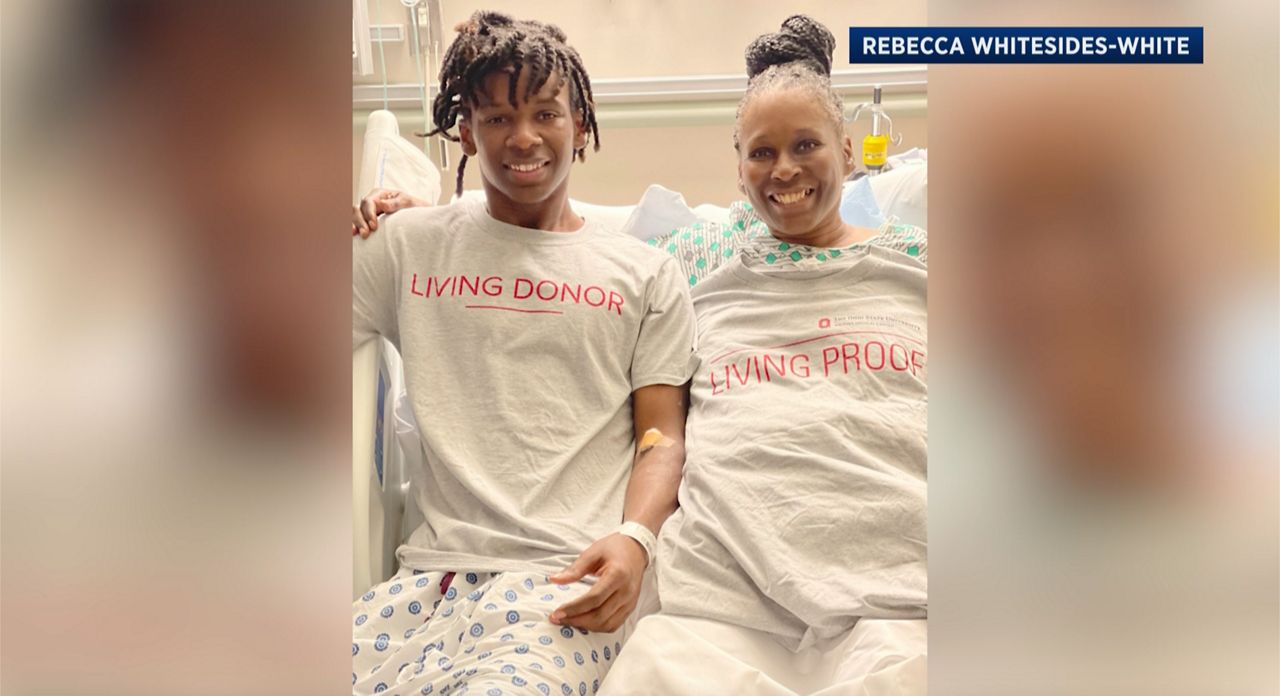 COLUMBUS, Ohio — August is National Minority Transplant Awareness Month, and one Ohio mother-son duo are sharing their story to encourage others to become living donors.

Rebecca Whitesides-White said she’s had issues with her kidneys since 1999. She was officially moved to the organ transplant waitlist in 2017.

“My kids were trying to see if they were a match,” said Whitesides-White. “My son came to me and was like, ‘How come I didn’t try?’ And I as like ‘I don’t know, do you want to try?’”

It turns out, Ka’Mahl Knox, 19, was a match, undergoing kidney transplant surgery for his mom in June.

“My whole life, she’s been going through this,” said Knox. “So it feels good to be the one who got to help."

Dr. Todd Pesavento, associate director of the Ohio State Comprehensive Transplant Center, said African Americans currently make up 25% of the waitlist for a lifesaving organ transplant at OSU, and only 11% are living donors.

“Many people don’t know that they can be living donors,” said Dr. Pesavento.

Not everyone is eligible to donate, which is part of the reason he believes this number is low.

“There are diseases that affect minorities more often than Caucasians and certainly there's a higher instance of diabetes and hypertension. I think that does limit the population that could be an eligible​donor,” said Dr. Pesavento.

There’s no cost to be a living donor. Medical costs are covered by the recipient’s insurance.

Whitesides-White is encouraging everyone to consider being a living donor.

“Anytime you can give someone the gift to extend their life is a blessing,” said Whitesides-White.

According to the United Network for Organ Sharing, more than 100,000 people are waiting for a lifesaving organ transplant. More than 60% of the people who are waiting are minorities.