It’s an option that local lawmakers are considering as COVID-19 makes a summer comeback. In Athens, the largest Ohio city where a universal mandate has been reinstated, the return to masks brought relief for some, and dread for others.

“It wasn't something I was looking forward to, of course,” said Randy Daniel, 45, as he ran errands in Athens Monday. “But there's nothing wrong with being cautious. As we've seen leading up to this, we were caught flat-footed, so I'm kind of glad we're actually taking a step to prepare for it this time.”

Daniel said he and his wife are vaccinated, but the latest surge and the delta variant are bringing back COVID-19 nerves.

“The delta variant is something different altogether from what I understand, so I definitely have concern,” he said.

Last week, Athens City Council unanimously approved an ordinance to require masks indoors at businesses, and shops across town have since posted signs at their entrances advising customers that masks are back.

Jim Irvin, 81, of Washington County, said the mandate took him off guard — a frustrating surprise on Monday when he came to Athens to get a bicycle fixed. 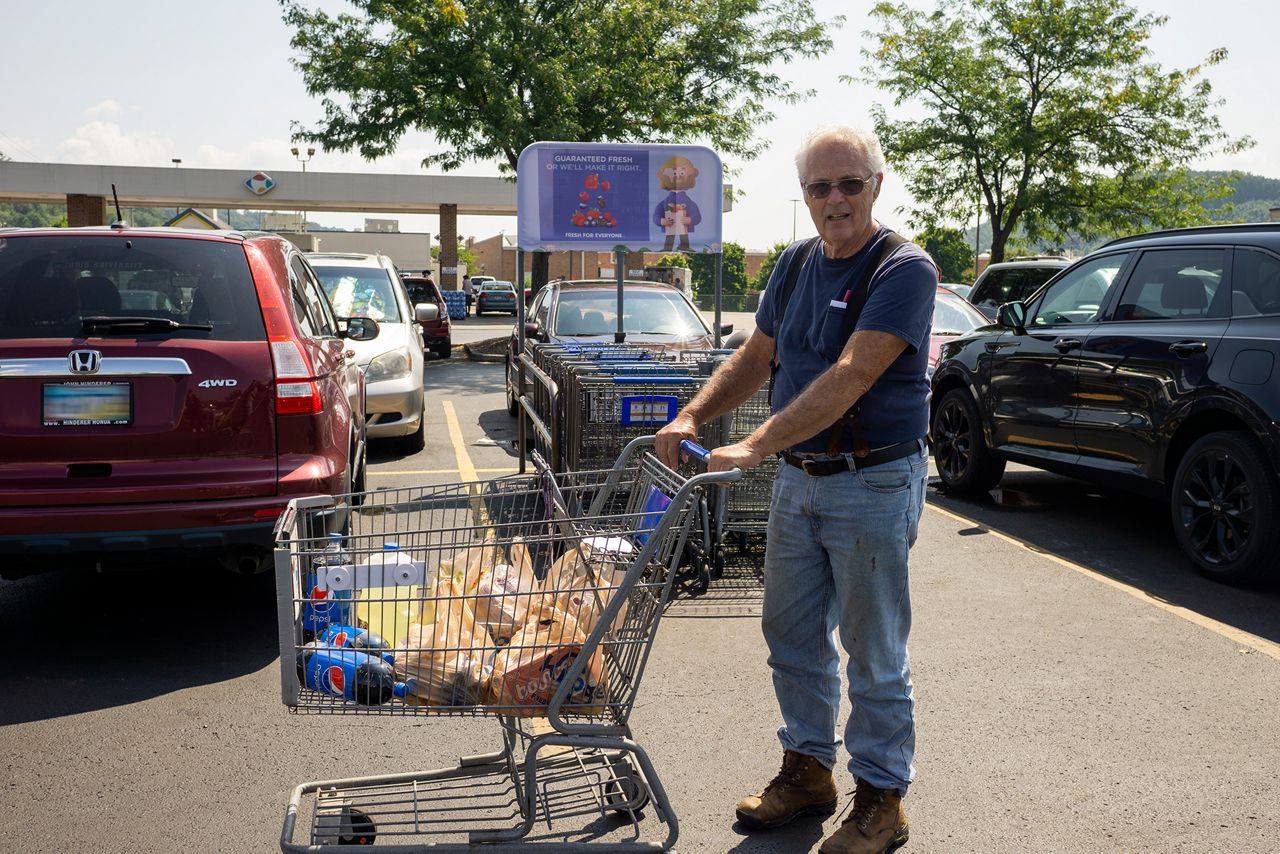 Visiting Athens, Jim Irvin said the mask mandate caught him by surprise. In his opinion, the time for mask mandates is over.

Kasey Tober, 22, a restaurant server, said she hopes everyone complies with the mandate, but, so far, it’s been difficult with some customers.

“People come in all day, and they're like, 'We have to put on a mask?' People are upset about it, but I don't see why you should be so upset if it means keeping your community safer,” Tober said.

COVID-19 numbers in the state continue to reach recent highs, as average infections rose to 3,296 on Tuesday and the number of hospitalized patients surpassed 2,000 in the latest update. The current numbers are higher than they were during most months of the pandemic, aside from the surge from November to February.

Until mid-May, a statewide mandate meant masks were required at all Ohio businesses.

Many local governments also had their own mask mandates on the books until those mandates were lifted across the state in May and early June.

According to analysis by the Ohio Legislative Service Commission, under the law, a local board of health can only issue orders or regulations that apply to specific businesses, while sweeping mandates from health departments are no longer allowed.

However, the law does not apply to city governments, and several Ohio towns have passed mask mandates this month. In Athens, the city’s mask requirement will run until Feb. 28, unless the council rescinds it before then. 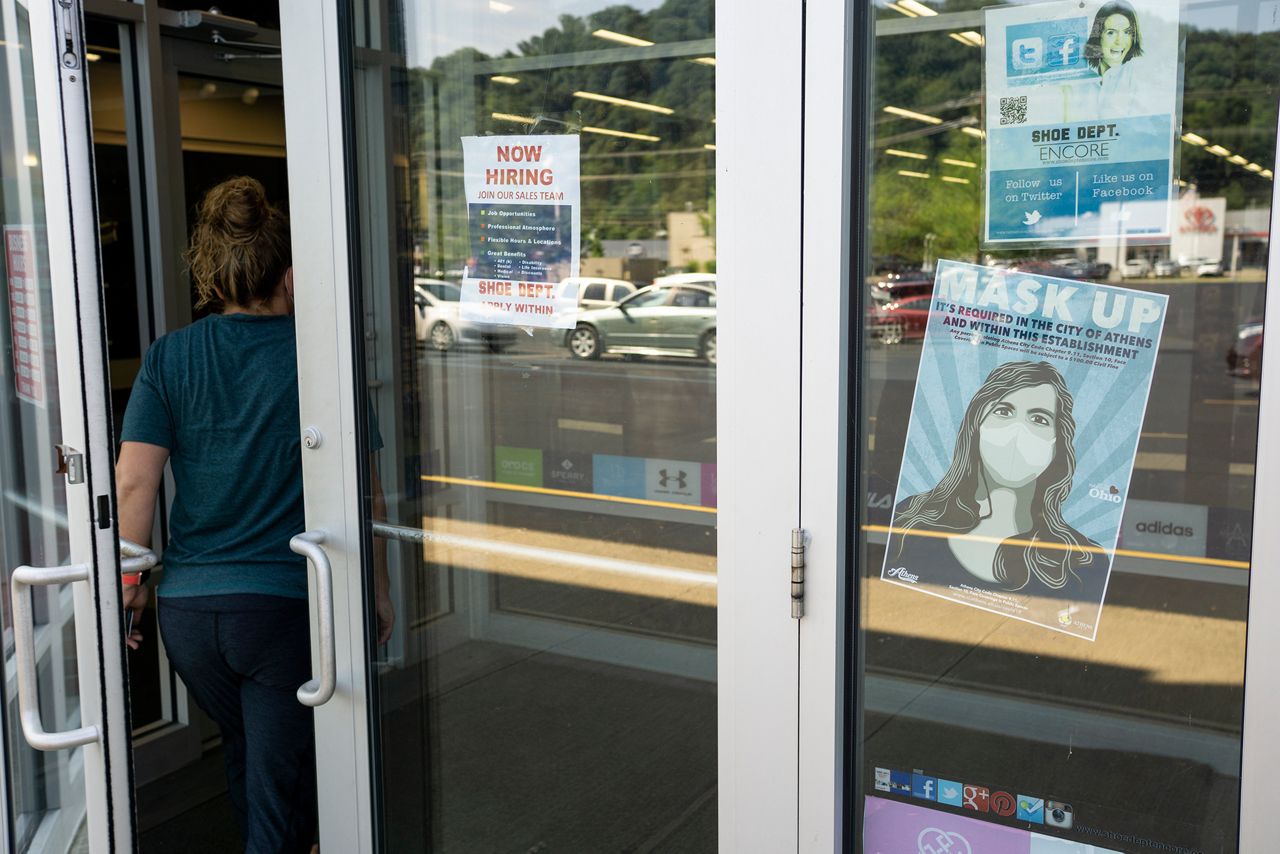 Businesses in Athens have posted signs that say masks are required by local ordinance.

Outside of Dayton, the small town of Yellow Springs similarly brought back a mask mandate earlier in August, passed through the village council. The village of Gambier reinstated a mask mandate by an emergency council ordinance last week, but the Knox County Sheriff’s Office said it won’t issue citations to unmasked patrons.

In Oxford, the city council also considered a mask mandate last week. The council was unable to pass it as an emergency measure because only five of seven members were present, according to the Oxford Observer. The five in attendance supported the mandate, and it could be passed at the next council meeting.

The moves to mask by a few small towns come after larger cities imposed mask advisories in response to guidance from the Centers for Disease Control and Prevention’s call for masks in areas meeting thresholds for high transmission, which all of the state’s 88 counties are above.

As city councils enact local mask ordinances, Ohio Health Director Dr. Bruce Vanderhoff provided an update Monday on the dramatic upward shift in COVID-19 case numbers. However, he would not say if masks should be required in the state. Senate Bill 22 gives lawmakers the ability to rescind a statewide mask mandate from the DeWine administration.

Announcing their mask advisories, officials for multiple Ohio cities noted that health departments no longer have the ability to require masks.

Issuing Columbus’s mask advisory at an Aug. 5 press conference, Health Commissioner Mysheika Roberts said masks would likely be mandatory in the city if not for the new law.

“If it weren't for Senate Bill 22, would I be announcing a mask mandate today? It's very likely that I would, yes,” she said.

Roberts said she was discussing other options regarding mask policy with the mayor and the city council, but city officials have yet to change the mask-optional policy. 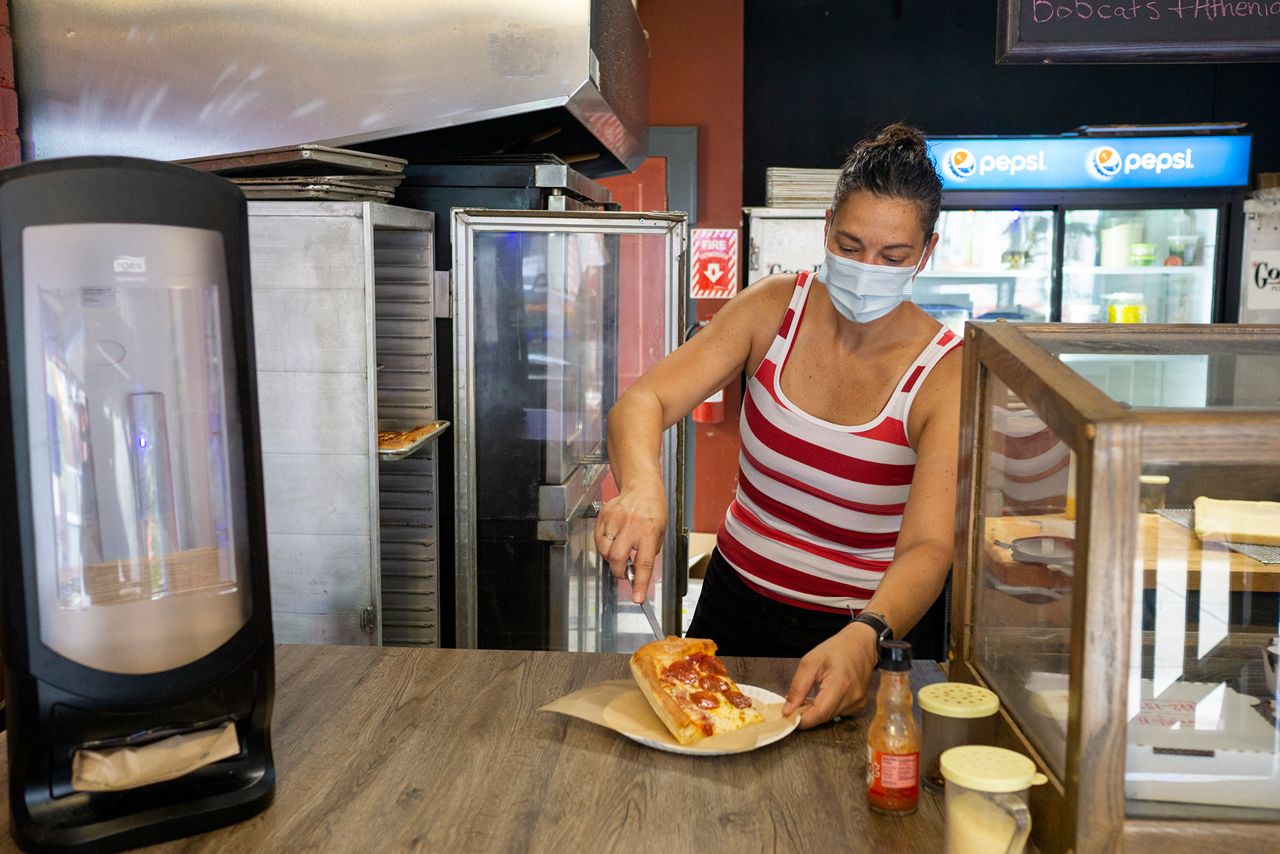 Owner of Goodfellas Pizza, Rachael Ritchie, said she has been watching with concern as the coronavirus numbers shoot up locally.

Under the new rules in Athens, Rachael Ritchie, who owns a pizza joint downtown, reports that more than 90% customers have been coming in wearing masks. With Ohio University students returning to the city for fall classes, she fears the worsening COVID-19 trends in the area are likely to continue.

In her view, masking up make senses right now to slow the spread. Aside from the occasional rowdy customers late at night, Ritchie said Goodfellas Pizza hasn’t been getting much fuss from patrons.

“It's been great as far as people not being obnoxious about it,” she said.

Jessie Carter, 39, said the college town is a pocket of different-thinking from the rest of the state, so she wasn’t surprised when she learned of the mandate.

“I'm relieved. It seems like it should have just been the case the whole time, but I'm glad that they're back,” she said. “I feel safer.”