AKRON, Ohio — The images of devastation coming out of Haiti are all too familiar for Dr. John Pope.


"Just heartbroken," he said. "It’s kind of, you know, why do things keep happening to the Haitians between earthquakes and hurricanes and political unrest. It’s those folks need a break.”

He and a team of others from Akron Children’s Hospital were there a few weeks after the 2010 earthquake that killed hundreds of thousands and displaced millions of people. 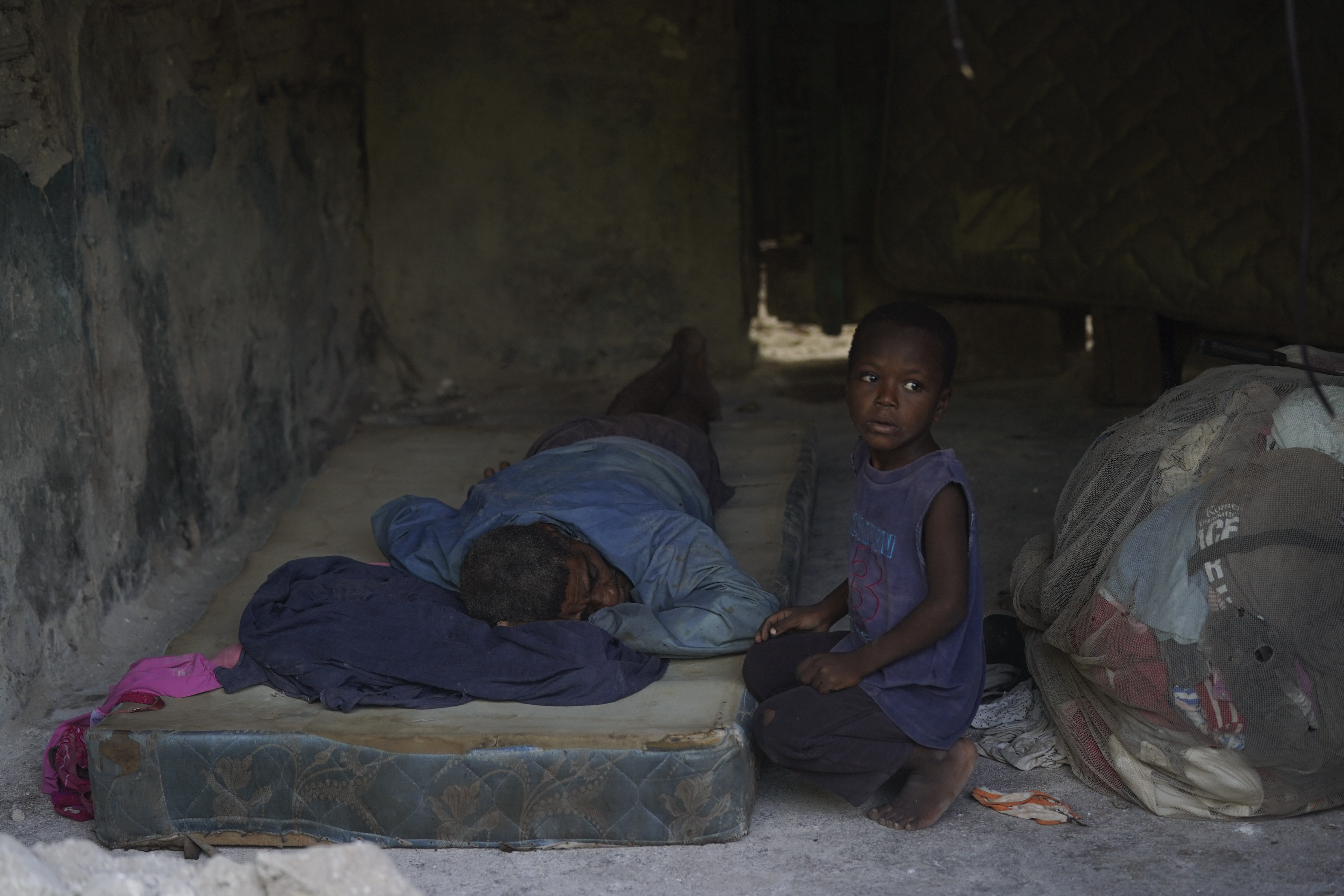 A child crouches next to man sleeping on the porch of his home in Les Cayes, Haiti, Monday, Aug. 16, 2021, two days after a 7.2-magnitude earthquake struck the southwestern part of the country. (AP Photo/Fernando Llano)

“It touched me and, you know, led me to sort of become I always say addicted to going back and working with the people in Haiti.”

Pope said he’s been back to the poorest country in the western hemisphere numerous times since that first trip.

But political protests forced the team out in 2019, and they haven’t been able to go back since.

“The heartbreaking thing about that was instead of operating on 15 children, our team was only able to operate on four children," he said.

St. Damien Hospital in Port-au-Prince, Haiti and Akron Children’s Hospital have had a partnership for more than a decade that goes beyond the medical mission trips.

Health professionals from Haiti come to Akron for training and about two Haitian children a year travel to Ohio for life-saving heart surgery.

That collaboration is being featured in an upcoming documentary called “Open Hearts.”

“They are probably some of the most vulnerable children in the world and I kind of have this idea that, you know, we can save the world one child at a time," said Pope.

For the last 11 years, the Caribbean country has been working to recover from the first earthquake, amid many other crises.

And the 7.2 magnitude earthquake that hit the southwest peninsula Saturday is even more powerful than the last one. 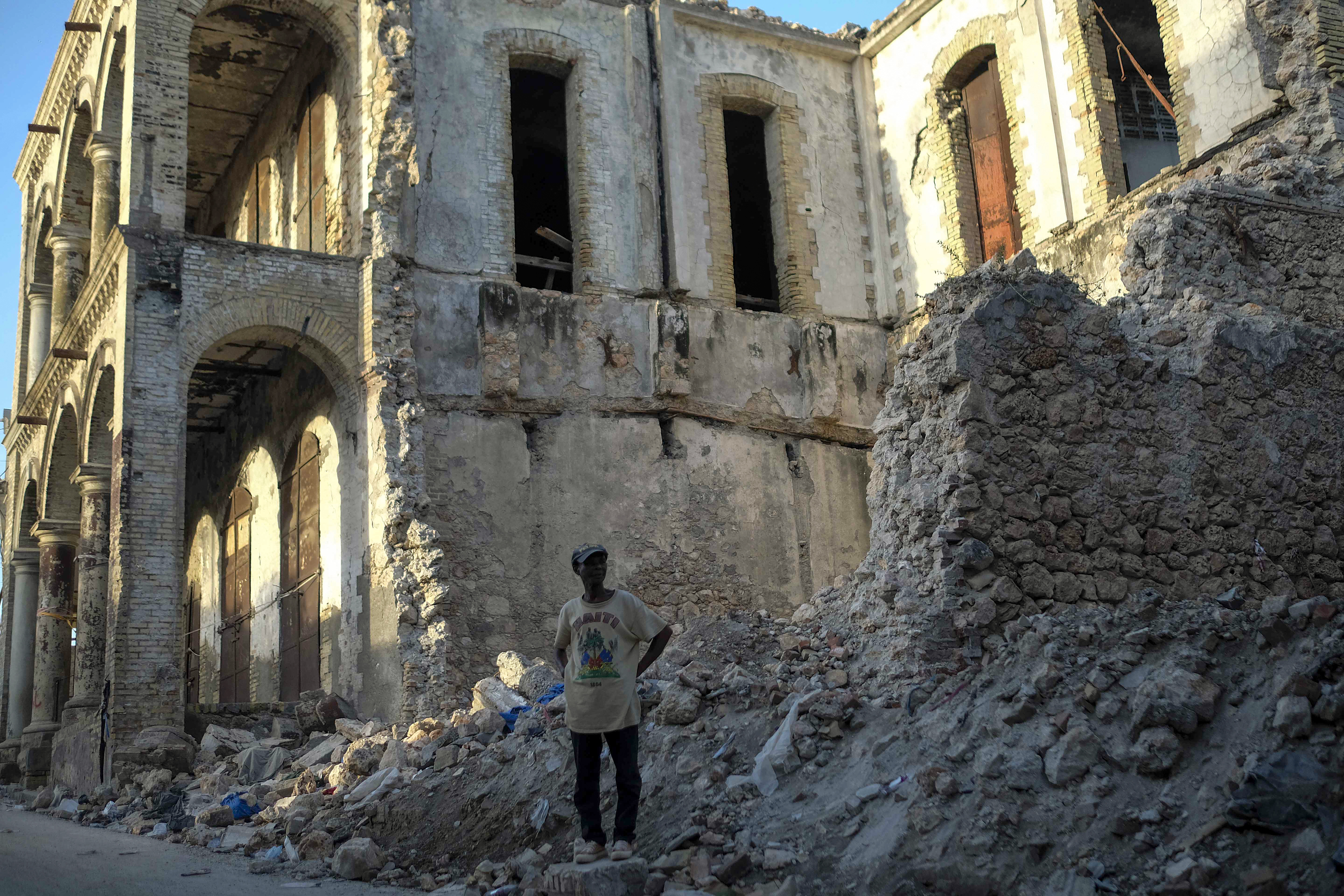 A man stands close to the rubble of a collapsed building in Jeremie, Haiti, Wednesday, Aug. 18, 2021, four days after the city was struck by a 7.2-magnitude earthquake. (AP Photo/Matias Delacroix)

So far, UNICEF estimates the earthquake has impacted more 1.2 million people, including more than 500,000 children.

"What happens after disasters like this is children don’t get early care for illnesses and so they get sicker and so these children will keep coming to St. Damien over a period of weeks to months with illnesses and especially malnutrition," said Pope.

The current death toll is nearing 2,000 and almost 10,000 are injured, according to UNICEF.

“I think it’s important to try to help them," said Pope.

Pope said the need is urgent. Tropical Storm Grace caused flooding and mudslides that are making the humanitarian response all the more difficult.

Akron Children’s Hospital is collecting donations and medical supplies from across the U.S. and plans to send a shipment of resources to Haiti in the coming weeks.

“They’re such incredible people that have lived with tremendous adversity and they’re so resilient," said Pope.

If you'd like to support Akron Children's Hospital's effort, you can make a monetary donation here.

For more information you can contact Tim DuFore at 330-810-5826 or tdufore@akronchildrens.org.