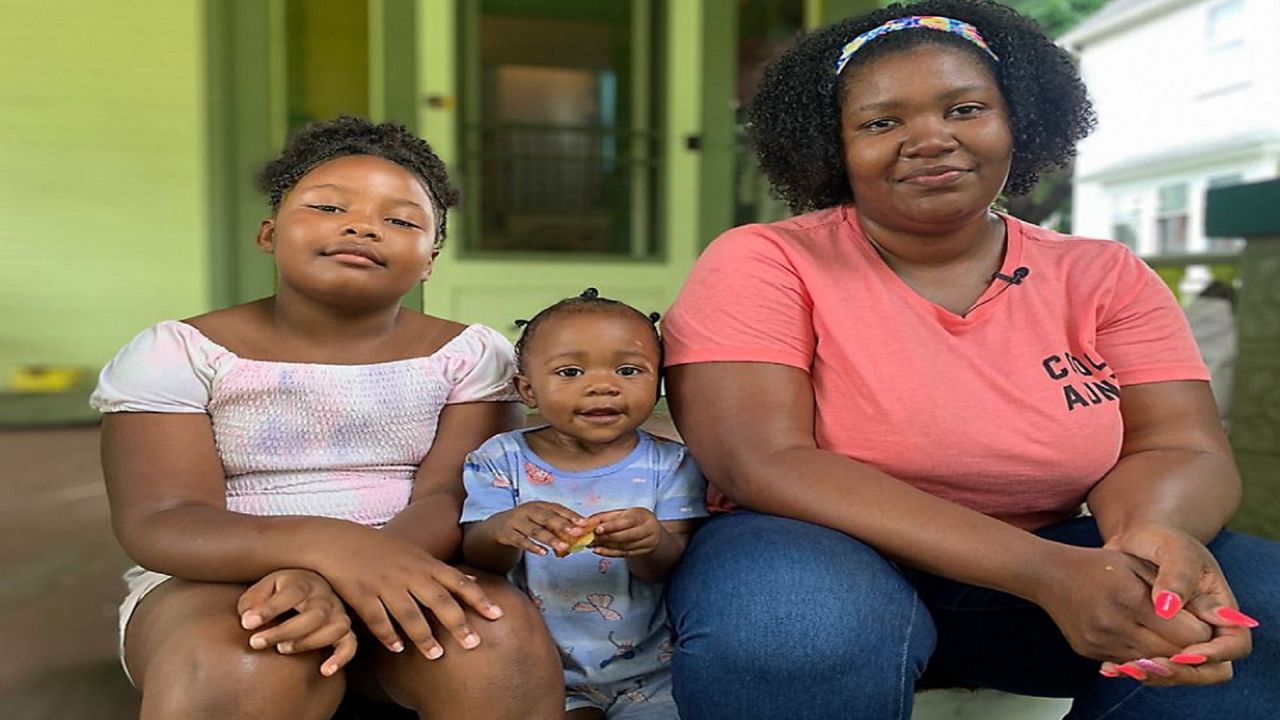 Middlebury resident Dreana Tucker pictured with two of her six children on their front porch.

AKRON, Ohio — Ohio's Rust Belt has many areas that are impoverished, and one organization is working to rebuild homes and community pride at the same time.

Anyone who stops by the Tucker household, will likely find Dreana Tucker cleaning up.

“This is actually my son’s chore," she said while wiping off the kitchen table. "But when you want something done right, you have to do it yourself.”

As a mother of six, she finds there’s always something to wipe off or put away.

Thankfully, her children are good helpers with things like putting away the groceries. Her kids range from age one to 16.

Tucker grew up in Akron and has lived in her current house in the city’s Middlebury neighborhood for about three years.

“I actually lived around the corner from here before,” she said. “That is how I became friends with everyone at The Well.”

The Well is formally known as The Well Community Development Corporation, or CDC.

Since 2016, the organization has aimed to breathe life back into Middlebury through various efforts that offer support to residents.

“It actually was a really big major thing for me," said Tucker.

The Well CDC is all about investing in this rust belt neighborhood that’s historically experienced poverty.

“So, this was like the perfect opportunity," said Tucker.

The organization set out to restore 60 homes in 60 months with the deadline being the end of 2022. The team said it’s on track to meet the goal a full year ahead of schedule, with 60 homes rehabbed in four years.

“They do everything right," said Tucker. "There’s not a doubt that it’s not done right. I know for sure that it’s literally going to be nice.”

The Restoring Housing Program puts neighbors on a path to home ownership through affordable rentals in renovated historic homes.

“I loved it," said Tucker about her home. "I fell in love with it immediately. It would be something that I would look into wanting to own.”

Tucker said she helped paint her dream home and she enjoys redecorating.

This mother said she is grateful The Well CDC provided somewhere safe to raise her kids and make family memories.