CLEVELAND — Autumn Wells is a second-year apprentice at Plumbers Union Local 55 in Cleveland.

This means that she’s training to become a plumber, a job that isn’t very common for a woman in the United States.

“What we do is commercial plumbing, which is all the water, sewer, gas and drying lines to all of your retail stores or apartment buildings, hospitals, pretty much everything,” Wells said. “Trades are what keeps the world going round. Really, we build everything.” 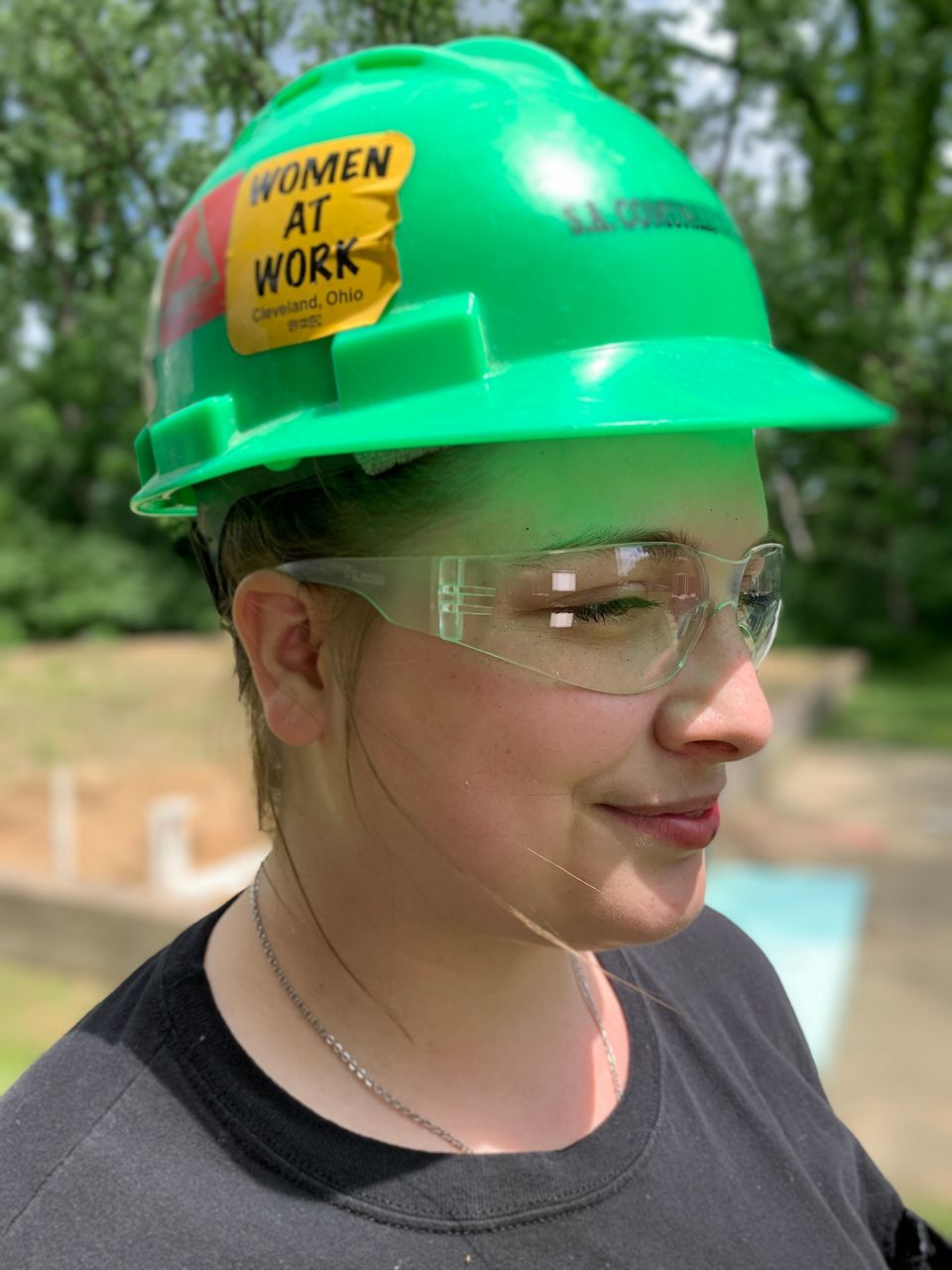 Only about 3% of women in the workforce work in skilled trades, according to the Department of Labor. Wells is often the only female on job sites.

“I thought there was gonna be a lot more women in the trades. But turns out there really isn't,” Wells said.

However, when Wells comes to class, she has Doreen Cannon as a mentor and instructor. 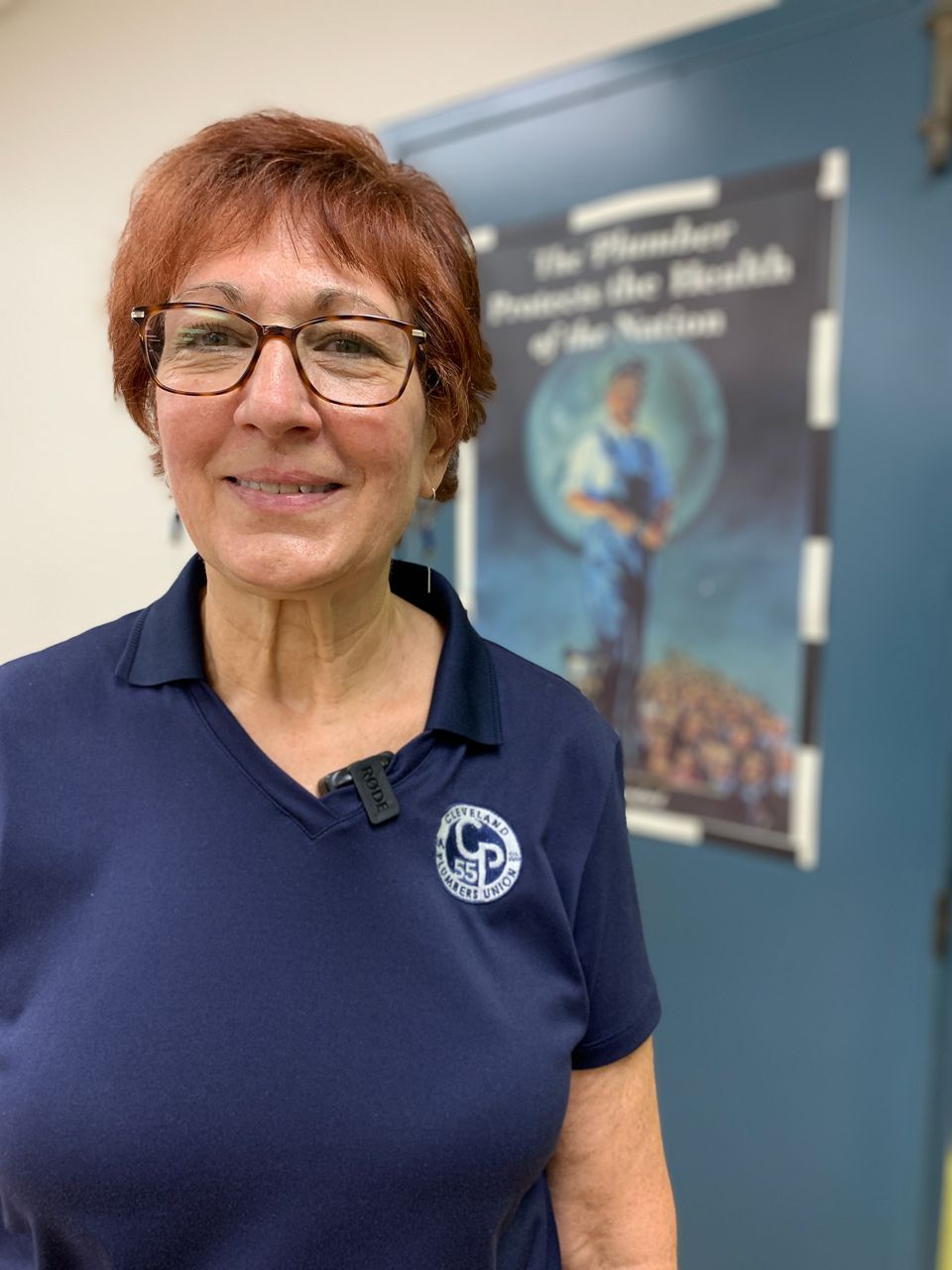 Cannon has a four-year college degree and worked in retail chains and management for many years before she decided it was time for a career change.

She was a plumber for 14 years and is now an advocate for women in the trades.

“Because there's so few, there's no role models, right? When somebody drives by a construction site with little girls in the car, do they ever see women out there working? Probably not. Because there's so few. So it's really the idea that women don't realize this is a career for them. And it's an amazing career,” said Cannon.

“Again, going back to no pay for schooling, talking about excellent pay, excellent benefits. Excellent pension plans. I mean, these are all things that, there's a lot of single mothers that have turned their life around when they get into careers like this because now they can take care of their family.”

Cannon is the role model many young women need in order to believe in themselves that they can do whatever they put their minds to.

“I think it's really nice to see a female teacher. And again, because there's so few women on the job, maybe I am the first time that any of these brand new apprentices or apprentices had to interact with a woman, interacting with another female plumber. So I think it's good. I think it's important,” said Cannon.

“And I will say that the younger generation definitely has different views than I mean, think back to the 60s and 70s. There were no women in the trades, right? So I think just in general, the newer generation is more open to so many things. So I think that it's not going to be as much of ‘oh my gosh, there's a woman on the job'.”

Cannon said there are many myths associated with the skilled trades; that trade jobs are for people who couldn’t make it in college or that they’re all dirty jobs.

“I think the big thing is getting rid of that stigma that you go into construction when you can't do anything else. And that needs to change. Because like I said, this is not, none of these apprenticeship programs are easy. The schooling is grueling, the testing that they have to go through and get those certifications is not easy. So it does take a big commitment,” Cannon said.

One of the biggest myths is that skilled trades jobs are just for strong, brawny men. 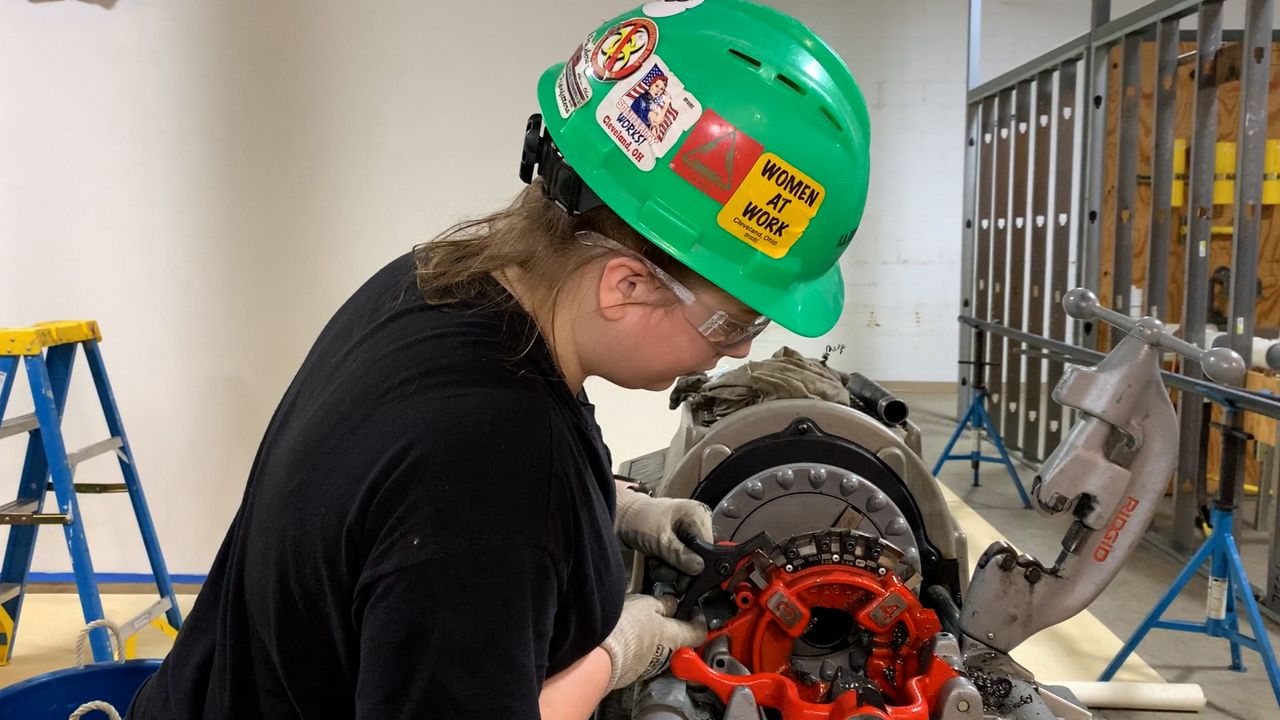 “Physical strength should never be a deterrent for anybody. Because also there are young guys that are small in stature that may not be as strong as a woman. There's men who are close to retirement that obviously aren't going to be as strong as a 20-year-old woman. So it's really not, it should never be a deterrent. And safety is a huge part of our industry, right? Because it can be a dangerous job. So you are not expected to do something that someone physically can't do. We have machinery, we have equipment to help us with these things that are not humanly possible to move on your own.”

In fact, Wells' favorite part about her job is breaking those stigmas.

“Just the fact that I can do everything that a man can that I can prove myself, no matter where I go,” said Cannon. “Females can do anything a man can do. We just need to put our minds to it and just get it done.”

Over at the International Brotherhood of Electrical Workers (IBEW) Local 38, Amy Metzgar is a third-year apprentice who is also heavily outnumbered. 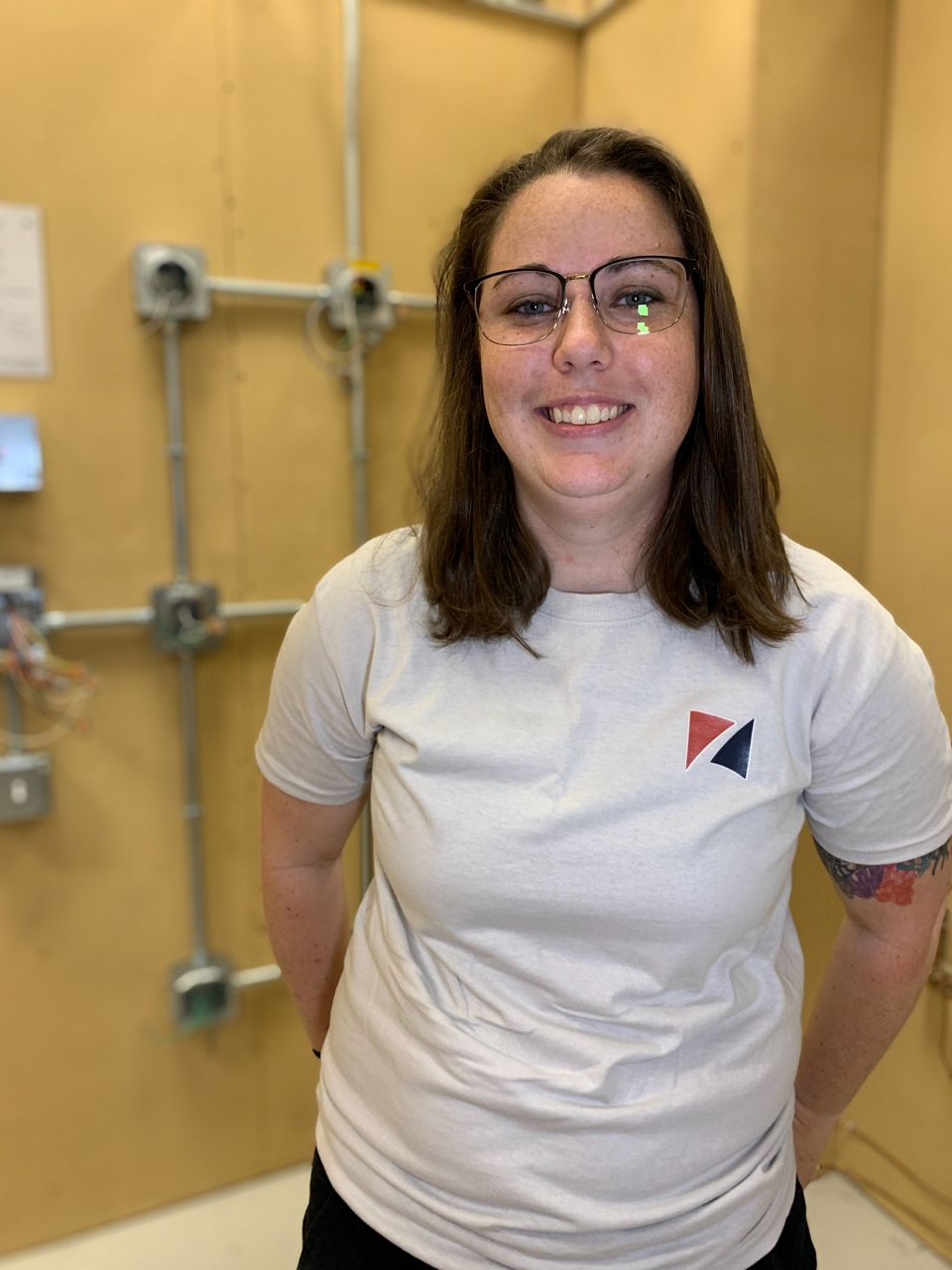 Like Wells, that doesn’t stop her. Instead, it motivates her.

“We're breaking stereotypes every day,” Metzgar said. “It's a great opportunity for high schoolers, especially females, to come and apply. Times are really good right now. And like we're in need of people.” 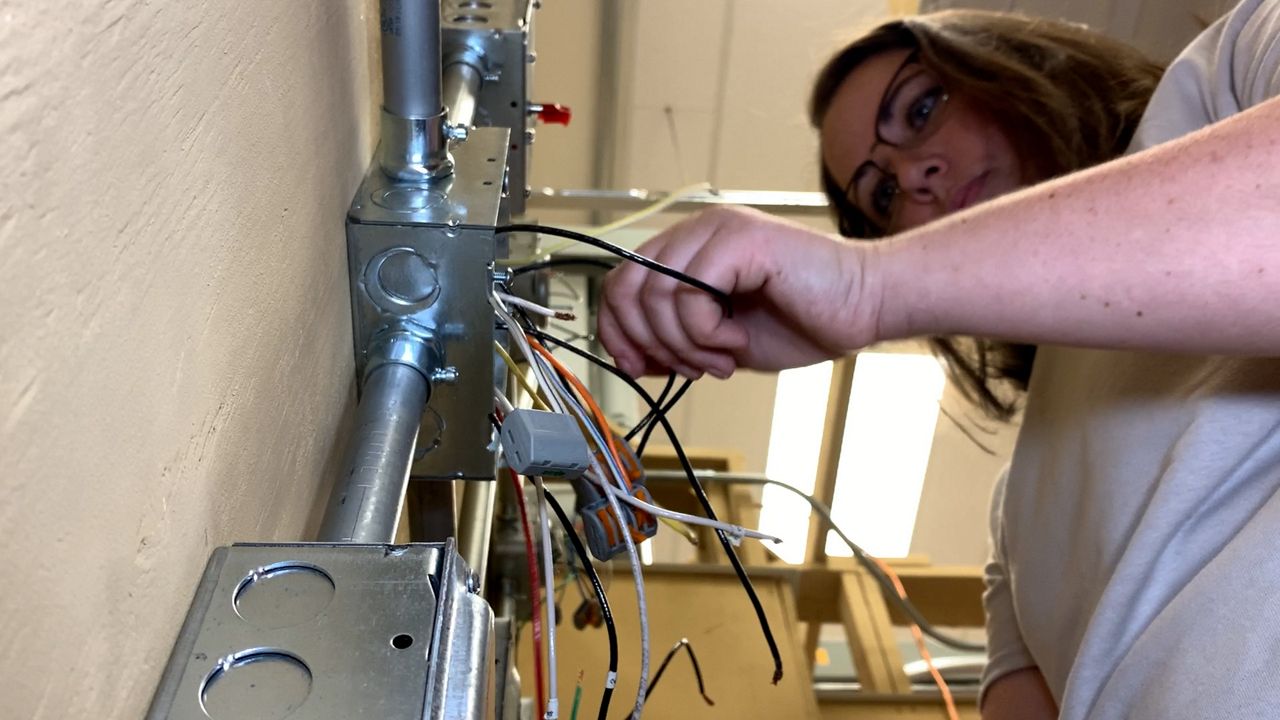 “Baby Boomers are going to be retiring in huge numbers over the next few years. So we have a lot of people that we're going to lose out of the trade, a lot of people with a lot of knowledge and history to them and we really need to start replacing those people,”  Cannon said. “Now is a great time for women to join.”