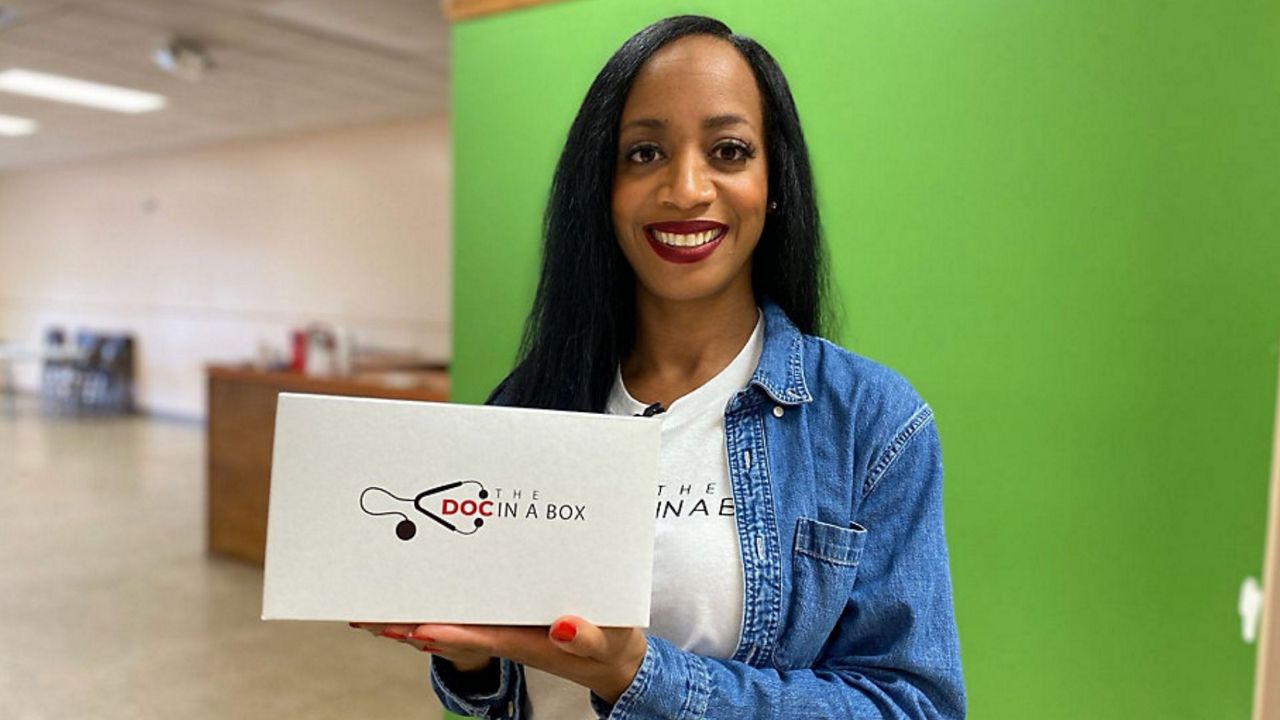 Nurse practitioner creates “Doc in a Box” after hypertension diagnosis

CLEVELAND — Family nurse practitioner Toi Worthy found out five years ago at age 40 that she had high blood pressure.

“I discovered it by mistake," she said. "I was teaching a patient how to use her blood pressure cuff and once I discovered that, it became a realization for myself that instead of being in the provider role, it really put me in a place of being a patient and understanding how patients feel when they are diagnosed.”

The experience inspired her to start her own business called the “Doc in a Box."

What comes in the Doc in a Box?

Worthy has been selling these kits since 2020, but recently she gave some out for free for the first time at the Killingsworth Meeting Place, which is part of the Union Miles Development Corporation in Cleveland.

Worthy says this effort is made possible by the Citizens Bank Small Business Community Champion Award and she hopes to secure other partnerships and funding so that she can donate more often.

“Giving back fulfills my heart more than anything," she said.

When she shares her story with others, she hopes to help people pay attention to their health before something serious happens.

“My blood pressure was high and I said, ‘Oh, this machine has to be broken, right?’" she said to the group of community members receiving the kits. “I was treated as if I were on the verge of a stroke or heart attack, which I probably was.”

Worthy’s hypertension was a shock. She said she was in denial about her diagnosis at first, but then her symptoms showed up and she ended up in the ER.

“When I walked into the emergency room, I wasn’t sure if I was going to walk out," said Worthy.

That life-changing moment encouraged her to make her health a priority by exercising more and eating better.

“Just with those changes, I was able to come off my medications about a year ago,” she said.

And now Worthy hopes the Doc in a Box will dispel misconceptions, because these tools are not just for people with a condition. They're for everyone.

“Well I don’t need it yet because I don’t have high blood pressure or I don’t have this. Well, that’s the point. It’s not to get it, you know, when those things happen. It’s to get it before," she said.