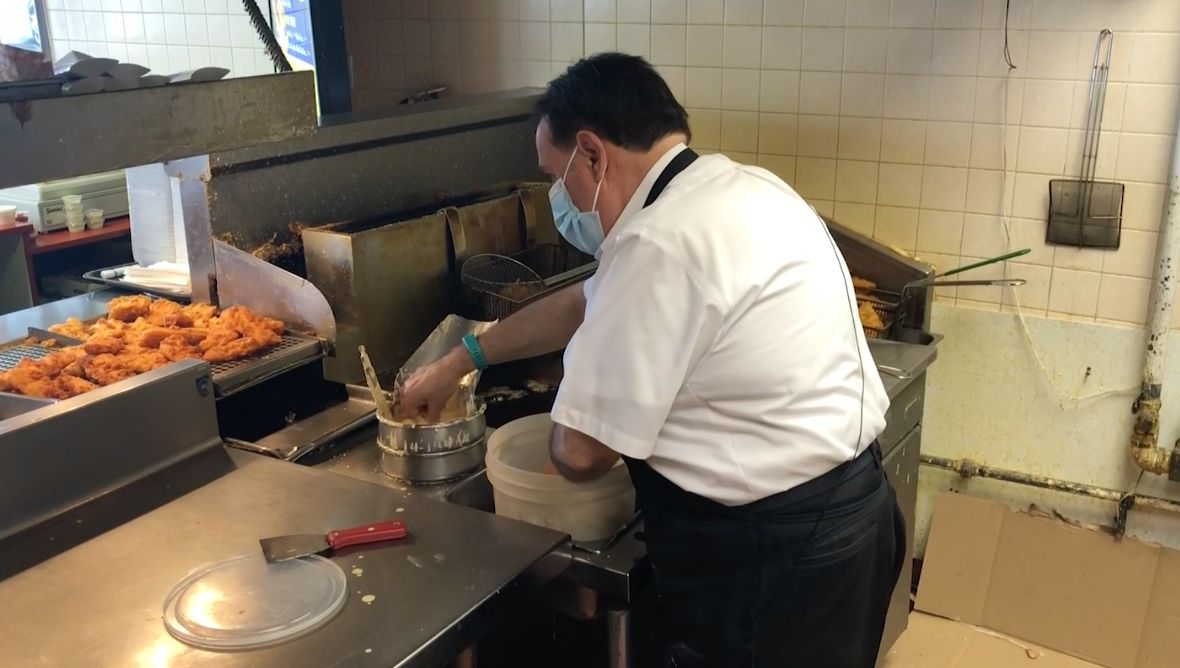 CLEVELAND — Ohio is home to a lot of historical landmarks, and that includes a former big-time fast food chain’s few remaining stores.


While there aren’t as many Arthur Treacher's as there used to be, a location in Garfield Heights is still going strong and giving off plenty of nostalgia to hungry customers.

Ben Vittoria fries up a batch of fish with a very special title.

“The reason why Arthur Treacher’s can use the word "original" is because they purchased the rights to the original Malin-of-Bow, which was the first fish and chip shop in England. And therefore that is why the recipes and so on go back to the 1800s,” said Vittoria.

Vittoria started working at the restaurant in the 70s while in grad school, never thinking it would turn into 40-plus years.

“I had no idea that I would be in the food business. I was going to be a teacher, but it’s been rewarding because of personal growth and business growth,” said Vittoria

And his business has gained some notoriety now that he owns some of the only remaining Arthur Teacher’s in the country. And his location has kept just about everything the same from its menu to hours.

“And that has allowed us to have decent hours of operations. Our crew is a small crew that can be home at a reasonable time, I don’t have a lot of turnover, most of my employees have been with me for a long time, and that makes it a lot easier.”

One of those longtime staff members is Vittoria’s business partner Robert Allen. Allen enjoys seeing customers, especially when they drive from long distances to experience the nostalgia. Allen said he wants to see the company grow again.

“When a customer walks the door and you haven’t seen them for years, and they’re so excited that Arthur Treacher’s is still here, still selling the fish, it just motivates me more to hang in here, just to see one day that someone’s going to come in here and say, ‘Come on, let’s put this thing back together,'" Allen said.

Until then, the two are thankful for their relationship that started in the 80s and are happy to keep the tradition and legacy of the restaurant alive.

“As long as my health holds up and we own the real estate, we plan to be here for the next five to 10 years," said Vittoria.

This historic company is still holding on to what made it a beloved place to eat. ​