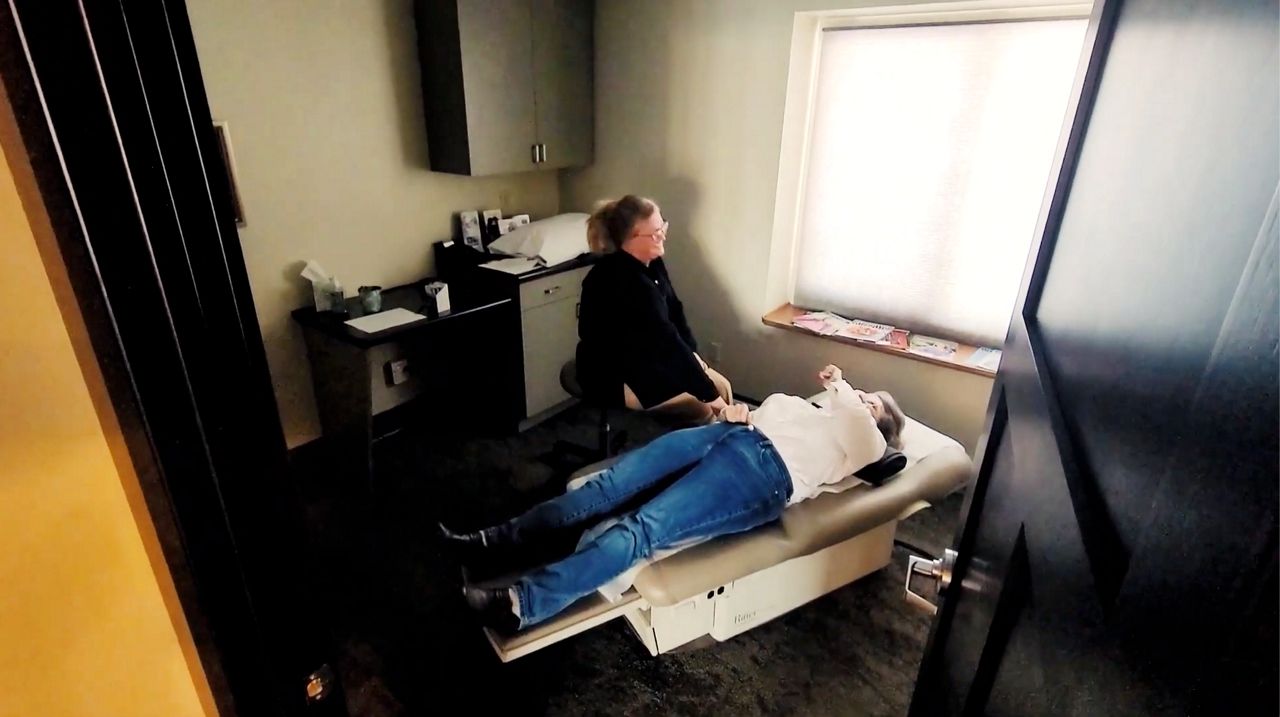 OHIO — About one in eight men will be diagnosed with prostate cancer in their lifetimes, according to the American Cancer Society.

Raising awareness and money for those battling prostate cancer is an effort that’s personal for one Ohio woman.


Stephanie Mueller leaves the house and walks down the street from her Medina home.

“I usually run about two or three days a week, even in the cold weather or the rain. Usually I’m still out there," said Mueller.

The determined runner crosses the street, and while this is something she enjoys, it hasn’t exactly been a lifelong passion.

"It’s a beautiful area. I love to just be out and about. It’s great exercise and activity and never had been active in my life until I decided to run the 5k in 2012," Mueller said.

Back at Mueller’s house, she gets on the computer, saying that social media has played a big part in helping her get sponsors for races.

“Social media has been huge and impactful in helping me to raise the awareness as well as raise funds. When I had put out on to social media that I wanted to try to get 15 other races sponsored, I had them sponsored within a week, and so I thought the challenge would be, ‘Let's do all 41!’ and within a month or so, I had all 41 raised.”

Mueller recently received the National Bold for Blue Impact award at the 2021 Zero Prostate Cancer Summit. It’s a battle that’s personal for Mueller. In 2012, her dad was diagnosed with the disease.

“It was certainly a scary feeling. It’s a scary feeling to think about something happening to your parents, but luckily my dad’s cancer was caught early," Mueller said.

Her father recovered, but the work was just beginning. In 2020, she ran in all 41 of Zero’s virtual run walk 5ks in 78 days, while telling the story of someone impacted by prostate cancer in each race.

She hangs up a quilt designed by a prostate cancer survivor that has a t-shirt design for each person she honored in each race.

Each one has its own importance.

“A good friend of mine, Sussie, her brother, Terry, who unfortunately has passed from the disease, this is their team shirt, so she sent me her team shirt. So when I look at this, I just look at all 41 cities and I ran for or in honor, memory of somebody for each one of those, so this quilt is incredibly, incredibly special to me.”

Mueller continues to be involved in efforts to fight against the disease, through pushup challenges and speaking to lawmakers in Washington D.C., determined to help those like her father.

"I feel that it’s a small sacrifice, or it's a small feeling of being challenged in comparison to men and what they go through on this journey, or their families as well,” said Mueller. “I have met the most incredible people through this disease, people that I would have never met before, but we all have that same passion is to raise awareness and to tell men to get tested.”

A woman battling against prostate cancer in an effort that’s worth every mile.

Zero, the End of Prostate Cancer said Mueller has raised more that $5,000 for prostate cancer research and awareness over the years.