DAYTON, Ohio — At Belle of Dayton distillery, bottler Matthew Kitze is working to build up a stock of their award-winning vodka Vodka.

But the talk of the town surrounds their newest release.

Just this past weekend, people were lined around the block waiting to get their hands on the newest Belle of Dayton spirit.

“We just released out Detrick Rye Whiskey with overwhelming support from the Dayton community,” said Belle of Dayton distillery co-owner Murphy LaSelle. “We were kind of astonished by how many people ended up coming out.”

The new whiskey sold out in just eight hours.

“It was really cool. I was here on Saturday so I saw it all go down. It was really cool seeing it sell out and everything. Seeing the support, the amount of people that took interest in the product," Kitze said.

Murphy said he was surprised by the large turnout.

“You don’t expect that people are going to stand in line in the freezing cold and wait for your product,” Murphy said.

Head distiller Tim LaSelle said the whiskey release was a project that has been in the works for six years.

“This definitely requires a lot of patience in making this,” LaSelle said. “Patience is divine as far as barrel-aging goes. There’s nothing that can really replicate it.” 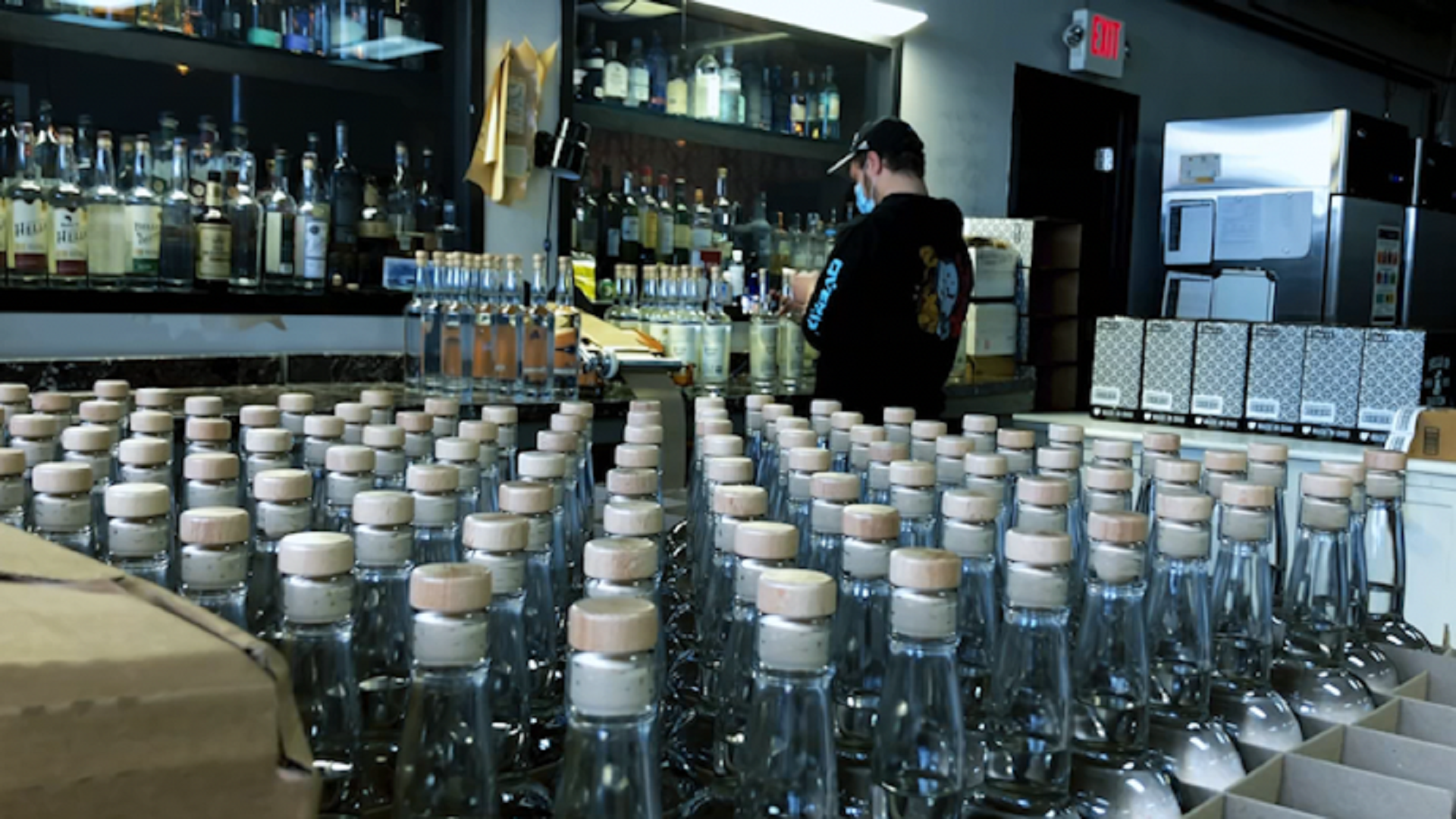 Assistant distiller Tyler Woodrow said seeing the product sell so quickly is awesome because it vindicates their hard work.

“I’m really proud of our team and who we work with and especially all the customers and everyone who supports us,” Woodrow said.

Murphy said early in the pandemic, Belle of Dayton shifted its focus from making spirits to making hand sanitizer, which caused a delay in releasing the whiskey line.

But Murphy said that didn’t stop them from pushing through.

But through all the challenges, Belle of Dayton has stayed true to its mission of creating fine, small-batch artisan spirits, and the Dayton community is rewarding them for those efforts.

“It’s amazing what that does to support a small company,” Murphy said. “We have families, we have homes, we have kids. It’s overwhelming like I said before, but it’s just amazing community support. We try to make products they can be proud of.”