CLEVELAND — The FBI made a visit Friday night to the home of a Cleveland Metropolitan School District (CMSD) employee who resigned Thurday after accusations she attended the riots at the U.S. Capitol the day before.

Pictures began floating around on social media of people inside the building, and social media users identified one of them as Christine Priola of Willoughby, Ohio, who worked as an occupational therapist for Cleveland Schools.

Officers visited her Lakewood home late Friday, according to WKYC. As of Saturday morning, officials had not announced any charges.

CSMD didn't confirm whether the woman in the Capitol images was Priola, but the district released her Jan. 7 resignation letter and her personnel file after receiving inquiries about their former employee.

In her resignation letter, Priola cited personal beliefs as the reason she couldn't continue working for the district. She said she was resigning to switch paths in life to focus on exposing the "global evil of human trafficking and pedophilia," including in the government and children's services agencies. She also cited fears of being forced to take the vaccine to continue working for the school district, though Ohio has no such plans to require that school staff be immunized.

She also lists her disagreement with her union dues as a reason, adding that she believes the dues help fund people and groups that support abortion.

CMSD issued a statement saying questions raised about the former employee's alleged involvement in the riots have raised questions about the district's position on the events in D.C.

While CMSD said it believes in the right of any individual to peacefully protest, the district condemned the actions of those involved in the riots inside the Capitol and on the grounds.

"The right of peaceful protest, as protected by the First Amendment, is a foundation of our democracy. The forcible takeover and willful destruction of our government is not," CSMD wrote in a press release.

"The Cleveland Teachers Union strongly condemns the violent attack on our democratic institutions that occurred this week. Rioters who broke the law should be held fully accountable," the statement said. "We are aware of reports of Cleveland teachers who engaged in rioting in the Capitol. We take these allegations very seriously and if true, they must be held accountable."

Before Priola was identified, D.C. Police Department PowerPoint of persons of interest "responsible for Unlawful Entry offenses" included a picture of Priola and said federal charges were pending. 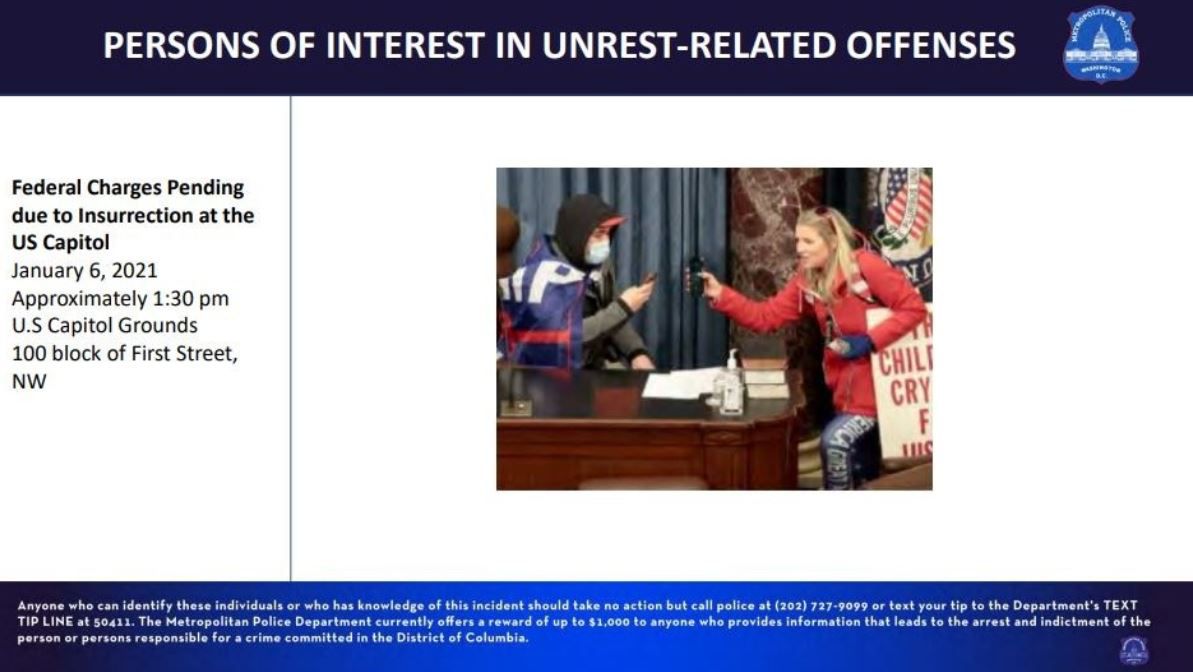 The union didn't confirm whether it was Priola at the rots and efforts to reach by phone and email Priola have been unsuccessful.

The U.S. Attorney for the Northern District Justin Herdman of Ohio has said he would hold anyone rioting in the Capitol accountable, but his office didn't confirm if Priola is being investigated.

A spokesperson for the Northern District said Thursday prosecutors need the public's help idenifying Ohioans who broke the law in D.C.

"Prosecutors with the Justice Department and investigators from the U.S. Capitol Police, FBI, ATF, Metropolitan Police Department, have already begun to gather evidence, identify perpetrators, and charge federal crimes where warranted, against individuals involved in yesterday’s attack on our government," spokesperson Daniel Ball told Spectrum. "Our office stands ready to prosecute any individuals from the Northern District of Ohio who are identified in the course of these investigations."

Herdman's term came to an end on Friday after he announced three weeks ago that he would step down. Former First Assistant U.S. Attorney Bridget Brennan has taken over the role.

Lights out. My job is done. But the work of ⁦@TheJusticeDept⁩ continues... tonight, tomorrow, & all the years to come. I will return to private life & sleep soundly knowing that my family is watched over by this Department & all of our law enforcement partners. Thanks all. pic.twitter.com/L6sVALym77