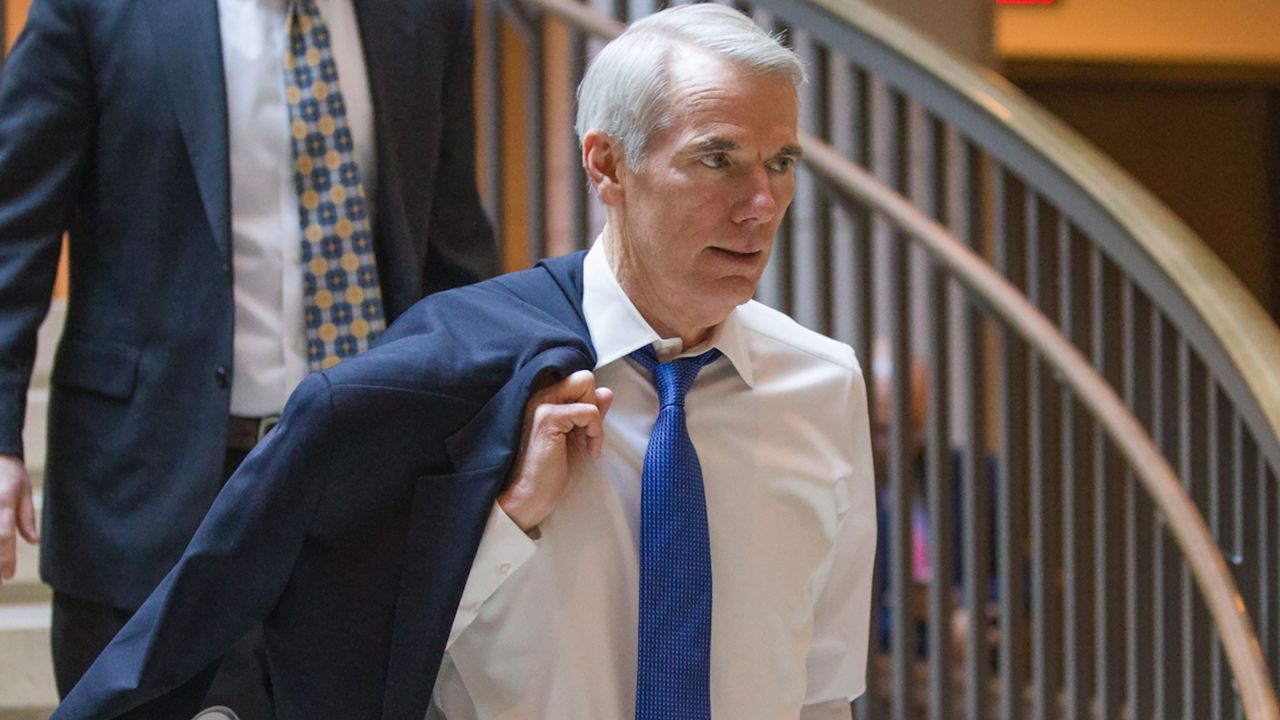 COLUMBUS, Ohio — President Donald Trump won Ohio by more than eight points for the second time. But that is not stopping Democrats from taking aim at one of his most loyal supporters in the state.​

Rob Portman, Ohio's junior senator, is currently serving his second term and is not up for re-election for another two years, but Democrats are not waiting that long to pounce on Portman.

They think he is vulnerable because Trump lost.

"Whatever happens in the coming elections, Rob Portman's legacy is sealed. He's one of the people who enabled Donald Trump to do the worst things that he did," says David Pepper, the Ohio Democratic Party's (ODP) Chairman.

“Senator Portman continues to deliver results for Ohio as evidenced by the fact that more than 120 of his bipartisan bills to create jobs, address the opioid epidemic, combat sex trafficking, and much more have been signed into law under both the Obama and Trump Administrations. Portman continues to work across the aisle to get things done for all Ohioans, as he will for years to come.”

According to a congressional voting tracker, Portman has voted with Trump more than 91% of the time, a stat that is actually middle of the road for Republicans.

"The question is where did you stand at those key moments where the choice was democracy or Trump. Rob Portman scores 100% with Trump," Pepper says.

"One thing we worked hard on as a party in the last couple years is building a strong bench of candidates," says Pepper.

"Because the Democratic Party's bench is not deep, they don't really have many people who are kinda waiting in line to advance to a statewide run," thinks Professor Emeritus Paul Beck of Ohio State University's political science department.

Beck believes Whaley and Ryan are the strongest of that bunch.

"Whaley, in many ways, is a very appealing candidate. (She) speaks well (and) would run well I think on the statewide stage. She also has the same problem that actually Tim Ryan has and that is they're not really well-known outside of their particular area," says Beck.​

Incumbents have the natural advantage there and Beck says whoever the nominee is needs to appeal to independents along with Democrats. Yet, the 2022 midterms may be harder to predict than the last several. The races are typically seen as a referendum on the president and the last two administrations had trouble hanging on to congressional seats.

Portman won his first term during the 2010 midterms by nearly 20% when then-President Barack Obama was in office. He won his second term by more than 20 points in 2016 when Trump was on the ballot.

"The question will be with (Trump) not on the ballot, will that fall back to more normal levels on the Republican side, and if so, Portman has less of a chance of winning. Although, I think still a very good chance if he's the nominee," Beck says.​

"Rob Portman is far more defined than he was and I think there will be a lot of energy to unseat him that there wasn't in '16 and in '10 where people didn't even know him," says Pepper.

Editor's Note: Kathleen Clyde's title has been changed for accuracy. The previous version stated she was a former congresswoman. She is a former representative.