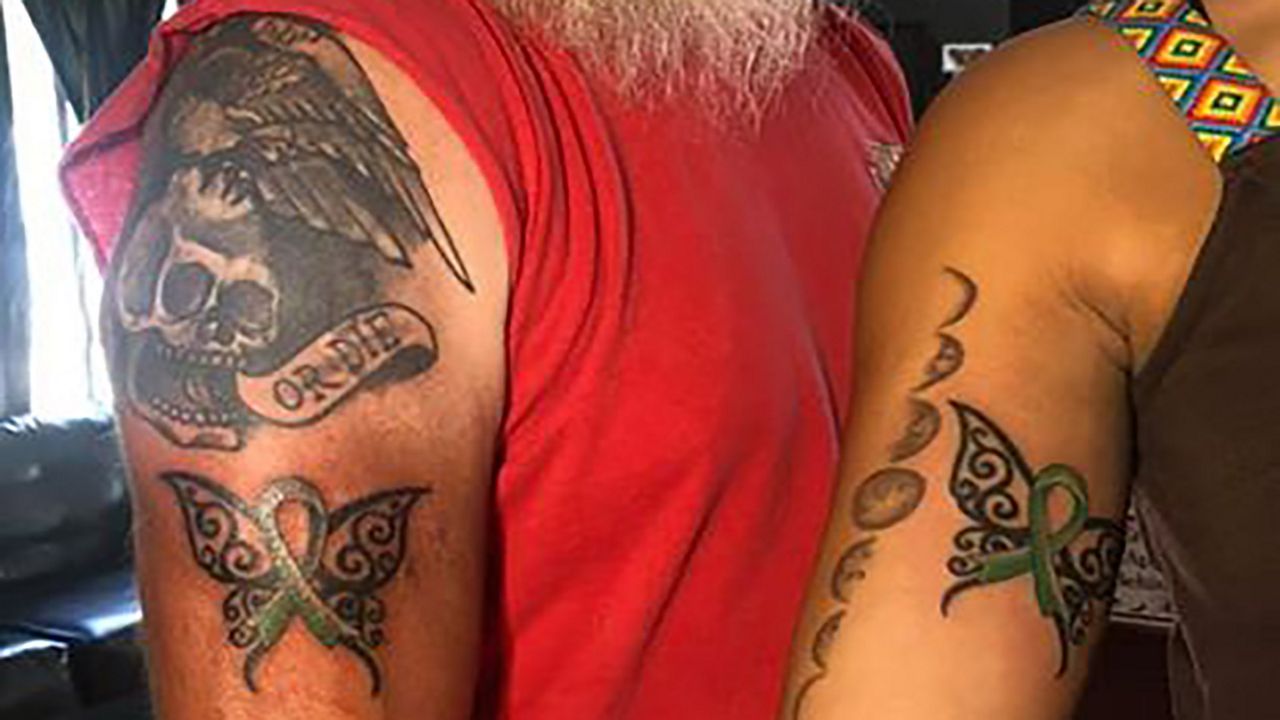 TOLEDO, Ohio — Don Caskey doesn’t know how many years he has left.

But he knows he wants to be remembered while he's still here fighting  for his life.

“I can’t take anyone with me when I go, and what I’ve got is a terminal illness, so I believe I can take my memories with me,” said Caskey.

While battling stage four kidney cancer, he went to a tattoo artist Julian Ybarra in Toledo with an idea.

“I was nervous even having contact with him because of the COVID deal. (I) wasn’t sure if I was exposed to anybody, and I wasn’t sure about his health," said Ybarra.

   But Ybarra got to work on Caskey's request : Get matching tattoos with complete strangers.

Indigo Harris was one of them.

“I thought it would be special. I’ve never done it in my life. I really never thought about it, and so I guess what he’s going through kinda just opened my eyes a little bit,” said Harris.

Caskey posted the pictures on Facebook, and it just kept going. In a matter of a few weeks, he says he now has 60 matching tattoos with people he’d just met    .   

“Each one is its own experience, and each one has its own individual story, and that connection with that person and that meaning with that one tattoo, it’s just one of the best feelings I've ever had in my life,” said Caskey.

The tattoos now fill up both of his arms, and even as he’s battling cancer, he says there's still room for more while he's still here.

“To me, it’s human connectivity and not only are they supporting me, but somehow, what I’m doing is supporting them, too,” said Caskey.