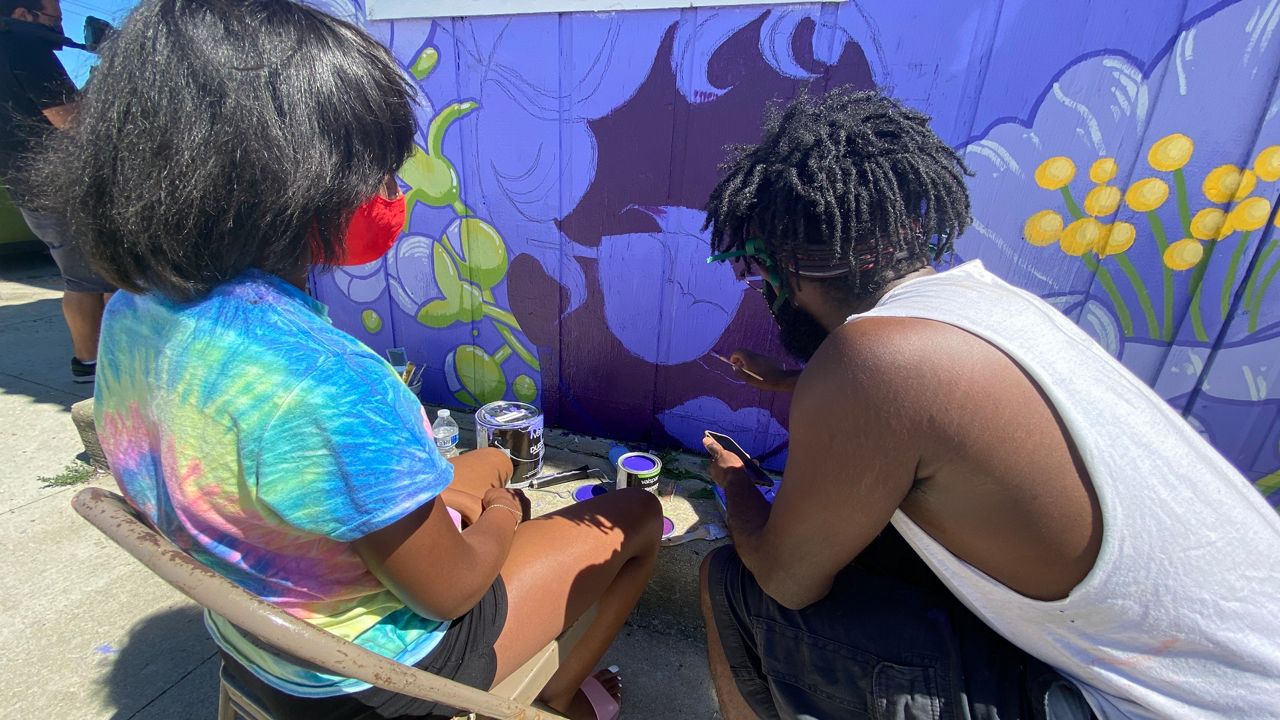 COLUMBUS, Ohio — Marcus Billingsley has turned an abandoned church in the Milo Grogan neighborhood of Columbus into his canvas.

But, he’s had help along the way from Keiziah Jackson, a Columbus City Schools freshman with a love for art.

The two met through the 934 Mural Mentorship Program, which helps teens channel their passion for art — a cause Billingsley can get behind.

“Art is so important. A lot of schools are getting rid of that. Like, I went to an arts high school growing up and they were talking about cutting the funding for the arts and I was like, it’s an arts high school, so it’s just going to be a normal high school. And where I grew up in Cleveland, art was an escape for a lot of those kids, you know, experiencing drawing, painting, playing an instrument, theatre — it was an escape from the reality from what’s around them,” said Billingsley.

Billingsley is a 2017 Columbus College of Art and Design graduate. The mural he’s working on is an original design.

“So, the name of my piece is Darker Berry, and that’s an illusion to an old 70s movie called "Foxy Brown," and in that movie, there’s a line where someone says 'the blacker the berry, the sweeter the juice,'” he said.

It’s a piece he says is even more meaningful right now.

“It’s very, very important. You know, for the longest time while I’ve been trying to find out how to use my artwork and my talents to give back to my community, and I’ve really found a calling in public art to be able to delineate such messages like Black Lives Matter in an open front area you know.”

And while raising awareness of social justice issues and giving back to his community, he’s taught Jackson a thing or two about art.

“I’m excited to grow and progress as an artist from what I’ve learned from the program, and like my style of art, and like, just not necessarily changing it, but adding to it and growing as an artist.”