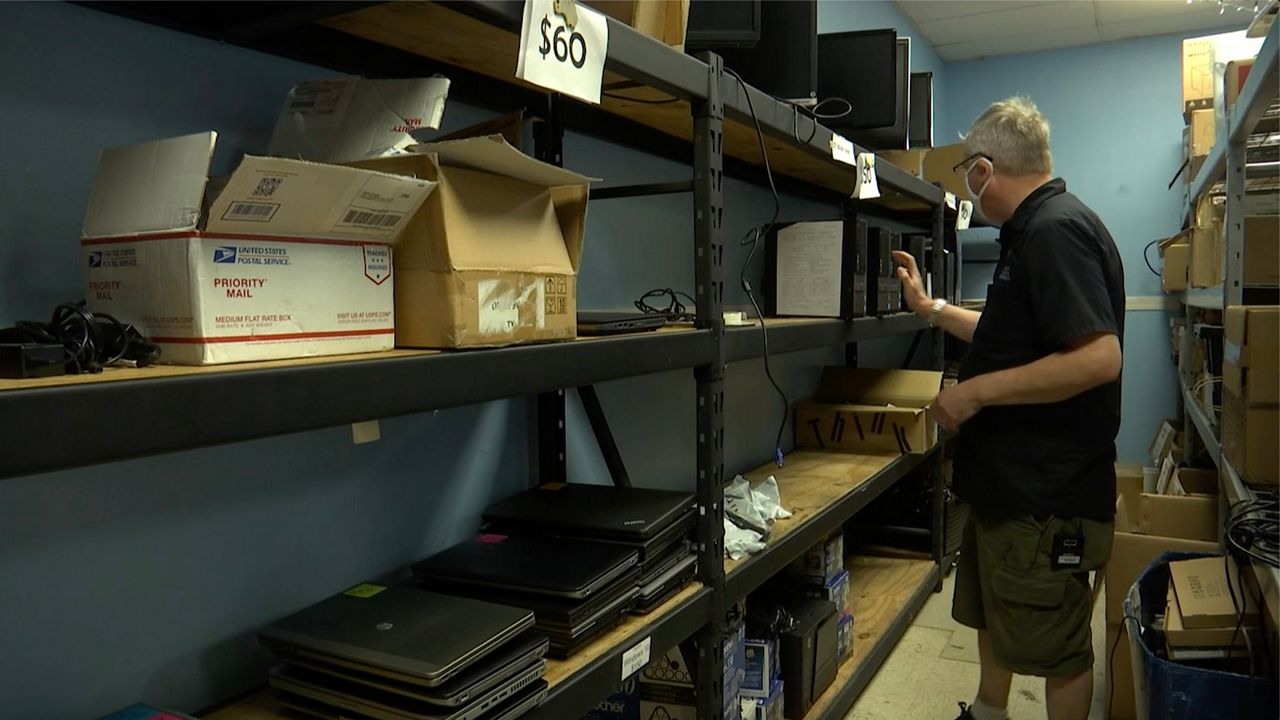 CINCINNATI, Ohio — As another wave of Ohio students return to school, many are still going back virtually, which means they'll need a reliable computer.

It's an essential and costly piece of equipment, but the Cincinnati Computer Cooperative is working to make the technology more accessible.

Executive Director Frank Adams spends his day performing mechanical surgery on hundreds of used computers and laptops. He uses his delicate touch to get those old computers ready for new users, but only the best make it out.

"Some of them are dead and they get weeded and scrapped," he said.

The nonprofit's shop is full of used tech donated from corporations around the greater Cincinnati area. Most of them are three to five years old, typically donated when a company is upgrading their computers.

Adams said the refurbishing process usually starts with wiping the hard drive and getting the operating system up to date but occasionally, Adams said he and his team need to do more work, replacing parts, cleaning out dust and fixing hardware.

His team then turns around and sells the technology back at less than a third of the price of a brand new machine, but not everyone can buy them.

“It’s only students, teachers, elderly, someone on public assistance, schools or other nonprofits,” Adams said.

“We’re taking on more employees, we’re working much harder," Adams said. "We’re not having volunteers come in at all right now so it’s all employees right now.”

Now as virtual school ramps up, Adams said the need is more urgent than ever.

"I'm getting a lot of emails right now that say, my school doesn't have laptops and my child needs one for distance learning," he said. "I've gotten four of those emails just today."

Typically, Adams said corporate donations are enough to meet demand but he said since the pandemic began those donations have become fewer and farther between.

“We started buying computers on the secondary market," he said. "That’s been getting pretty expensive.”

Adams said the nonprofit is doing its best to keep up but they can't keep adding costs forever. He said they'll need an uptick in donations soon if they're going to keep kids connected through the fall.

Right now Cincinnati Computer Cooperative is only accepting corporate donations because they typically come in large quantities are in good condition and are quick and easy to turn around and resell.