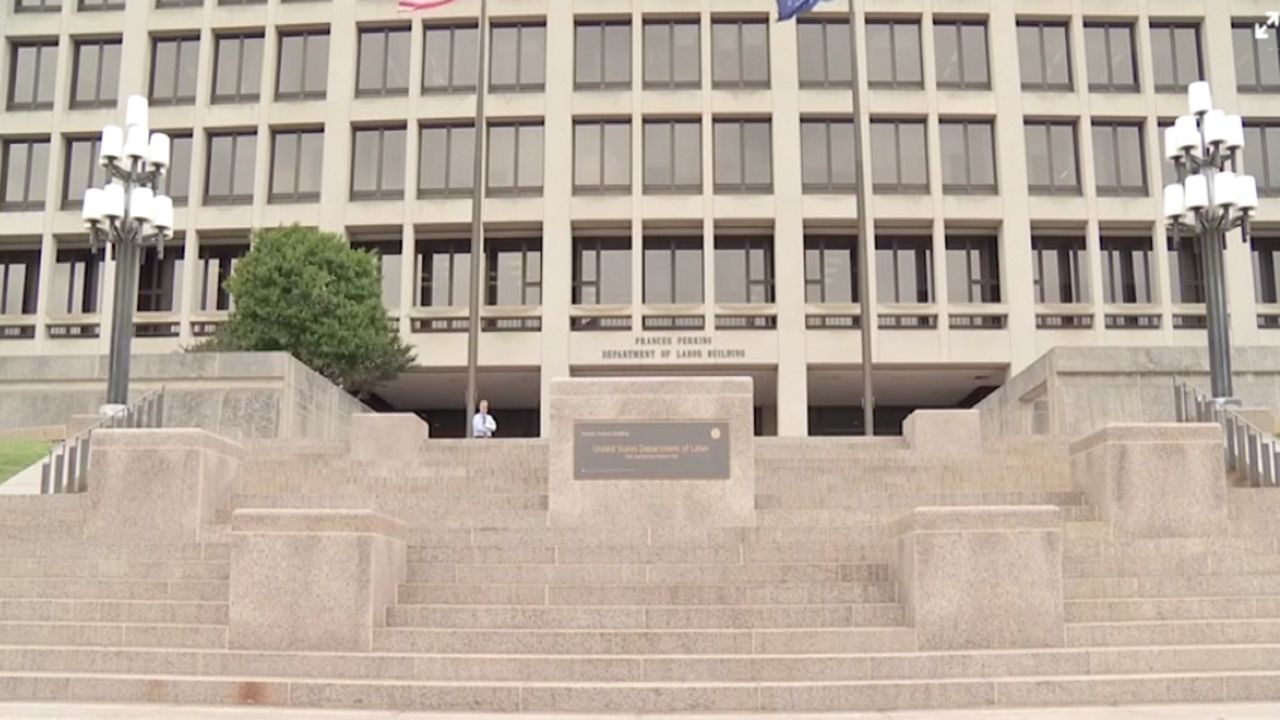 COLUMBUS, Ohio — We first talked to Renee Mauk a few months ago when she was awaiting PUA benefits.

She got them a month ago, but then this week— "I always get them by Monday afternoon. And when I didn’t get them, I went into  my PUA account and did some searching, and there was an issue in the issue and determination box that said 'fraud,'" said Mauk.

Mauk is one of thousands whose benefits are now on hold because of a nationwide fraud investigation involving PUA.

After waiting months for benefits in the first place, now she and many others are waiting again.

"A little bit confusing to say the least, so I’d say I’m still pretty frustrated with the unemployment system. I was happy for about a month," Mauk said.

Madsen says they don’t have totals on the fraud in Ohio yet, but says the potential number is high.

"States that were hit earlier than Ohio, that the amounts can reach hundreds of millions of dollars. So, these are not small operators, these are large-scale fraudsters that can draina lot of public dollars very quickly."

The Department of Labor identified an increase in fraud activity back in May, but Ohio’s PUA program didn’t begin paying until June.

It’s the latest issue with the rollout of the federal program, but ODJFS Director Kimberly Hall says it’s not connected to the data security incident in May.

"This is not a failure on the part of the PUA system as designed by Deloitte. It's more access somehow to identity information that bad actors have acquired in some other space and they're using it to apply for benefits," she said.

Now Mauk and the thousands of others affected will have to resubmit verification documentation, including identity documents, bank accounts and tax information, and wait for them to be verified.

They must also fill out a questionnaire online and return it to ODJFS before benefits can be released.

The department estimates that 80-90 percent of the 276,000 flagged claims are fraudulent.

Hall says they are redirecting resources to handle the verification for valid claims, but reports in a Facebook group for PUA claimants say Ohioans have been waiting several weeks to be verified, and issues connecting on the phones with reps continue.

"We are streamlining that process for them this week, adding more resources to the phones, so that we can get and move those verified individuals through the process," said Hall.

Mauk says though she’s back to work, she’s not back up to her full wages. And now she’s wondering again how to make ends meet. Even when she gets her benefits back, the extra $600 in federal benefits won’t be in her account since that has yet to be renewed in congress.

So she’s left waiting, once more.

"At this point, I think they’re going to have to work a little bit faster because it doesn’t seem right to stop people that really need the benefits because they didn’t get enough information in the beginning," said Mauk.

ODJFS released a statement over the weekend saying that they have released 1,500 accounts previously marked fraudulent.

Hall says the department is working to identify banks that are not involved in the investigation to get benefits flowing faster to groups of Ohioans.