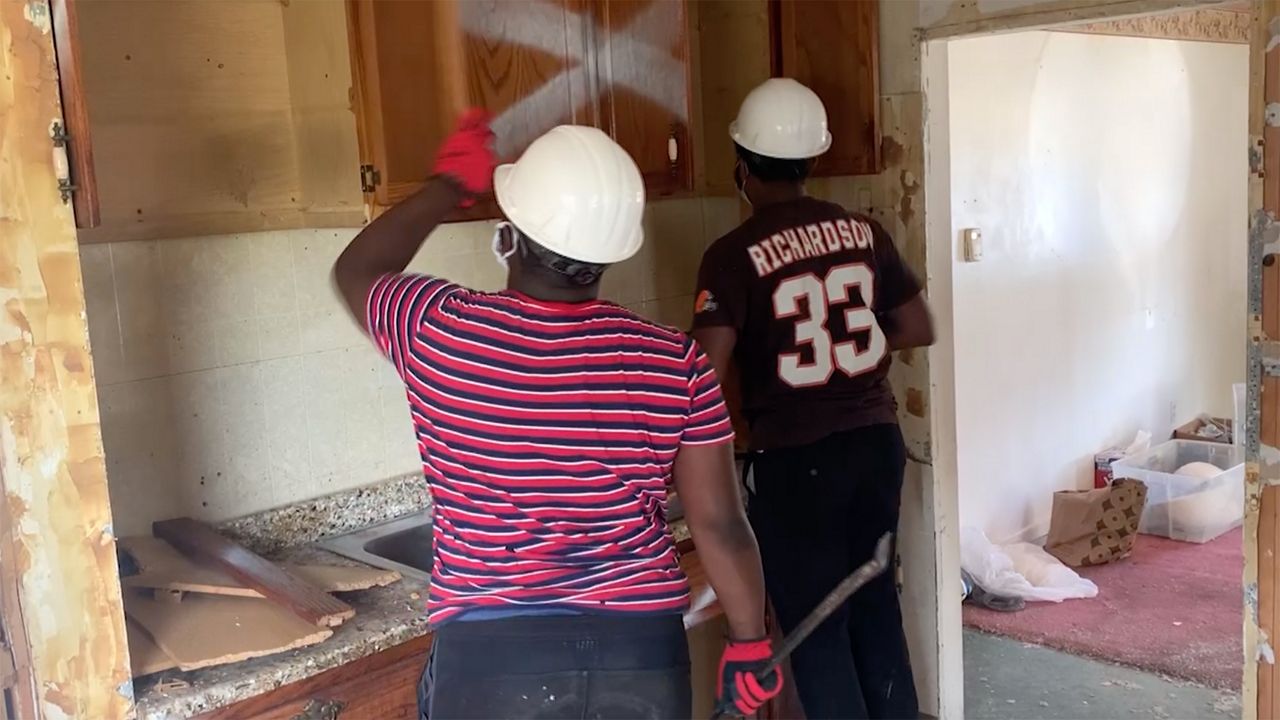 Teens From Boys and Girls Clubs Are Rejuvenating Cleveland Neighborhoods

CLEVELAND, Ohio — Neighborhoods throughout the city of Cleveland are getting a much needed face lift.

Sixteen teens from the Boys and Girls Clubs of Northeast Ohio are rehabbing homes in underserved neighborhoods as part of the "Building Great Futures" initiative with Habitat for Humanity and Youth Opportunities Unlimited, a nonprofit workforce development organization.

"Habitat has a plan to concentrate on certain neighborhoods, and what we found is when you focus on a street and really renovate a number of houses on that street, and maybe do a clean-up on the rest of the street, suddenly it becomes a much more vibrant neighborhood," said Larry Vandendriessche, a volunteer with Greater Cleveland Habitat for Humanity.

The program serves as a launching pad for teens interested in the construction industry. They're learning everything from plumbing to electrical, carpentry and HVAC.

"It's important for them to be able to start early, so then they can start making decisions as far as what life is going to be like after high school so they can start planning now," said Tory Coats, the director of Career Readiness for the Boys and Girls Clubs of Northeast Ohio.

James King, 17, is following in his father's footsteps. He said this opportunity will prepare him for a future career as a tradesman.

"My whole family does it. My dad does construction and lays concrete, my grandad also lays concrete. I like to be hands on, I like to stay active, touching the stuff, breaking stuff," said King.

The teens were all trained in the construction trades at Associated Builders and Contractors in Broadview Heights before working on the homes. They each have earned federal Occupational Safety and Health Administration certification.

"At first it was pretty nasty, especially the basement—it stinks so bad, but we got everything together, it's starting to come together pretty nicely," said Tremond Luke, 18. "It's fun. It's a lot of hard work though."

By the end of summer, two homes will be completely renovated and move-in ready for families in need.

"The impact and the work that they're doing has a larger impact on the community as a whole and affecting the lives of some people, and it's fulfilling for them as well," said Coats.