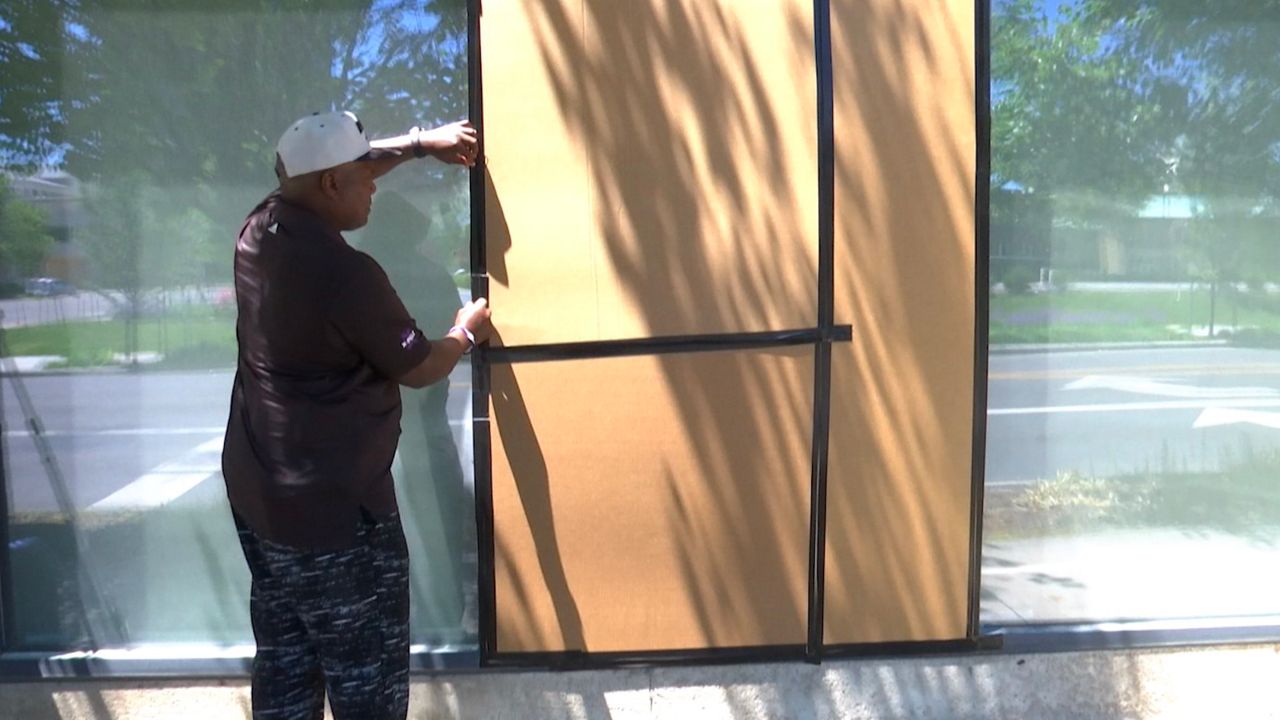 COLUMBUS, Ohio — “It's just been a very tough time for all of us,” said longtime security officer Wallace Tanksley

Tanksley oversees security at Columbus College of Art and Design.

The campus of a little more than a thousand students has seen thousands of dollars in damages done to its buildings near downtown over the past five days.

“It's not the message that I would like to give to the people, as far as, you know, peaceful demonstrations, go through legislation to make changes,” said Tanksley.

Tanksley also works as a special deputy for the Franklin County Sheriff's office. He says he has spoken to police chiefs and directors across the country, all who remain outraged by the actions of the former Minneapolis officer, now charged with killing George Floyd.

“A few officers are giving us all a bad name and we are tired of it too. We're ready to stand up with the public and address the bad doing,” said Tanksley.

Tanksley believes in the right to peacefully protest, but says all the destruction and violence across the country is counter-productive.

“Black and whites have joined together to stand for this cause, but it's just a minute group of people who are causing the trouble and that's who we need to weed out,” said Tanksley.

As for the damage done to the CCAD campus, Tanksley says windows can be replaced, but the larger healing needs to happen from within humanity.

“Take pause and think about each other's feelings and what is happening around the world and try and keep each other safe, you know, that way we all could prosper,” said Tanksley.