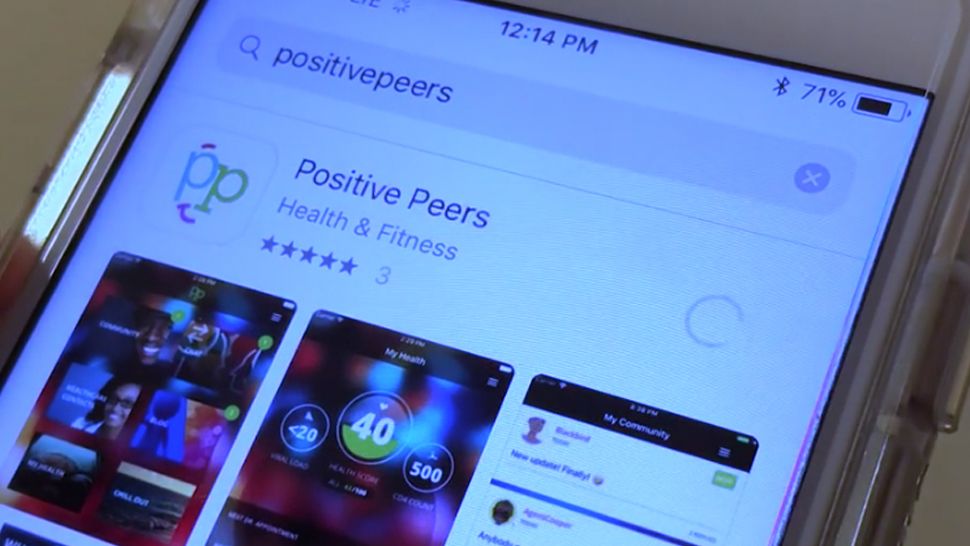 CLEVELAND, Ohio — When Cederick Taylor was diagnosed with HIV two years ago, it was an emotional time in his life, and he had a lot of questions.

How do you cope with it? How do you talk to people about the situation? Do you guard yourself? Do you put yourself in a box?” Taylor said.

Taylor turned to Social Worker Jen Mcmillen-Smith, who was there to answer his questions and introduce him to a support group Taylor could take wherever he goes — the Positive Peers App.

“People were telling us just knowing that there's that community 24/7/365 of people young, living with HIV in Cleveland like me makes me feel safe and secure, it makes me feel supported.” Smith said.

Smith, who has been working with young people living with HIV for 21 years, often stresses the importance of community at her HIV support groups.

Along with her employer, MetroHealth, which is Cuyahoga County's public healthcare system, she worked with two local marketing and web development firms to create a secure social network — the Positive Peers app.

“It's really important for a person to know that they're not alone and that they have someone else living that same kind of experience, or at least similar, at least we have one issue in common to connect with,” Smith said.

Taylor says at first he was slow to connect with others and used the app's other features, such as the informational blogs and medication reminders.

“One thing that took my attention was the articles. So, then I began to read the articles, understand it a little more, and that's kind of what helped me grow,” said Taylor.

Taylor’s confidence grew and soon he was sharing his story with the over 200 users of the app, 100 of them being MetroHealth patients.

“On the app, there is a ‘Tales of Triumph’ section, and I had the opportunity to put my story there, and for me that was like, I’m putting myself out there now at this point,” Taylor said.

He says putting himself out there helped him find his voice, and his purpose.

"There were people who were reaching out to me that I didn't know who had it and they were like, how did you cope with it? And I was like, oh, this is, this is where I come in,” said Taylor.

The app isn’t only boosting confidence, but it’s having a positive effect on users' health as well.

“We found that the app makes people more likely to have that viral suppression sustained over time. So, it's a beautiful outcome... we're studying now to see if we're doing things like lowering people's perceptions of stigma and isolation that they feel,” Smith said.

The Positive Peers team at MetroHealth is working to expand and connect with health providers across the country, particularly those serving communities with high concentrations of patients living with HIV.

“We really want to see this app go from a little local Cleveland MetroHealth app to something that is nationwide that any person living with HIV can use,” said Smith.