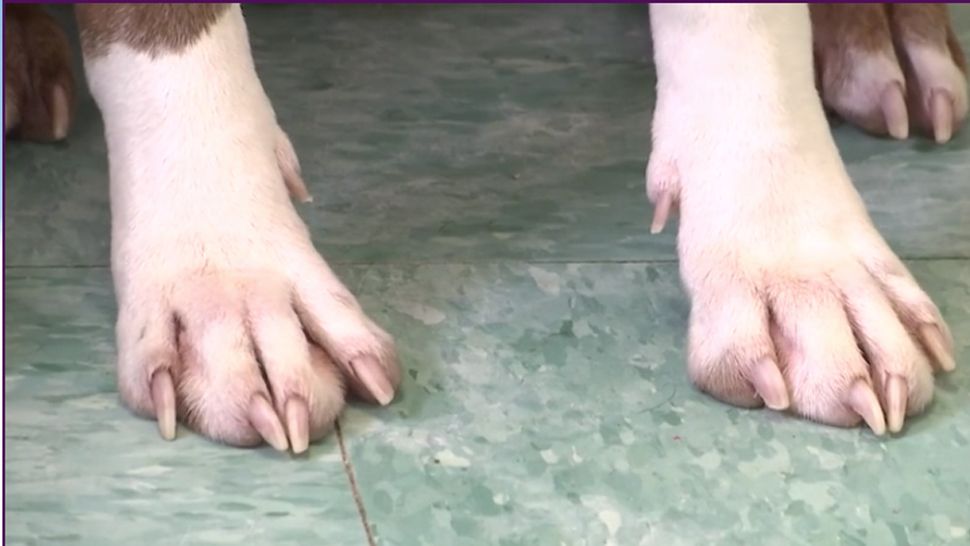 COLUMBUS, Ohio — Researchers at The Ohio State University and Nationwide Children's Hospital wanted to see if any patterns emerged when it came to the most severe dog bites in kids—specifically to their faces.

And they say Pit Bulls and mixed breed dogs were most often to blame.

But there are families that are passionate about those breeds— coming to their defense —saying any dog is capable of biting.

They say it comes down to environment, parent responsibility, and educating your children about how to be gentle and respect the dog's space.

"The best thing that Daffodil has added to our family is just her unconditional love," said Ensell.

She says Daffodil is only aggressive with snuggles, despite her traumatic past with kids.

"She had been thrown into a pond by a group of boys," said Ensell.

Then rescued, the shelter was a lot for her, especially being blind.  She was put on the euthanasia list.

Speak for the Unspoken, a rescue group that focuses on dogs with special needs, took Daffodil in. Ensell fosters dogs with them and that's how this pup would end up meeting her family.

"Knowing that Daffodil was abused and left for dead in a pond and how loving she is regardless of that and just would never hurt a fly.  I think that every dog deserves a chance to be loved and adored and part of a family,"​ said Ensell.

"She's super calm and she's a lap dog and she doesn't like too hurt anyone,” said Ryan Ensell.

Kate Ensell says she completely trusts her dogs, but says kids need to be constantly educated about how to interact with all canines.

"With her being blind, that subtle movements could really startle her," said Kate Ensell.

"There was definitely some level of provocation with the dog bites and I think a lot of it was children being unsupervised with dogs,” said Elmaraghy, study co-author. “They can't understand why if a two year old is smacking them in the head, they're going to feel like that's a threat."​

He's one of the researchers in a new study with The Ohio State University looking at the most severe dog bite injuries to kids over the last 15 years.

The study also says 60% of the bites came from dogs where the breed could not be identified, but are often larger dogs and those with square heads, and the majority of cases were in fact the family dog.

"Dogs are not only possessive, they're very territorial," said Elmaraghy.

He's the department chief for pediatric ear, nose and throat surgery at Nationwide Children’s Hospital, so when he's called in… it's severe.

So, he says this research is to help families with young children make decisions on what dog to adopt, to remind parents to be constantly supervising interactions and educating their kids on how to respect the dog's space, so they don't end up with lasting trauma.

"Unfortunately for children who get bit in the face, there's no way for you to heal without a scar," said Elmaraghy.

The Ohio State University is offering these additional tips for parents to keeps their kids safe around any dog: