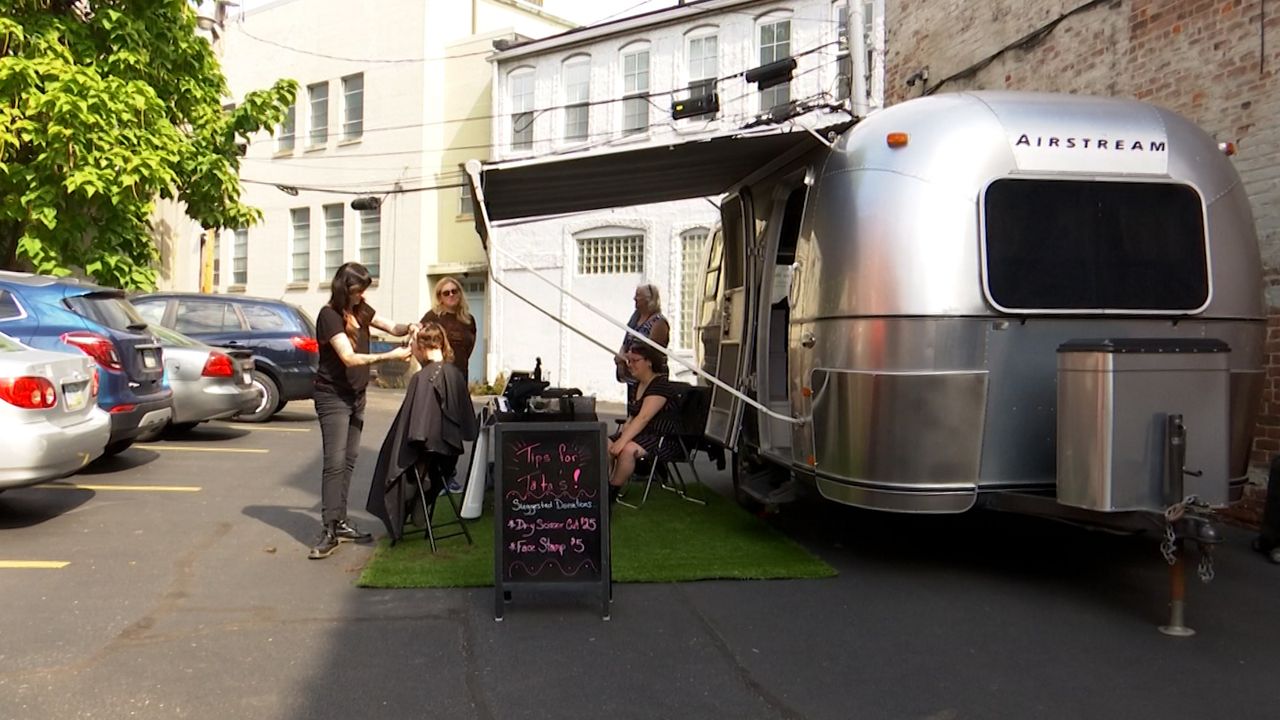 DAYTON, Ohio — In October, Mary Kathyrn Burnside had a lot to celebrate. Her boutique, Clash, marked 10 years of business, the art community surrounding her in the Oregon District was thriving and she was through what she hopes was the worst of her cancer treatment.

It was time, she thought, not just to mark those victories with the community that supported her, but also to give back because Burnside knows she’s far from the only woman in Dayton fighting the same battle.

The Centers for Disease Control and Prevention reports one in eight U.S. women develop breast cancer at some point in their lifetime and there are hundreds of thousands battling across the country right now.

Burnside got her diagnosis in January, starting treatment soon afterward.

“I started chemo in March,” she said. “Had a double mastectomy in April.” 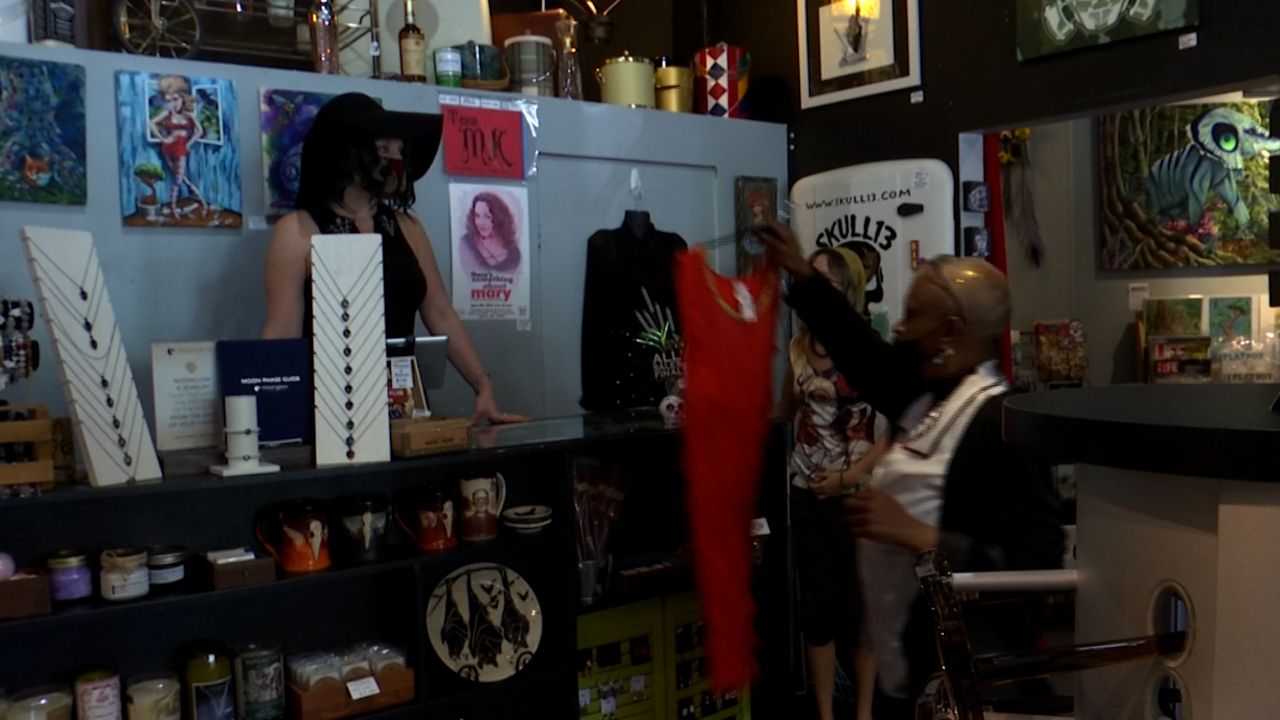 Burnside checks out a customer at Clash

As the Dayton community watched the mother, business owner and longtime patron of local art fight the disease, many wanted to find a way to help, including friend and salon-owner Amber Bromer.

“I approached her about doing a cut-a-thon to raise money for her,” she said.

Bromer expanded her business, Salon Noir, over the past year investing in an Airstream to serve as a mobile salon. She offered to pull it up beside Burnside’s shop and donate her services as a fundraiser. 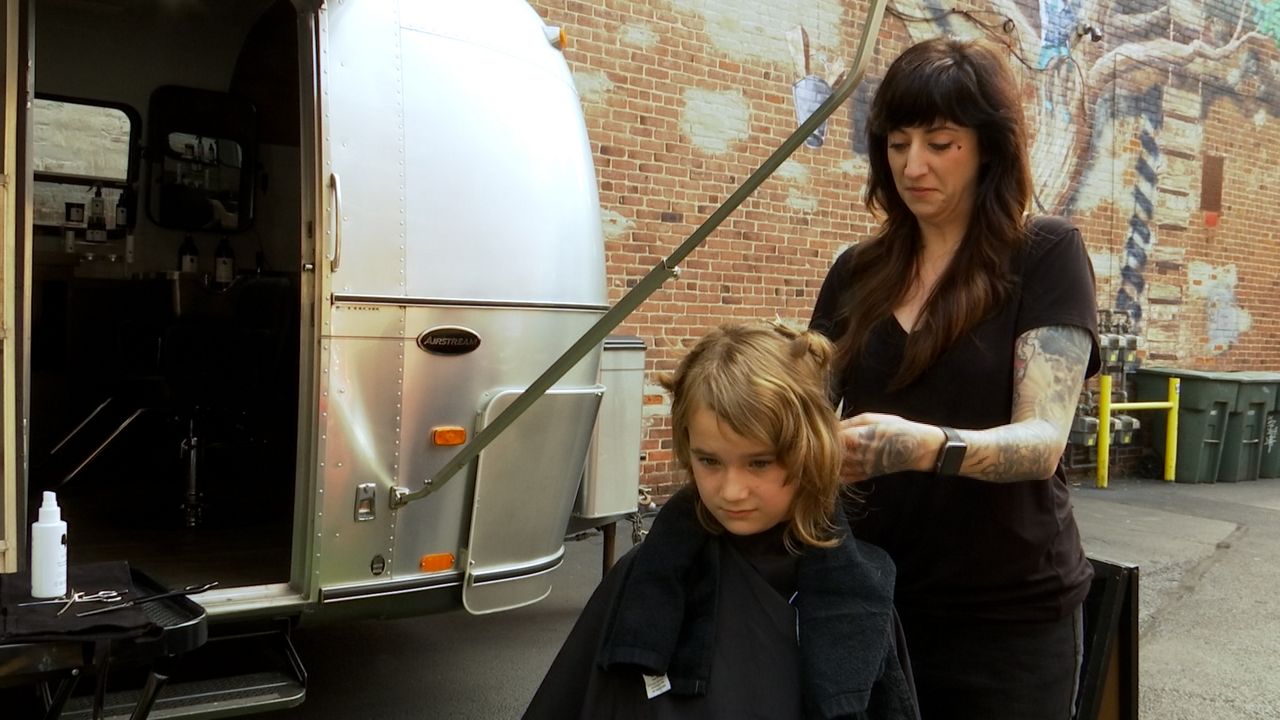 “Raise some money, pour out some love a little bit,” Bromer said.

Burnside accepted, with a small catch, the money wouldn’t be going to her. Over the past year, a GoFundMe already raised more than $20,000 for Burnside’s medical care.

“I also had a friend who was diagnosed a few months after me,” she said.

While Burnside finished her chemotherapy over the summer and what she calls the harder parts of her treatment, Jeri Paquette St. Clair, another Dayton woman and friend of the arts scene, was still in the midst of her battle.

“A lot of the people in the community helped me out with a couple fundraisers for my medical bills, and I wanted to do the same for her,” Burnside said.

“I was going through chemo, and I wanted to be well enough to actually be here myself,” she said.

The timing pushing it to October, Breast Cancer Awareness Month, was too much of a coincidence for Burnside to pass up.

She invited local artists and business owners to set up around her store, asked Bromer to prepare her cut-a-thon, and set aside 10% of the weekend’s proceeds for Paquette’s medical bills and breast cancer research.

Burnside sits beside her daughter at mobile salon

“It’s the first time we’re raising money for a good cause so I’m excited to bring the airstream and use it in a different way,” Bromer said.

Between the cut-a-thon and sales, the event helped raise a few hundred dollars. Burnside hopes it will help relieve some of her friend’s stress and remind her how many people in Dayton are thinking of her.

As for Burnside’s journey, she said she’s feeling well enough to return to work for the foreseeable future. She said she’s on a long-term hormone therapy treatment for the next five years.

“When I go back then, hopefully, they’ll tell me that I’m cancer free, but I won’t know for a while,” she said. “I have one more surgery in November and hopefully I am clear from there.”

For now, Burnside said she’s just happy to mark more than one milestone as she helps another tackle the same battle.