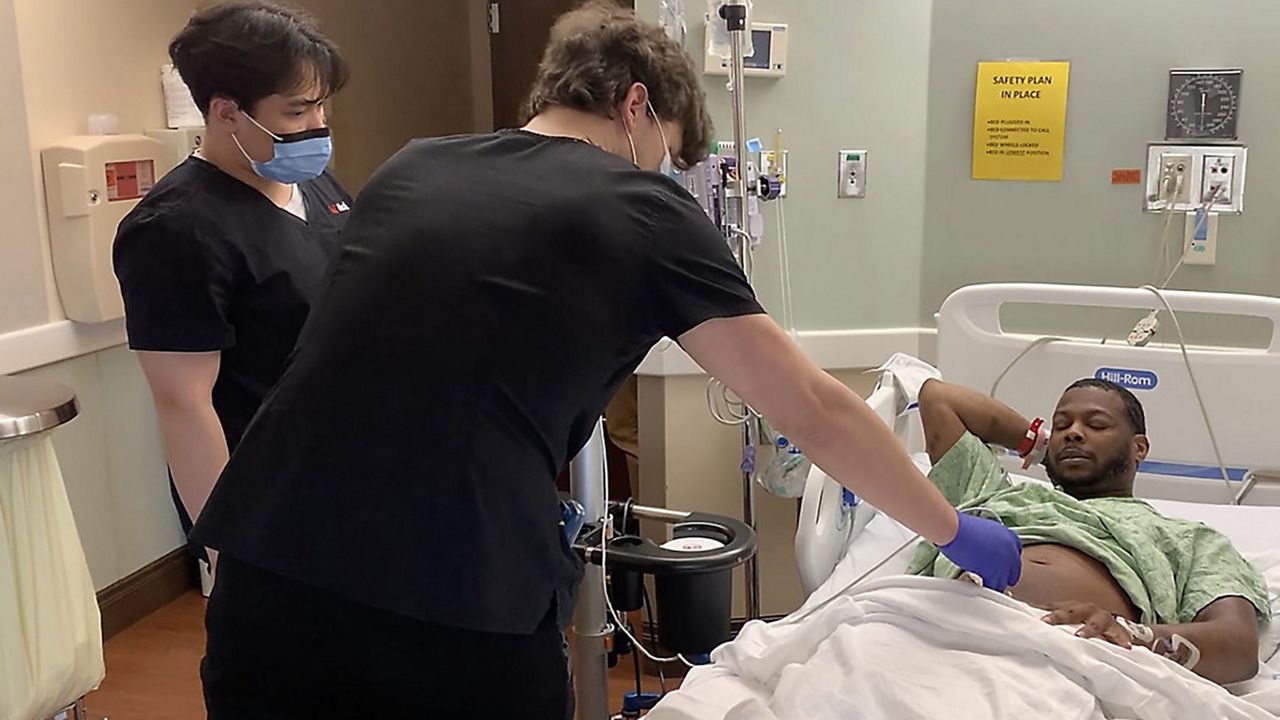 CINCINNATI — African Americans wait two- to four-times longer on transplant waiting lists than whites, according to the Cleveland Clinic. One health center is working to get answers and cut down the wait.

D’On Ingram received an ultrasound as a follow up to his recent kidney transplant—a surgery that was years in the making. Just 10 years ago, doctors diagnosed him with stage three renal failure. Five years later, his kidneys got weaker, and his doctor put him on dialysis.

“That was not an easy hurdle to get over because I did not want to add additional medications, change my lifestyle,” said Ingram. “I had already done that. I felt like I had jumped through enough hoops.”

After two years of dialysis, getting a referral and getting work ups done, he was ready to be put on the list. But health issues became an issue.

“I’ve gotten close to the list, and then something with my health popped up that prevented or a lab didn’t balance out or I was undetectable,” he said.

After years of waiting and 20 surgeries later, in early May, he got the call from the UC Medical Center saying he finally made the list.

“Every emotion that you could have in the moment really just came to the surface because I had waited so long for this journey,” he said.

But making the kidney transplant list hasn’t been easy for other minorities. Research done by the University of Cincinnati shows they aren’t getting diagnosed early enough, not getting to the dialysis center and, if they do, they are not getting referred.

Dr. Shimul Shah, a UC College of Medicine professor, used a Kidney Transplant Equity Index and further discovered transplant centers are one of the determining factors for minorities waiting to get a transplant.

If federal funding is approved, Shah and his team will work on a five-year project to learn best practices to help minorities get their kidney transplants and help save others like Ingram.

“I’ve seen highs and I’ve experienced lows, and finally, I’m near the finish line which is where I’ve wanted to be for so long,” said Ingram.