Over 9 inches of rain falls in Wilmington this week

A steady stream of tropical moisture has produced much more rain in southeastern North Carolina than what was originally expected this week.

As of early Thursday morning, over nine inches of rain has fallen in Wilmington since Monday. 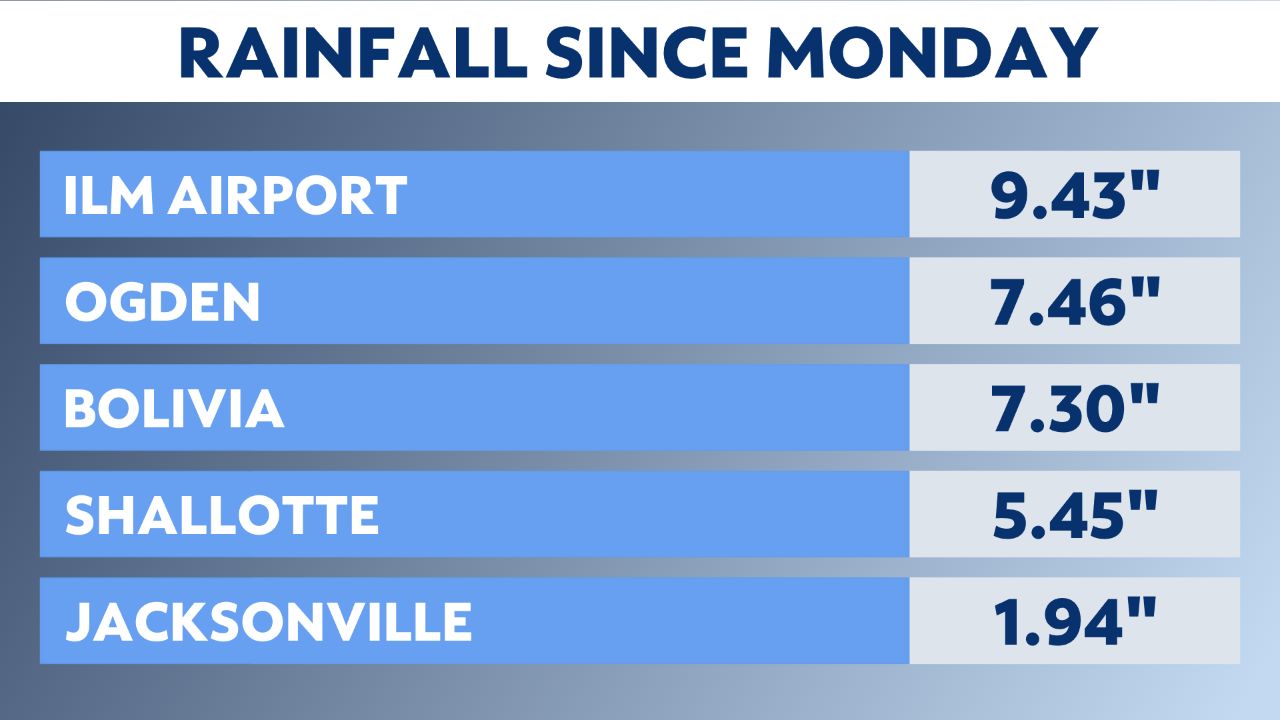 Some of the heaviest rain fell around the Port City Wednesday, prompting the National Weather Service to issue a Flash Flood Warning for much of the afternoon.

New Hanover County is currently under a flash flood warning. Be aware of standing water on roadways.
Corner of Market St and Cardinal Dr in Wilmington. @SpecNews1ILM pic.twitter.com/jX5dbLWwFj

The heavy rain threat has now ended in the Cape Fear region, and sunshine is expected Thursday around Wilmington.

Showers and storms will be likely through the day for farther up the coast along the Outer Banks. Since the Outer Banks has not seen as much rain this week, there's just a marginal risk for flooding there today.