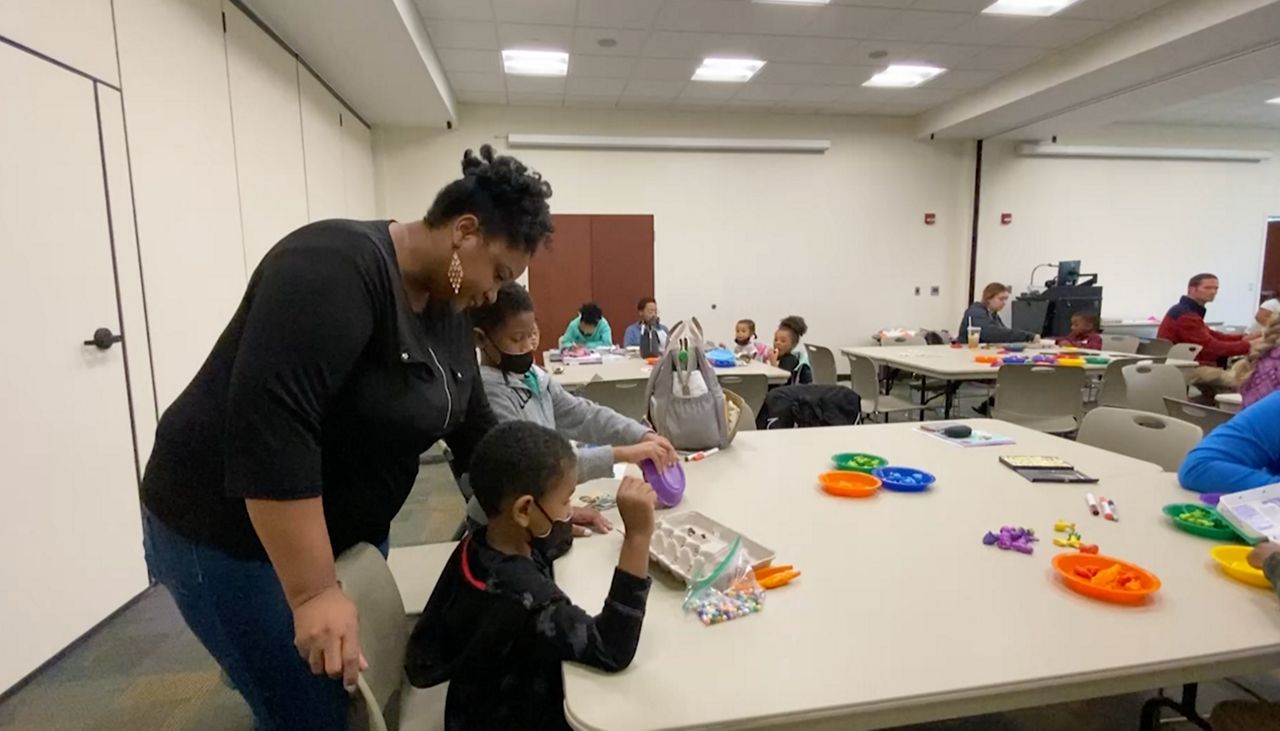 CUYAHOGA COUNTY, Ohio — Jodi-Gaye Henderson has no doubt that her little ones will thrive in school, not only because of what they learn at home, but what they experience at the Cuyahoga County Public Library.

She and her family have been involved in the libraries Kindergarten Club, a free program that aims to help families with children prepare for entering kindergarten in the fall. For the Henderson’s heading to the Euclid-Lyndhurst branch is a family affair. It’s one of the seven library branches that hosts the program.

“Is kind of been like a tradition and his little heart and his mind that he was like, when I turn 5, I'm going to kindergarten," Henderson said. "I want to go to Kindergarten Club."

“The school districts are saying'this is really important. We need our students entering kindergarten with those basic early literacy skills, those numeracy skills, knowing those basics of things like how to line up and how to follow directions or sit quietly,' said Library Communications Officer Hallie Rich. "We want to make sure that we're leveling the playing field so that every child is starting kindergarten off on the right foot."

In another room, parents can participate in an adult session led by child psychologist Emily Stupica, who helped design the Kindergarten Club program.

Henderson said kindergarten isn’t only a big adjustment for her kids but for her entire household.

“It’s new for me, too, to have a child in kindergarten, so knowing how to work with his teachers, knowing what the teachers role is going to be," she said. "How I can come alongside and help and make sure that my child is prepared for it and I can know what to expect, so that was really helpful for me also as a parent."

Henderson said learning valuable lessons and having other parents to lean on is making all the difference.

“It was nice to be amongst all these other people who were able to kind of share tips and ideas of how we can, as a family, make this new transition,” she said.