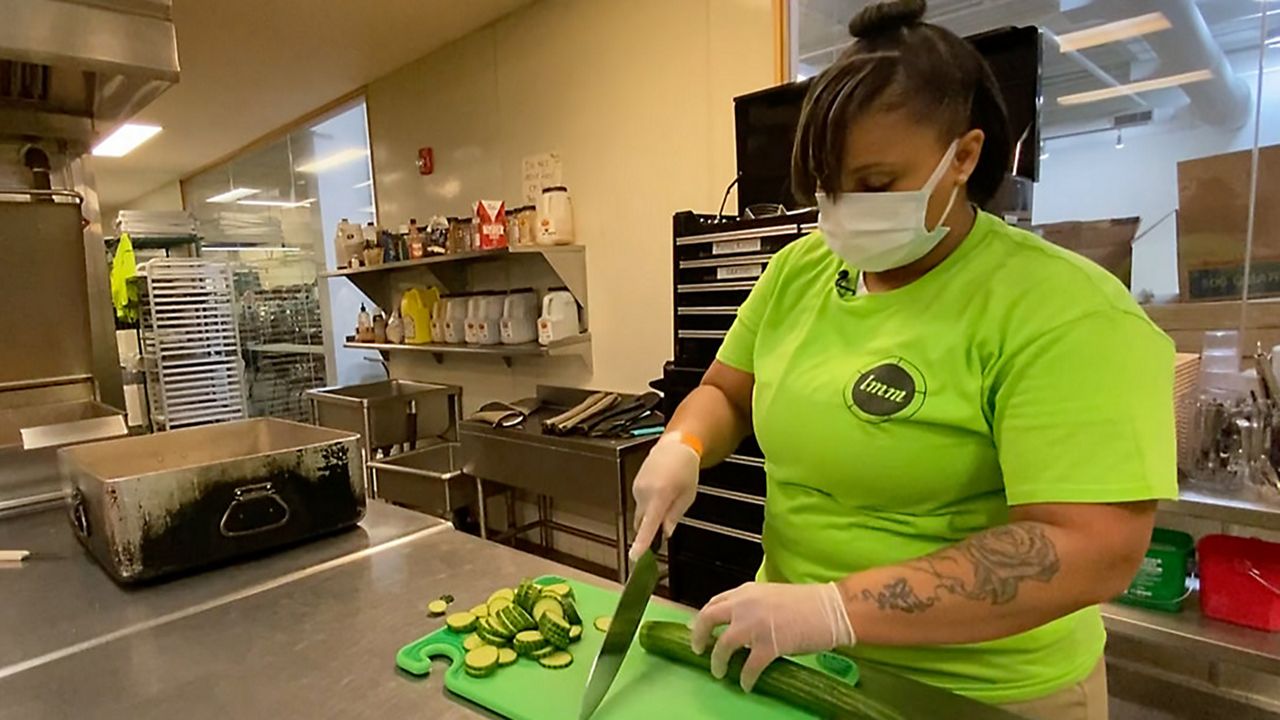 Natasha Bell cooks inside of the Chopping for Change Kitchen at Lutheran Metropolitan Ministry.

'Chopping for Change': A second chance for incarcerated women

CLEVELAND — Inside of the Lutheran Metropolitan Ministry kitchen, Natasha Bell isn’t a number and she isn’t her past. She’s a chef focused on cooking good food and the possibilities of her future.

“I’ve learned from my mistakes and I’m moving forward. Being in this program has transformed me into a completely different person,” Bell said.

Bell is a participant in Chopping for Change, a program of Lutheran Metropolitan Ministry. In this kitchen, she and other incarcerated women who are currently serving time at Northeast Reintegration Center, a lower level security prison for women, are working toward an associates degree in culinary arts. They'll receive that after completing the 18-month program.

They create and serve food not only each other, but for the greater Cleveland community. The food made in the Chopping for Change kitchen helps feed those in area homeless shelters. Bell said seeing others enjoy her food gives her purpose., and being away from her family for the past three-and-a-half years has been hard.

“I apologized to them for not being there with them, and they tell me, 'mom, stop apologizing. You're still here and we're proud of you and we're happy that you're pursuing your dream,'” Bell said.

Her time away has been made easier because of the program and people like Malika Kidd. Kidd started working at Lutheran six months after being released prison. Over the past six years, she has worked to become program director of Workforce Development at Lutheran. Kidd said when she looks at these women, she sees herself.

“I give them my testimony. I tell them, you know, it's not easy when you get home that may make it look easy because I do a lot of stuff. But when I first came home, I was you know working several part-time jobs, just trying to get myself, my feet wet,” Kidd said.

Kidd said the skills these women learn here set them up for success when they are released from prison.

“The culinary field is easiest place to get a job once you're released from prison,” she said.

Bell, who is set to be released from the Northeast Reintegration center next year, said Chopping for Change has given her hope that her dreams of one day serving her dishes, like her signature macaroni and cheese, to the masses.

“I just want to go around the world and feed people. That's what makes me happy,” Bell said.