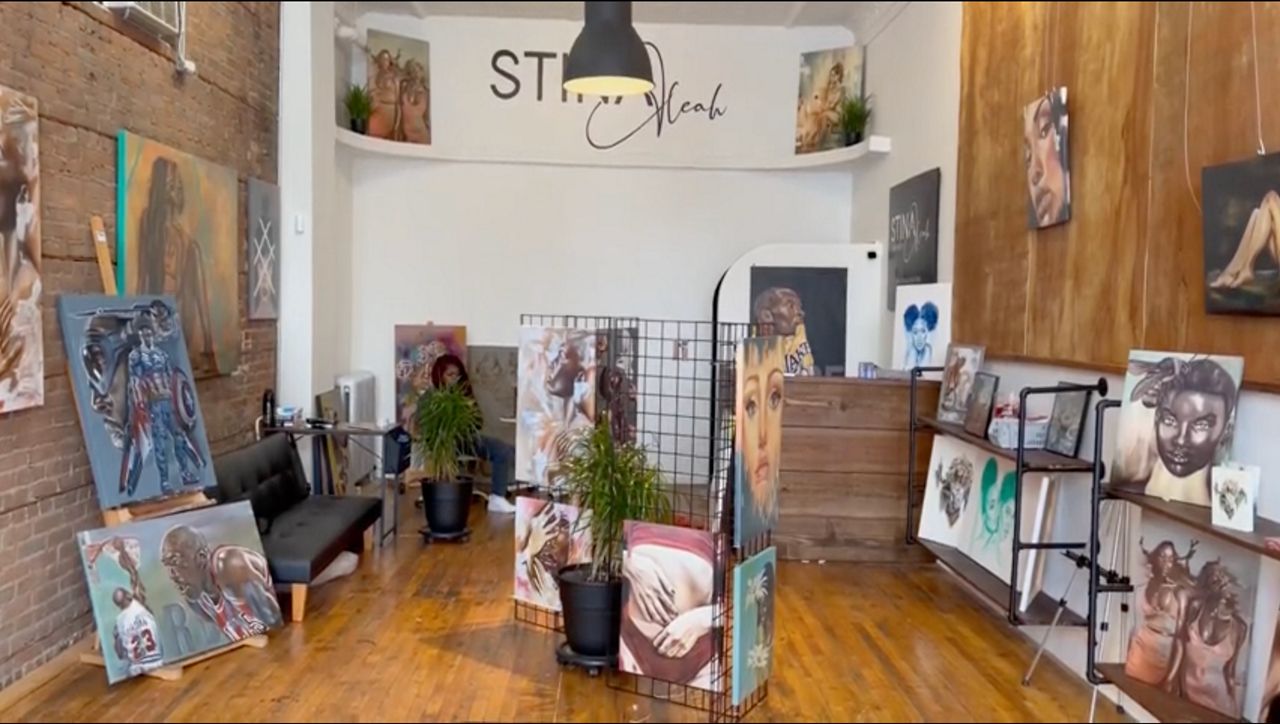 NE Ohio artist gets national recognition, partners up with the NBA

CLEVELAND — A northeast Ohio artist is receiving national attention for her oil paintings, and now she's joined forces with the NBA for next month's All-Star game in Cleveland.

With every brushstroke, Stina Aleah, a self-taught artist from Elyria, makes a name for herself just seven years after she picked up a paintbrush.

"So I went to Michael's," she said. "I bought all the working things and just trying from there trying to figure out how to paint, and it's just dedication every day for me trying to do new things that I didn't know before."

Aleah has a studio in Lakewood, Ohio, and is also working on a giant mural for a gym currently under construction on Cleveland's West side. She's using a projector to outline the mural before painting.

"I am trying to get some sketches on the wall to complete a mural project," she said. "It's a pretty big project, and I have six murals to complete in the next couple of weeks."

"It's a collaboration with the NBA to really bring some people into the NBA crossover and the fan experience," she said.

Aleah comes from a very athletic family. Her older sister, Tianna Madison, is an American track and field medalist winning three golds in the long jump and sprinting events. Aleah believes her competitive side helped her become a good artist.

"We are absolutely a very competitive family," she said. "It's in our blood from everyone, from my cousins to my uncles. We all have that athletic background, and I think that's what has helped me kinda carve out the dedication required to be a really good painter."

Aleah said her next goal is to honor her sister Tianna with a mural in their hometown of Elyria. ​