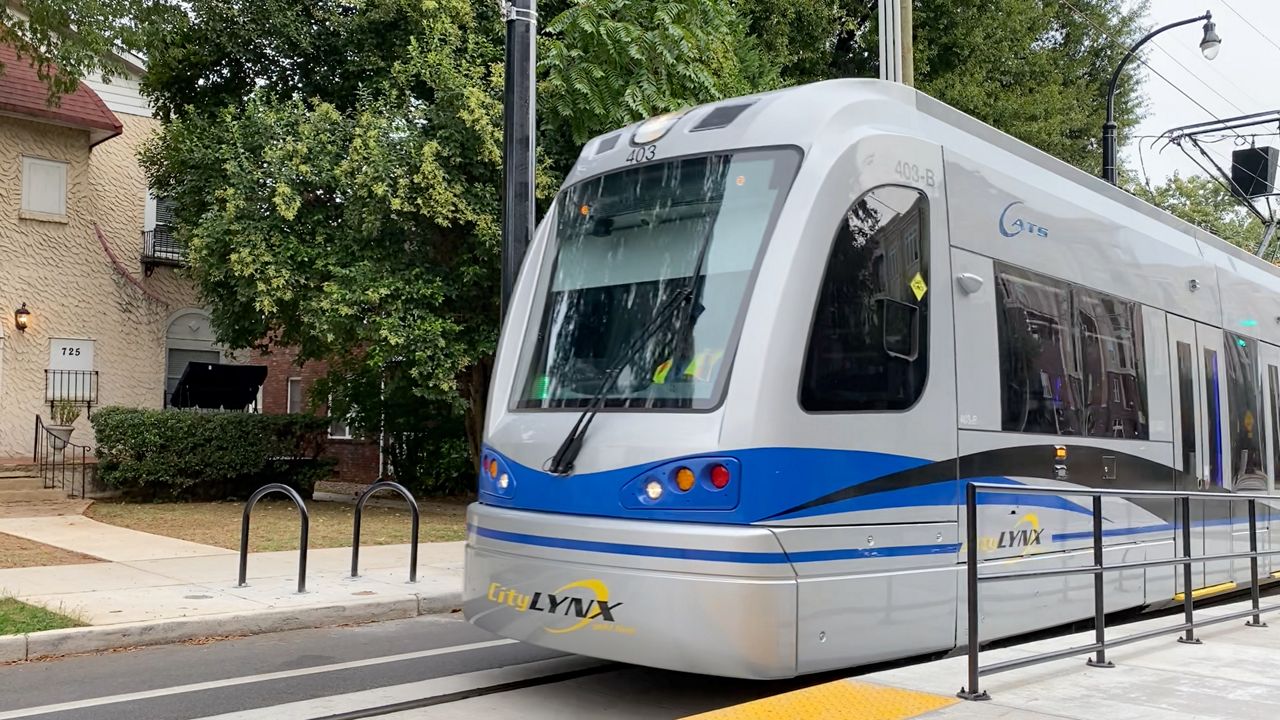 CHARLOTTE, N.C. — Early reviews for the expanded CityLYNX Gold Line service are mixed, as some customers appreciate the expansion of public transport but have frustrations with early operations.

Meanwhile, a man who works along the expanded route said the nearby construction hampered the family business.

Gold Line to implement fare in 2022

The expanded phase two of the project stretches the streetcar system along 17 stops, connecting West End to the Elizabeth neighborhood, through the city’s center. The four-mile journey connects the French Street stop in West End to the Sunnyside Avenue stop in Elizabeth.

The streetcar operates from 5 a.m. to 2 a.m. seven days a week and is free for the time being. At the start of 2022 CATS plans to charge $2.20 for rides, according to its website.

The expanded service, which opened officially August 30, is now in its second month of operation.

The expansion is a welcome and helpful addition for some, like Beverly Wells and her husband. Together, the two use the streetcar to transfer to other public transport.

“We use it Monday, Wednesday, Friday to go to the gym,” Wells said with a smile during one of their morning rides on the streetcar.

Wells and her husband said it’s easier than driving and helps them lead a greener life, a goal the couple share.

“It’s an environmental issue, a decrease in our carbon footprint,” Wells added.

The couple, who split time between North Carolina and Florida, said they enjoy Charlotte’s public transport but added the expanded Gold Line could use some improvement.

“I think that there’s a lot of bugs to work out still. For instance, we were there for the 9 o’clock, the 9 o’clock didn’t come. So I think some scheduling issues still remain. Also, the connection between the Blue Line and Gold Line is not in sync,” Wells said.

Wells said she has also noticed problems with parked cars and other delays.

For Wells, who has a passion for greener alternatives, the Gold Line is an example of positive, alternative solutions to car traffic. But, she emphasized it needs to run smoothly for people to use it more than personal vehicles.

“If they don’t solve the problem. I think right now people are establishing habits and you know, you establish habit when it works for you. A train that doesn’t arrive, or a train that’s late, doesn’t work for people who are going to work or to school,” Wells said.

Remember: ALWAYS park within the solid white lines along the CityLYNX Gold Line.

You can be towed and could receive a citation/fine. pic.twitter.com/PT62Bv70uX

A message Wells said the city is smart to repeat.

“Those issues are to be solved by the city, and I hope that they’re working on them,” Wells added as the couple’s brief ride on the streetcar came to an end soon after reaching Uptown.

Spectrum News 1 asked CATS about ride delays on the Gold Line and will update this story with its response.

The phase two expansion added 11 stops, most of them coming on the West Side, connecting French Street to Tryon, with seven stops between the two. On the other side, it added stops along Hawthorne and Sunnyside.

The completion of the project is welcome news for at least one business along the new route, Adam’s 7th Street Deli and catering.

“We did get good business, we were pretty busy, consistent. But with traffic, and the construction, and COVID it all just plummeted. Barely any business — we’re doing all we can just to keep afloat,” Min Chang said.

Chang, who is a car mechanic by trade, came back to help at the family business. On his afternoon break, Chang told Spectrum News 1 about the streetcar’s track construction right in front of the business.

“Completely blocked off the other side, once that happened business definitely went down. Because, it blocked off the entrance to our place, but let traffic go through,” Chang explained.

His family bought the deli in the late 2000s, and Chang said, currently, it's only the family running the business right now, thanks to COVID-19 and other factors.

Chang said before the construction and COVID-19 pandemic, a majority of their business were office workers and hospital staff. But years of streetcar track construction, dating back to 2013, were a gut punch.

“The construction has been going on a long time,” Chang added.

Now, they’re counting on the reopened streets to reopen the register.

“Yeah, I mean that helped a lot,” Chang said.

As for the streetcar? Chang said they’ll see if it was worth it.

“I think even with it being free for the rest of the year, I haven’t seen people on it that much. So, it’s probably something we’ll have to wait and see,” he said.

The track, which runs right in front of the property, could bring new eyes and hungry mouths to the deli, but Chang is unsure.

“I mean we hope so. Yeah, the next stop is a few blocks down, so it’s not that far of a walk,” he said before returning to work.