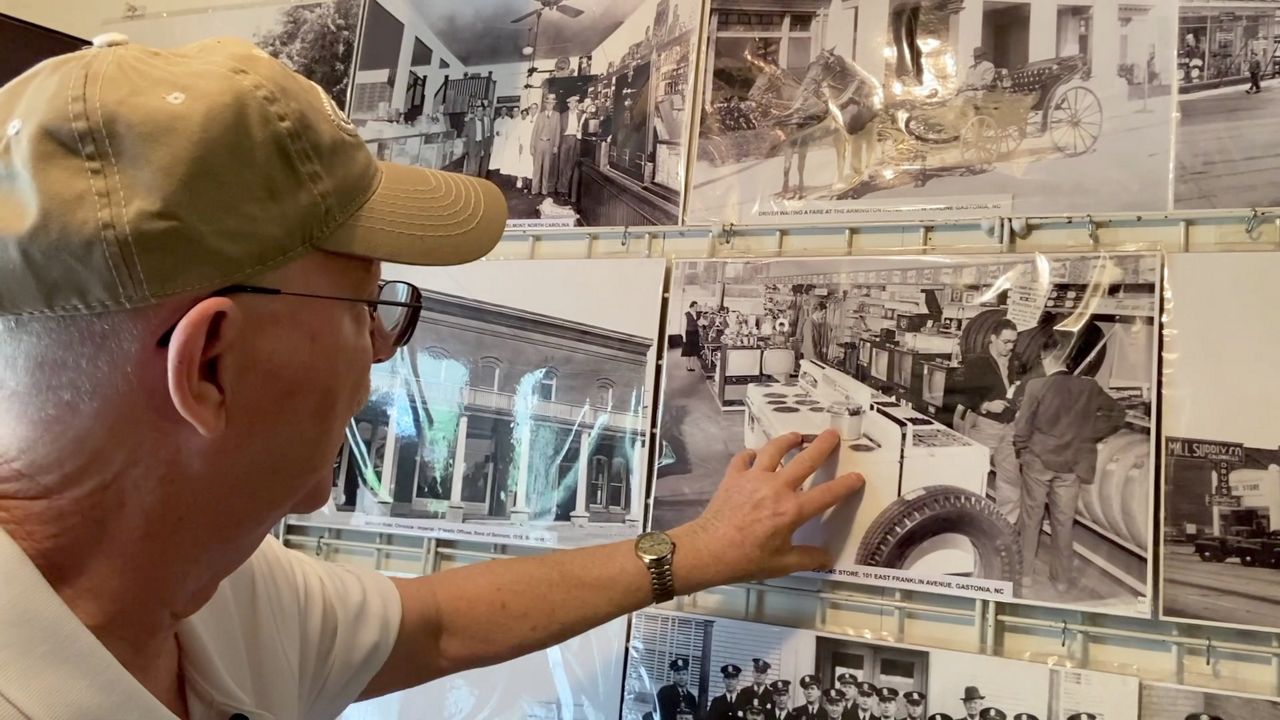 BELMONT, N.C. — One of the oldest houses in Belmont feels like a time capsule. Inside, you’ll find all of North Carolina’s rich history showcased through pictures, and Allen Millican is the man behind it all.

The museum holds over 21,000 photos of different people and places in North Carolina

Allen Millican has restored every photo in the museum

“Some pictures are just so rare, and that’s why I spend time on them,” he said.

He transformed his home into the Millican Pictorial History Museum.

The museum holds over 21,000 rare photos of cities, people and historical events that all took place in North Carolina.

Despite Millican knowing a whole lot about Belmont and most of Gaston County, he’s not from the area.

He grew up in Wilmington, working for a car dealership before he moved to Gaston County and eventually made a career switch.

“I prayed to the Lord to find me another way to make a living, and I started doing weddings, studio work and portraits,” Millican said. “I was great on restoration.”

Millican soon began focusing all his energy on collecting and restoring pictures for his museum.

He’s restored every photo in his museum, and while it's a lot of work, it's the visitors that keep him going.

“Some people, they just flip out and some people start crying and jumping up and down, and those people make it all worth while you know,” Millican said.

His hope is that one day a foundation will be started so that the museum can be passed down and maintained by someone else.

But until that day comes, Millican will continue to keep this museum going so that others can enjoy a little bit of history through a few good photos.

If you are interested in purchasing photos or donating photos to the museum, you can find more information here.