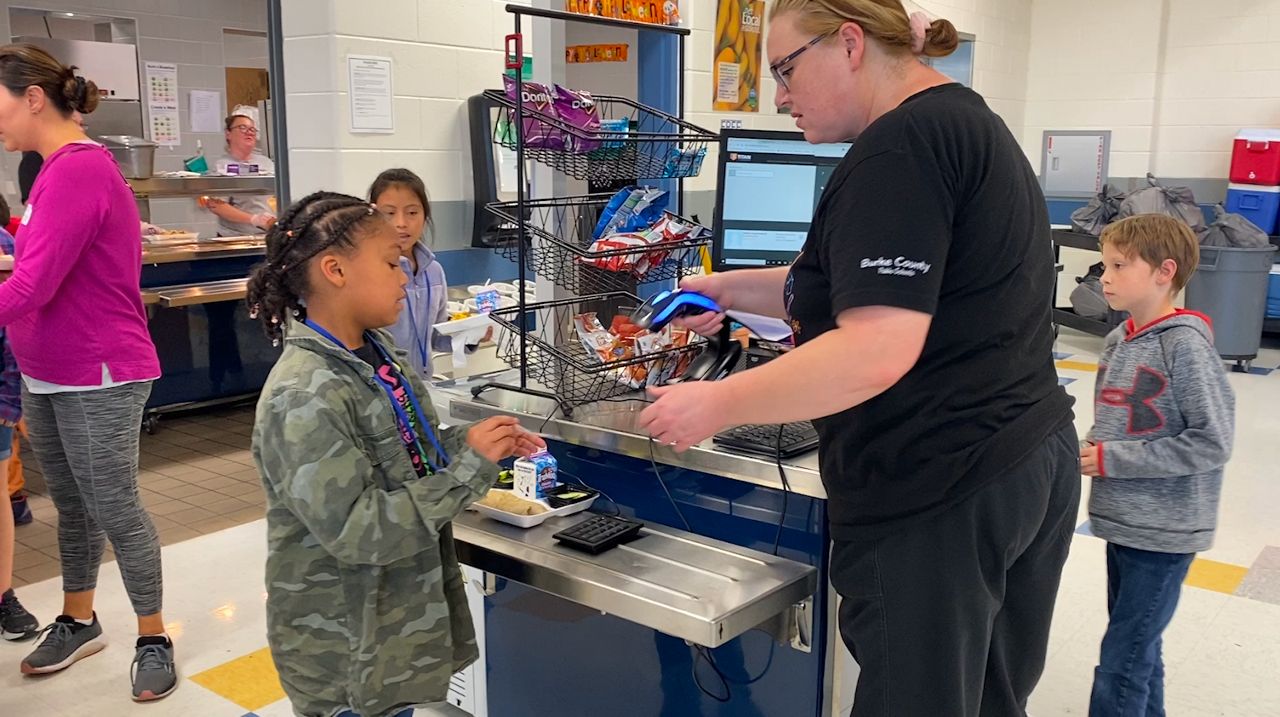 BURKE COUNTY, N.C. — For the past two years, school lunch was free for all students thanks to a federal waiver, but it expired over the summer and parents are once again paying for school lunches.

The federal waiver, which allowed for free universal lunch, expired over the summer

The Burke County school district came up with Free Lunch Fridays, where lunch is free the last Friday of every month, to help ease the burden of the cost of lunch for families

The North Carolina Department of Public Instruction says as of Nov. 1, the state had accrued $1.3 million in student meal debt

In Burke County, the director of child nutrition services, Daniel Wall, says he sees firsthand how paying for lunch is creating a burden for families.

"We want to be able to help those families that are in the middle, that are kinda getting missed by the free and reduced lunch. They were used to being free last year and the year before, and going back to paid, we were concerned about our student debt," Wall said.

He says 64% of the districts' students qualified for free or reduced lunch this year, but the school has still accumulated $14,000 in student debt lunch from the start of the school year.

The North Carolina Department of Public Instruction says it's in the process of collecting data for a report for the General Assembly, but that report is not yet completed.

The director of school nutrition shared in a report to the N.C. State Board of Education that as of Nov. 1, the state had accrued $1.3 million in student meal debt. However, not all school districts had provided information at the time of the report, which she noted, and not all have been in touch with the department yet to share the needed details.

To help ease the burden on Burke County families of the costs of paying for lunch, the district, along with Wall, came up with Free Lunch Fridays. On the last Friday of every month, students are not charged for their meal.

Wall said he crunched the numbers and found a surplus where they could afford to do this once a month.

“The federal government gave us a boost in the amount of money that we get back for all students to eat. Because we’re a pretty efficient district, we were able to have a surplus and give that back to the families," Wall said.

For cafeteria manager Marika Loden, it was heartbreaking to hear the federal waiver had expired.

"It was kinda devastating, because some of these kids can’t afford to pay for lunch. I am very thankful for the free Fridays and a lot of the kids can maybe afford to buy a cookie that day," Loden said.

Wall hopes to expand the Free Lunch Fridays to more than just one Friday a month.