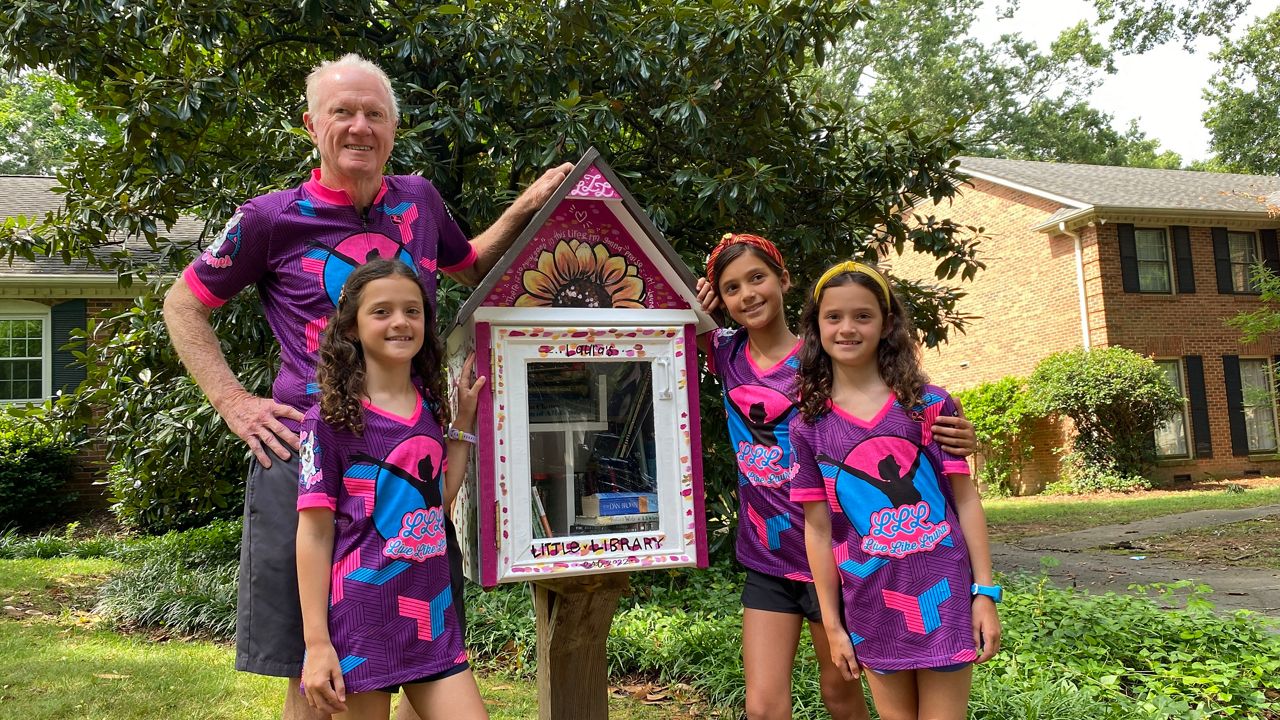 CHARLOTTE, N.C. — Starting Friday night, hundreds will gather at Queens University’s soccer field for 24 Hours of Booty. Contrary to what it sounds like, it’s to raise money for people battling cancer.

It’s the 20th anniversary for the popular event — named after the area around Queens University referred to as "the booty loop." All donations go toward support services for cancer patients.

Dennis Whitaker has been riding for seven years for his daughter Laura, who died from a rare cancer called rhabdomyosarcoma in 2016. He keeps her legacy alive by sharing her love for reading, and continuing to ride in 24 Hours, an event they did together after her diagnosis.

“We’re doing the kind of things that Laura would’ve wanted us to do. We’re helping people affected by cancer,” Whitaker said.

According to the 24 Foundation, Whitaker has the fourth highest fundraising team so far this year. They’ve already raised a little over $32,000. Since he started riding with his team in 2016, they’ve raised about $250,000.