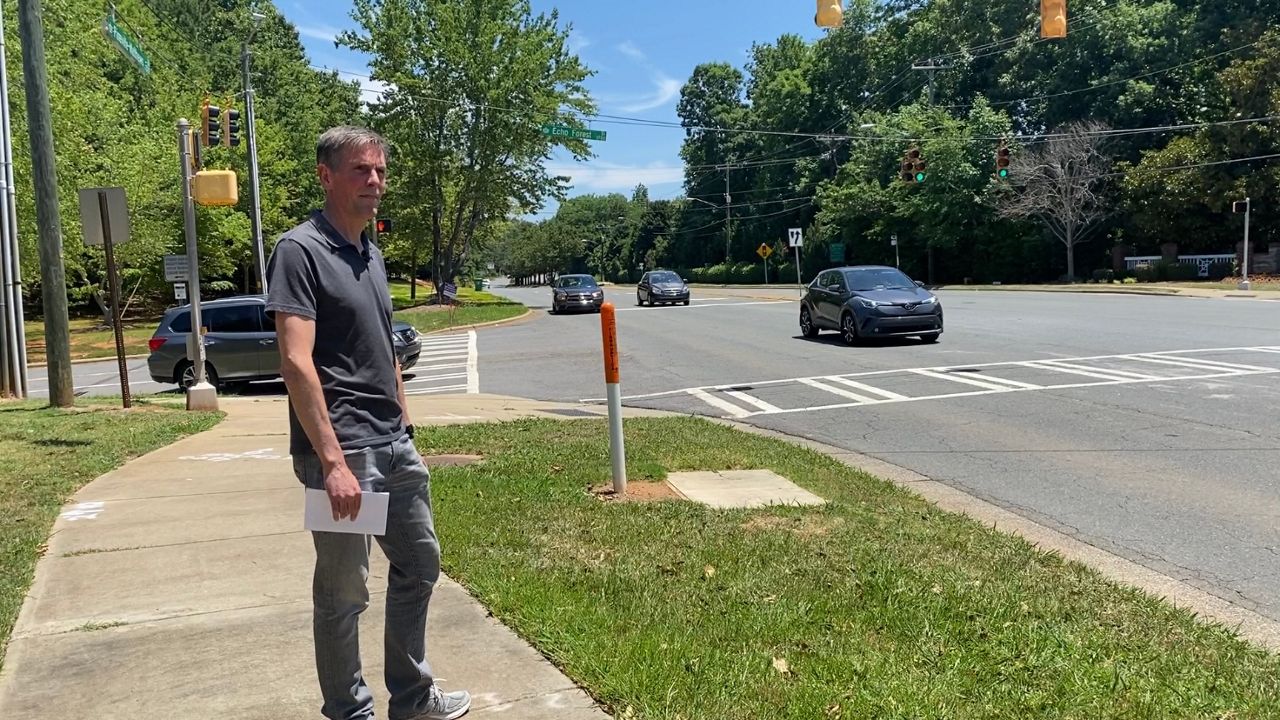 Tom Seddon describes the commute in front of Providence High School and nearby Elizabeth Lane Elementary School as a nightmare during the school year.

CHARLOTTE, N.C. — A push for more housing in south Charlotte is getting pushback from neighbors.

Goldberg Companies Inc., an Ohio-based developer, wants to add more than 200 units to Legacy Arboretum Apartments off Pineville-Matthews Road that would nearly double the number of residents who live there.

Longtime neighbors say that will bring more traffic to an already congested area. Tom Seddon describes the commute in front of Providence High School and nearby Elizabeth Lane Elementary as a nightmare during the school year.

His daughter attended Elizabeth Lane. He’s lived in the area for 10 years and says the drive from his home to the high school takes two minutes during the summer, but it’s a 20-minute drive in the fall.

Goldberg’s plans would also take away tree canopy in the area, which Seddon says goes against the city’s goal to preserve the environment.

“In the 2040 Plan it is one of the key things is to preserve the natural environment and integrate that into the built environment,” he said.

The developer has adjusted its original proposal, reducing the total number of projected units from 500 to 478. Seddon says that’s not enough.

“I guess it’s a nice sign they appear that they need to listen,” he said. “I’m not sure that they’ve listened hard enough just yet.”

The attorney representing the developer did say it's willing to cooperate with the community at last week’s zoning hearing.

The earliest council can vote on the new proposal is Sept. 19.