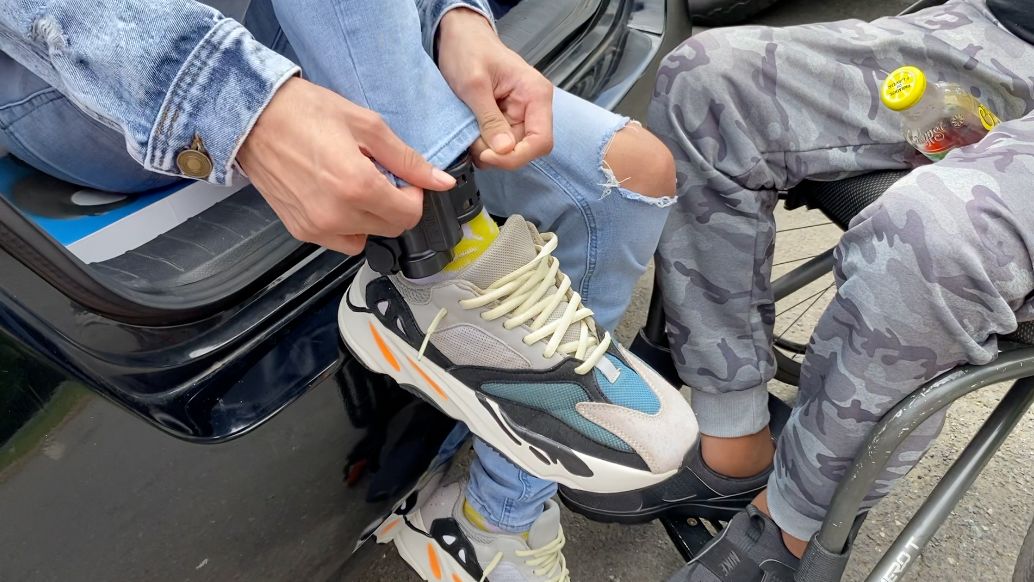 Truancy issues: A personal story on slipping through the cracks to skip school

More than 14% of students in North Carolina are considered chronically absent by the state, meaning they have missed 15 or more days of school in a year, according to the nonprofit My Future NC.

While school districts and the state have their own ways of handling truancy issues with students, one Charlotte-Mecklenburg Schools student, Justin Garcia-Rivas, says he slipped through the cracks of the system.

When he was 14, Garcia-Rivas says he started skipping school and quickly got involved in drugs.

“Growing up, I didn’t go around the right people,” Garcia-Rivas said. “So that’s what gave me the mindset of, ‘oh, I didn’t really need school.’ I always was into trouble and stuff like that.”

Garcia-Rivas says he had a naïve mindset. School was hard, and he felt like life was better without it.

Garcia-Rivas says at the beginning, his mother would force him to go to school. But as he grew older, his mother, who was raising him on her own, told Spectrum News 1 the struggle to get him to school became too much. He even started to physically fight her at times.

His mother said she even reached out to CMS to ask for help but was unable to control him.

Eventually, Garcia-Rivas ran away to his sister’s house in South Carolina.

“I didn’t think anyone cared,” Garcia-Rivas said. “I felt like I was just alone in this. I was just going to live that life.”

Out of the CMS system and having never attended the South Carolina high school he enrolled in, Garcia-Rivas was able to slip through the educational system cracks for two years.

After running away again, this time back to Charlotte, Garcia-Rivas, now 16, landed himself behind bars, affecting his future and his family in the process.

“When I was in the jail cell, for sure, is when I looked at my family, everything that they told me over the phone is when I started to realize that they cared,” Garcia-Rivas said.

It wasn’t until he was in court that Garcia-Rivas says someone realized he hadn’t been enrolled in school for over two years. While Garcia-Rivas knows he found a way to go unnoticed, he now believes more should be put in place to make sure every student stays accounted for.

“It’s like if they’re waiting for them to get in trouble, and they say like, you shouldn’t be doing that, you should care so they don’t get in trouble in the first place,” Garcia-Rivas said.

Now 17-years-old, he’s enrolled at Turning Point Academy, an alternative school in CMS for at-risk students, and is back on track to graduate high school in three years.

Mentors are also available through the nonprofit Life Connections to work with students to get them the academic help they need.

Garcia-Rivas hopes school leaders will continue to focus on student outcomes and look deeper into individual students so that others don’t fall through the cracks.

“I feel like they’re focusing on too much of their pride in this, in these schools,” Garcia-Rivas said. “But they should be focusing more on the kids themselves.”

Since Garcia-Rivas was enrolled in a school out of state briefly, he was out of the Charlotte-Mecklenburg School system.

Spectrum News 1 reached out to Dorchester School District Two, where Garcia-Rivas was enrolled in Summerville High School, and CMS for comment on the situation, but the districts said they could not comment on specific student cases.

CMS did, however, explain its process for tracking students in its system.

According to CMS, when a student starts to miss school, the school secretary will send a letter home on the third, sixth and tenth absences.

If the child still doesn’t return to school, another home visit may happen. While all of this is going on, the family is also receiving daily calls to let them know their student is absent.

If the school is unable to reach the family over the phone, home visits or other means, then a withdrawal packet is completed with a documented summary of all attempts to contact.

The withdrawal packet is then given to administration officials to approve or deny the official withdrawal of a student.