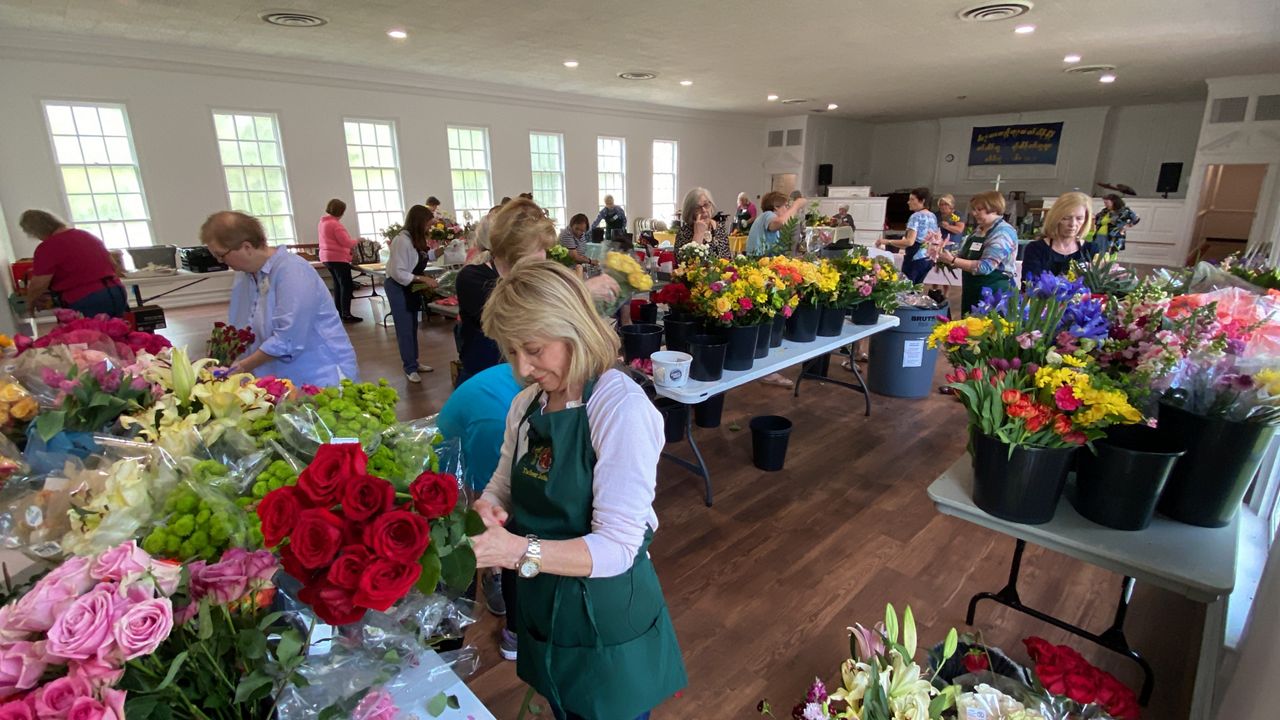 RALEIGH, N.C. – Stores often throw out fresh flowers that are damaged or unsold.

According to the International Council on Clean Transportation, most flowers sold at big box stores are grown with chemicals, require a lot of water and are imported so they have a huge carbon footprint.


One Raleigh-based nonprofit is on a mission to save those flowers from the landfill.

Volunteers are the key to The Flower Shuttle’s success. The nonprofit has been making arrangements with donated flowers since 2006.

“We are up above a quarter million for the whole time that we’ve been working, but on Tuesdays we do about 250 out of this particular location. But on a monthly basis, anywhere from 3,000 to 4,000 arrangements. So about 1,000 a week,” Taylor said.

If the volunteers weren’t there, all of those beautiful flowers would be sitting in dumpsters.

“Stores pride themselves on having fresh flowers and having a good selection, so if some flowers are a few days old or if there’s a mixed bouquet and there’s one flower that’s not good, they will throw them away because they have more coming all the time,” Taylor said.

On any given day of the week, volunteers make trips to stores that have agreed to donate flowers, which are brought back to a Raleigh church and given a little TLC.

“We clean off anything that looks old or aged. We re-clip the bottoms and put them in fresh water with flower food and then we make the arrangements,” Taylor said.

It doesn’t take much to spruce the flowers up and give them a new life.

“I try to do like colors, complementary colors, obviously, and I like lots of different heights and textures,” Lee Fein, a volunteer with The Flower Shuttle, said.

“You know, I can I bring [them] to the Women’s Center because it’s so near and dear to my heart. When I walk in there and see these women bringing their belongings in trash bags and they stop and they smile and they say, ‘Thank you for these flowers.’ It makes my day,” Fein said.

Fresh flowers are a luxury that some people may never experience, and these volunteers help save them from a landfill, for a good cause.

“It’s really fulfilling for our volunteers to be able to do something special and otherwise, again, the flowers would’ve gone to waste,” Fein said.