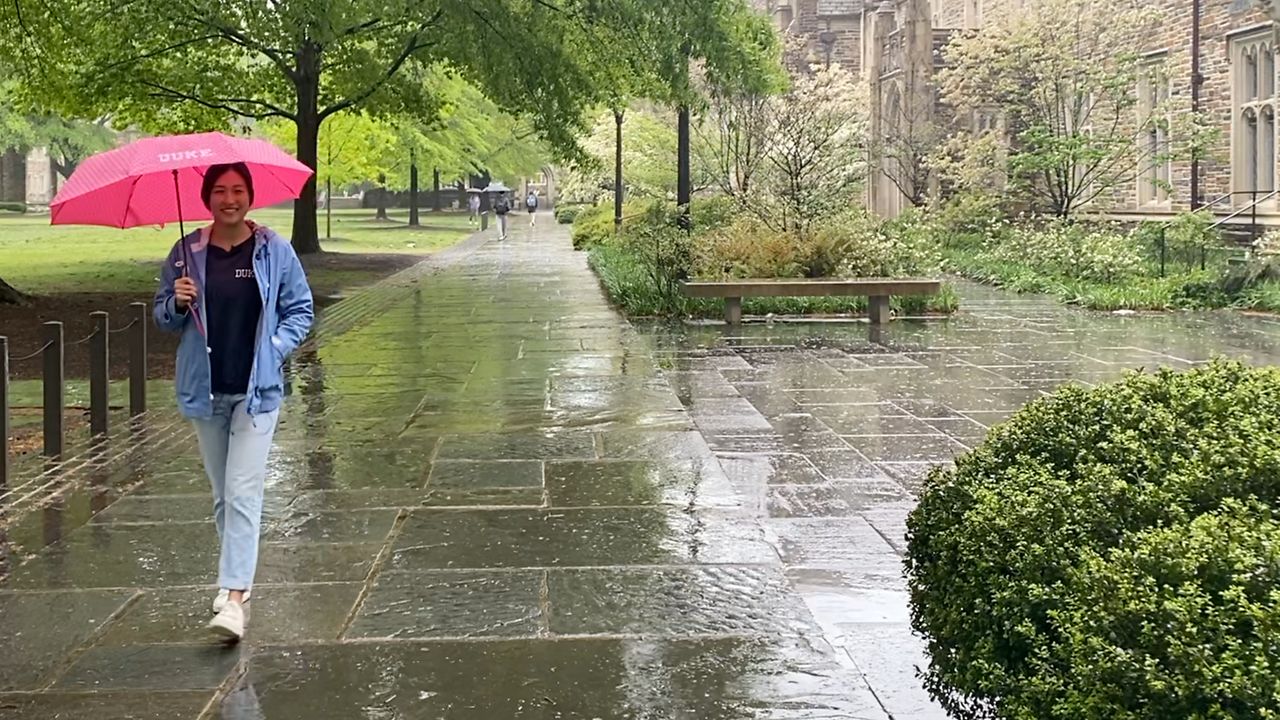 May is Asian American and Pacific Islander Heritage Month

During her time at Duke, she helped spearhead the Blue Devil Buddies program and push through Duke's new residential model, QuadEx

In her final days at Duke, senior Christina Wang says she has always looked to her family for inspiration. Both of her parents immigrated to the United States from China in 1991.

"Their English wasn't very good when they came to the United States," Wang said. "So my mom did a lot of cleaning houses and learning English that way and stuff like that. They are both very hard workers and have been a big inspiration to me.”

She carries her heritage proudly in her role as Duke Student Government president, and she realizes that alone may inspire other incoming students. She reflects back on the reactions she got when she was first elected into the position.

"It was definitely a special moment, I had people reaching out to me on LinkedIn, on email ... just saying things like, 'Congrats on being the first one of us to hold the office,'" Wang said. "She (her mother) also received a lot of support from Chinese American parents whose students also go to Duke."

She says the position is almost like a full-time job with up to 30 hours of work on busy weeks. But all that work has allowed her to make positive changes on campus.

During her time as student government president, Wang helped spearhead Duke's Blue Devil Buddies Program. It pairs freshmen with upperclassmen before fall semester starts to help make the transition easier for them.

"They are kind of trying to keep sophomores, who live together their freshman year, together in this new system," Wang said. "A lot lot of first years come in, they make a lot of friends in their freshman dorm. And then after people start joining different clubs and organizations and living groups ... that splinters off, and a lot of people feel like they have lost a sense of community that they had their first year.

"So the goal is to keep that community. But it's also to build on having the diversity and the inclusion that is naturally built into first-year housing because of random roommates and things like that.”

QuadEx's goal is to create long lasting bonds among Duke University's diverse students. It's something Wang hopes continues long after she graduates.

Wang is set to graduate Duke on May 8 with a bachelor's degree in public policy. She has accepted a job as a management consultant in New York City and starts this fall.