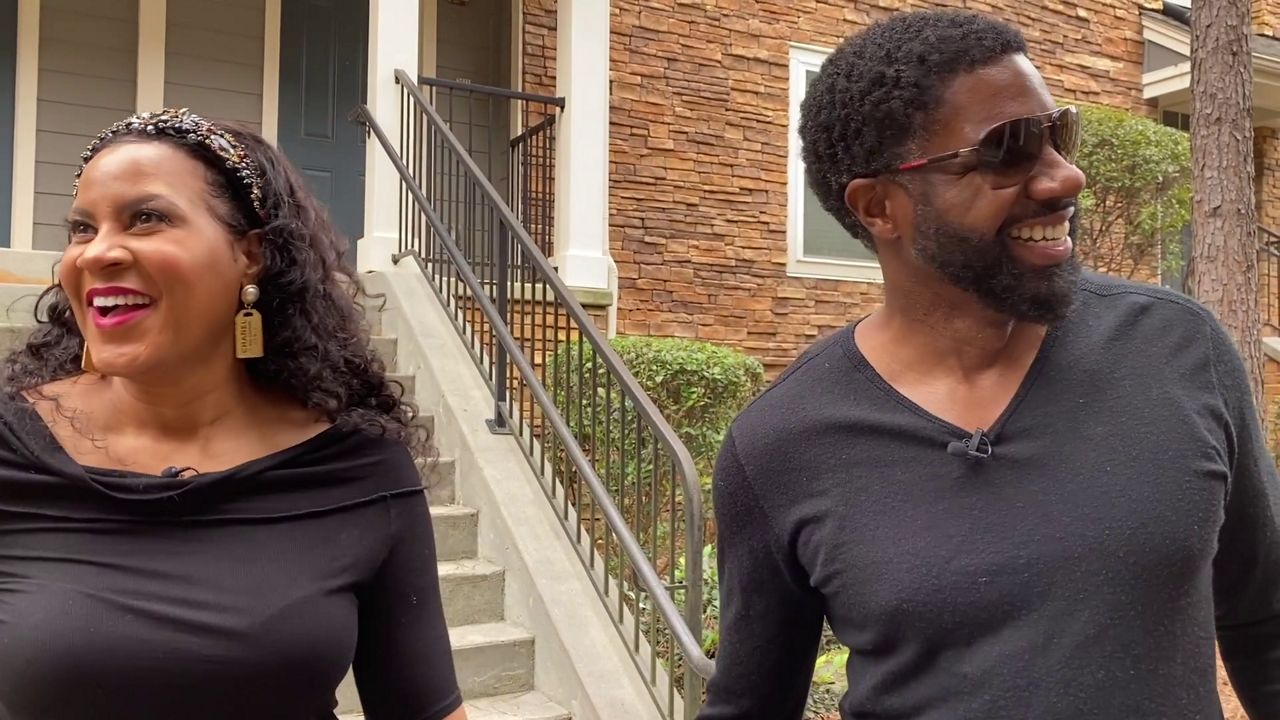 CHARLOTTE, N.C. — In a new segment, Spectrum News 1 is profiling business leaders and showing viewers not only their professional side, but also a bit of their personal side.

McFarland, who has a degree in civil/structural design and has an MBA in finance, is the CEO and president of McFarland Construction. His wife, Tamara McFarland, does community affairs for the company. She has a business degree from UNC Charlotte.

About 12 years ago, the couple's rented townhome in Charlotte’s Ballantyne area doubled as business headquarters and home.

They hadn’t been back to the townhome since they moved out, but decided to show us where McFarland Construction started.

“I used to look out this window, 20 hours a day,” Tino McFarland said with a laugh. He left a consistent paycheck with a construction firm to chase his dream.

Even though the couple was working more than 80 hours a week to get McFarland Construction off the ground, Tamara McFarland was more determined than doubtful.

“I was confident about it. I don’t know why, call me crazy. It was a recession, I don’t care. I felt like him being in the position he was in, with his old company, if you could do what you’re doing for his old company, why can’t it happen for us?” she said.

In 2010, the McFarlands were the first two employees. Now, McFarland Construction has more than 50 employees and they plan to hire more this year.

“[But also] in thought, in gender, in religion, in orientation, we believe in diversity. If you are taking dollars from communities, you need to look like those communities," Tino McFarland said. "In my opinion, if you operate and are housed in a community that has diversity and you’re not diverse, you’re doing the community a disservice.”

McFarland Construction has footprints in six states and the District of Columbia. The headquarters are in Charlotte in an office building in the Dilworth neighborhood.

The company’s guiding principles, the three Cs, are visible in the office: community, commitment and collaboration.

Tino McFarland’s corner office is surrounded by pictures of his family.

“He is really really a great guy aside from him being my husband, just a good person, great perspective, good to bounce things off of, hilarious, my best friend,” Tamara McFarland said.

Tamara McFarland is her husband's biggest supporter. And Tino McFarland’s greatest inspiration came from his father, Calvin McFarland, who passed in 2014.

Eight years after his passing, Tino McFarland still misses his dad. He wishes his dad could see the family name on construction site signs, but knows the man of few words would be smiling.

“What he taught us was how to be committed to family, how to be resourceful, and how to work, and how to have a healthy respect for our faith, and one another. If you ask anybody what they remember most about my dad, he would just kind of summarize things by saying 'that’s alright,'" Tino McFarland said. "And that meant a lot to him, when he said that. That was his short term for a lot of different things, but he would be extremely proud of all of his kids and grandkids and what they’re working on.”

The McFarlands both believe their success comes from their faith in God and constantly praying for guidance and other people.

Tino McFarland has this advice for people who want to leave a 9-to-5 job to start their own business: “It’s important to have a plan and to know you strengths and weaknesses so you can get support where you’re lacking. If you’re looking for immediate overnight success, you might find it. But, get prepared mentally for the grind, because you need to stay strong through all the ‘noes’ and then eventually you might hear ‘yeses.’”