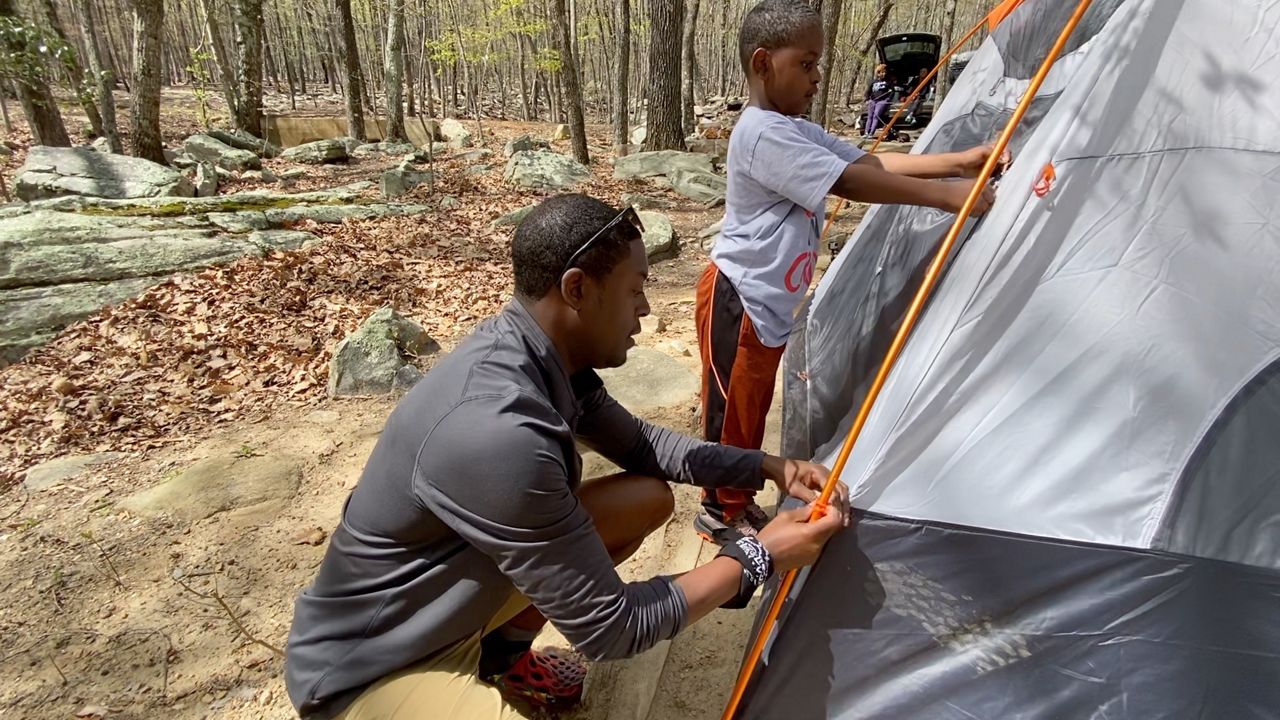 Charlotte nonprofit gets kids of color out camping

“I was a camp counselor in my teens leaving high school, and so you just pick up on all the great outdoor stuff you are doing with other kids,” he said.

Cradle was 8 when he experienced his first taste of camping.

He grew to love this activity but also began to notice something.

“You definitely see a lot of families, but particularly you see white families but you don’t see a lot of minorities, a lot of Black folk,” he said.

And that was something he wanted to change.

Two years ago Cradle began getting calls from parents asking if he could take their children out camping.

“At first I was like no,” he said. “You don’t want to be responsible for kids and things like that, but the call just kept getting louder and louder and you couldn’t ignore it.”

And with that Camping with Cradle was born.

Cradle’s nonprofit is a mentoring program that works to get more Black and brown children familiar with the outdoors.

Since starting in 2020, Cradle has taken 25 children out camping across North Carolina and has even gotten friends like Alvin C. Jacobs Jr. to join the board and help with his mission.

Showing up and learning to appreciate the outdoors is what Cradle hopes children get out of this experience.

“You never know what they are going to get from it, but when you realize that they’ve had an amazing time, I think that’s when you’re like there it is,” he said.

Pack your gear, not your fear is Cradle’s motto.

And with more trips in the works, he’s making sure he accomplishes that goal on child at a time.

Cradle says he’s working to provide gear for every child who participates so they’ll never have to worry about paying for it.

To learn more about Cradle’s nonprofit, you can find more information here.