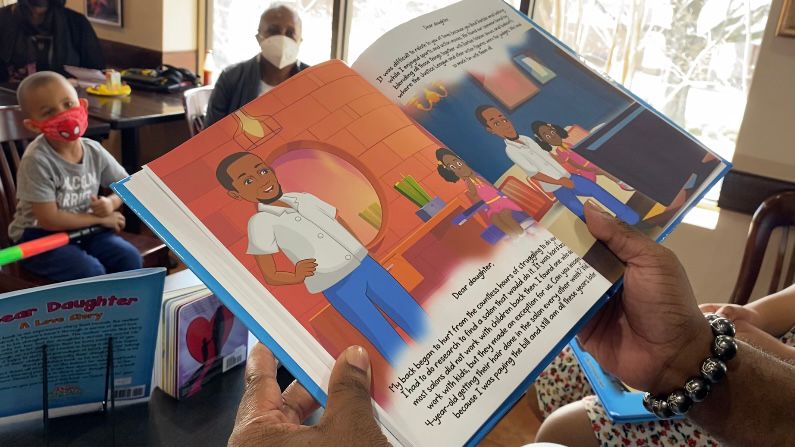 'I thought you knew': A redemptive love story to daughters everywhere

DURHAM, N.C. — They say you should never miss a chance to tell someone how much you love them. So, a dad who was called out by his teenage daughter for not showing his affection ended up on a mission to prove to her and daughters everywhere that dads can say "I love you" too.

"Dear Daughter: A Love Story" is inspired by a Dedrick Moone's letters to his own daughter

Moone is a single dad

The bond between a father and a daughter is irreplaceable, but not every little girl has the luxury of having a dad in her life. When Dedrick Moone realized this, he decided he would shoulder the load and become a surrogate dad for every child out there who is missing a father figure.

He decided to write a book, "Dear Daughter: A Love Story," to help. 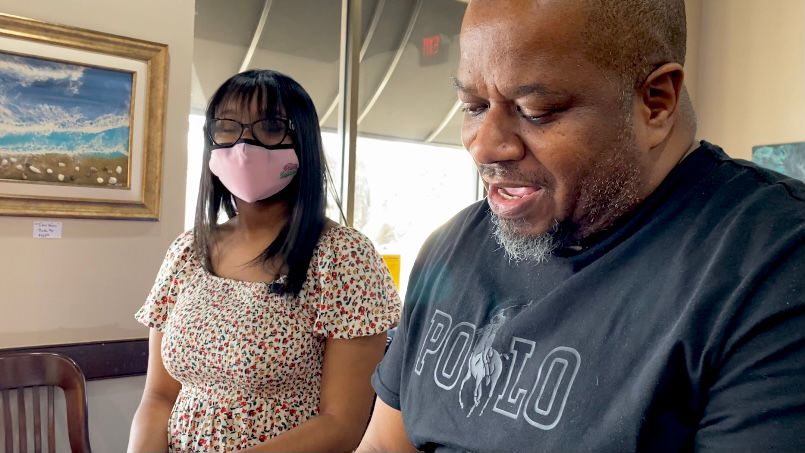 Dedrick Moone reads aloud from his book while his daughter Haelee listens.

“Being a man who grew up without his father ... I always gravitated toward my dad who just didn't want me,” Moone said. “I wanted to do at least one good thing before I leave this earth ... and the one thing that I can pour out is love.”

With this book Moone hopes to show that not all fathers drop the ball when it comes to being a loving parent, and if one happens to, then he hopes the book has the capacity to fill that hole in someone's heart where a dad should be.

“I know that a lot of fathers aren't in the home or some are in the home and they're inconsistent or they don't show their love properly, so I said, 'let me take this on and let me see if I can do it,'” Moone said.

By the time he decided to write the book, most of the work was already done for him in the form of letters he had written to his daughter Haelee when she was little. Her memories of those original letters are slim, but this book is an ever present reminder of the lengths a dad will go to show his love for his little girl. 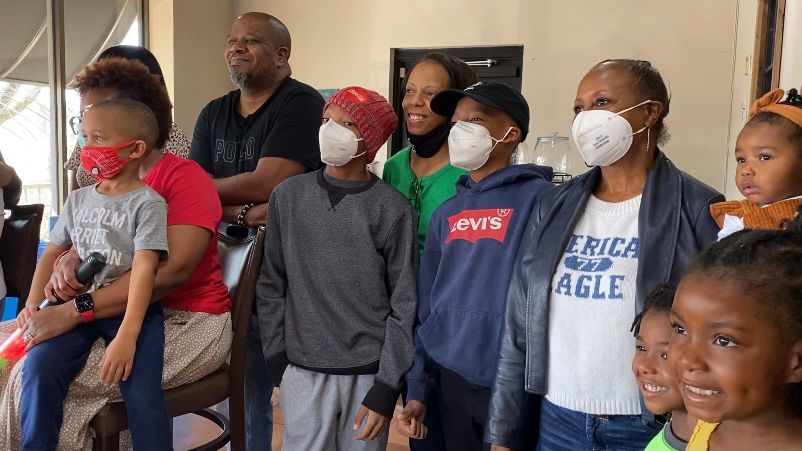 Dedrick Moone reacts after his first read-aloud of his book.

“In writing the book I was like I want to revisit history, and I went back to the box where the letters are located, and of course they're all stained and tore up, but you can still see the scope of them,” Moone said. “So I went back to revisit those so I could get back to that place of love and tenderness.”

His love for his daughter was always there, but he says he fell victim to the plague of not verbalizing his affection, something he personally knows doesn't always come so easily to men.

“One of my failures was that I had actions, but didn't have the words, which caused confusion in her,” Moone said. “It was just her telling me, 'Dad you didn't say these things' and I said 'Wow, I thought you knew!'”

He's been raising his daughter on his own as a single dad for the past 12 years, which he says lends him a unique perspective on how important a dad is in a child's life, along with the importance of pouring into your kids.

“My goal is to just make kids know that they're loved,” Moone said. “And I just want the world to know that, hey, men do love their children, and here's one that does.”

To learn more about his story and to find his book you can click here.