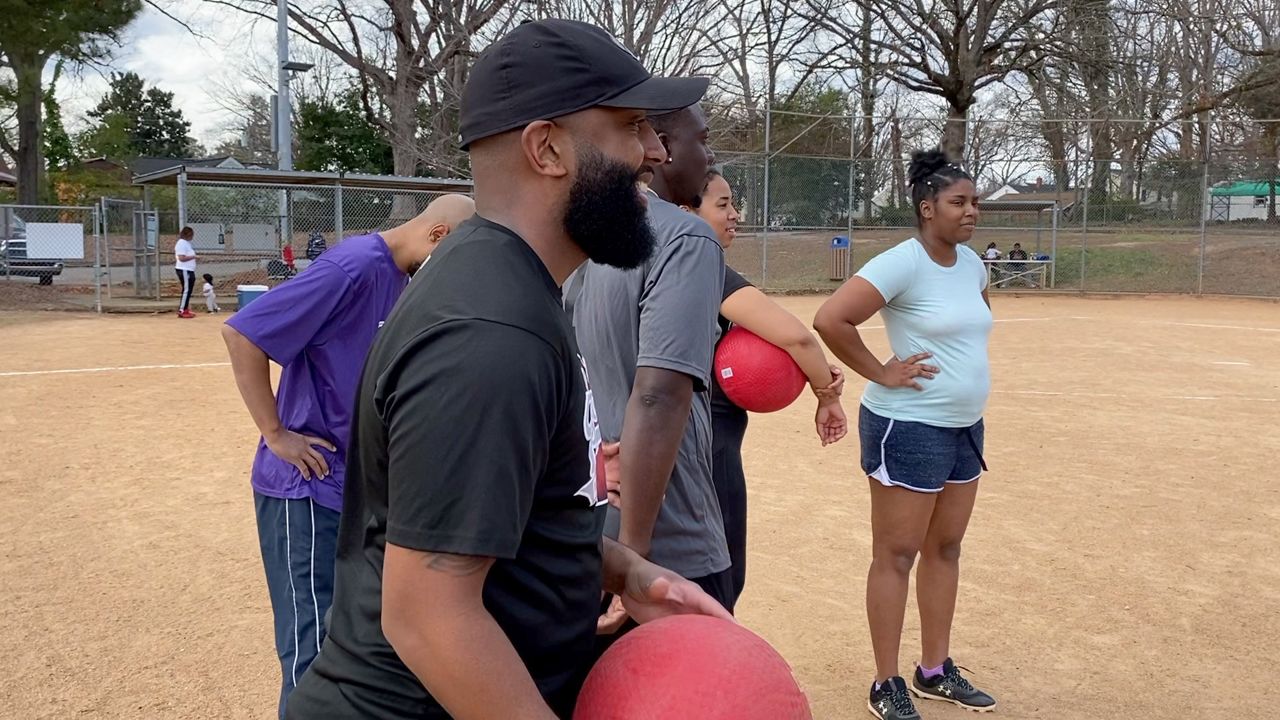 RALEIGH, N.C. — When we talk about kickball, it may not bring to mind a tough, competitive game for adults.

Now, a recreation league in Raleigh is wanting to flip the script on the fun pastime.

“It’s a lot of small ball, bunting, pitching and throwing, so it’s not old school where you just roll it slow,” Coach Ty Alston said, who helped form Team Powerball in 2017.

The co-ed kickball team is more than just a game for kids.

“You want to do well,” Alston said. “You will be joked on, you will be embarrassed if you think you are going to just run and kick. There’s thought and you have to be in shape to do this.”

The game is also a step outside into the real world for a bit, easing stress and improving physical and mental health.

“We love it. It is an outlet,” Alston said. “We look forward to this every week. We talk about it. We have a group chat. It is a family and a team bond that we share. For our spirits, it is really enlightening.”

While families join for practices, the play is only for adults when they compete in tournaments in other states.

“We are all former athletes at some point in our lives so we want to stay active, and we want to compete. It’s a fun time that we do. We love it,” Alston said.