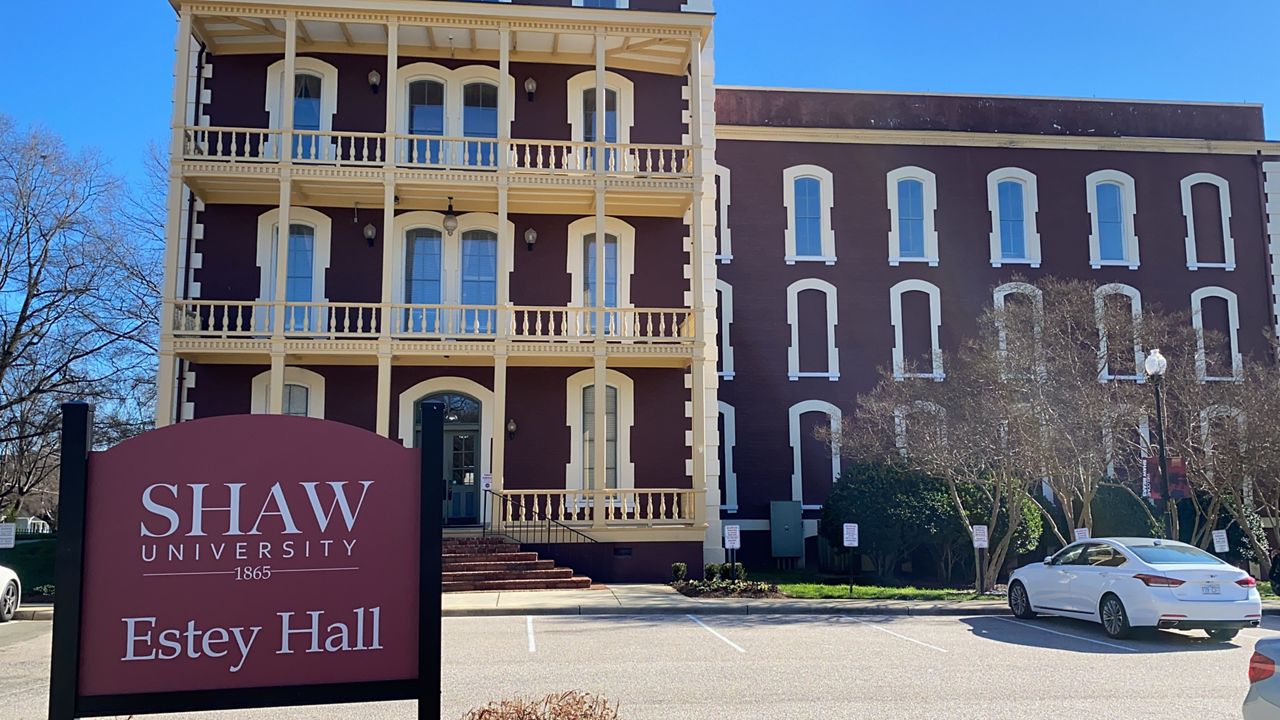 A look at Historically Black Colleges and Universities in North Carolina

RALEIGH, N.C. — Following the Civil War, Historically Black Colleges and Universities were established as places Black people could get higher education during segregation.

Currently, we have 11 HBCUs remaining in the state. They include:

Shaw University was the first HBCU in North Carolina, which started in 1865. Dean of Arts, Sciences and Humanities at Shaw University Dr. Valerie Ann Johnson says she always keeps in mind why these schools were started.

"I celebrate them. I'm glad they exist, but I also remember they exist because of exclusionary practices of segregation, of the unwillingness," Johnson said. "Rather have separate facilities than to be educating folks together in one place who are different races."

Many HBCUs established during the Reconstruction Era were actually built by students, who were newly freed enslaved people. Shaw's library still has bricks that were handmade by students and used to build the campus's first building, Shaw Hall, in 1870. The building has since been torn down.

One building that remains on campus is Estey Hall, erected in 1873. It was originally the women's dorm and is Johnson's favorite place on campus.

"This was the birthplace of education for Black women, in terms of higher ed.," Johnson said. "Ever!"

Shaw's mascot is the bear, and Johnson says she also considers the school the "mama bear" of other HBCUs in North Carolina. The founder of NCCU was a Shaw University alumni and N.C. A&T State University started as an annex on Shaw's campus.