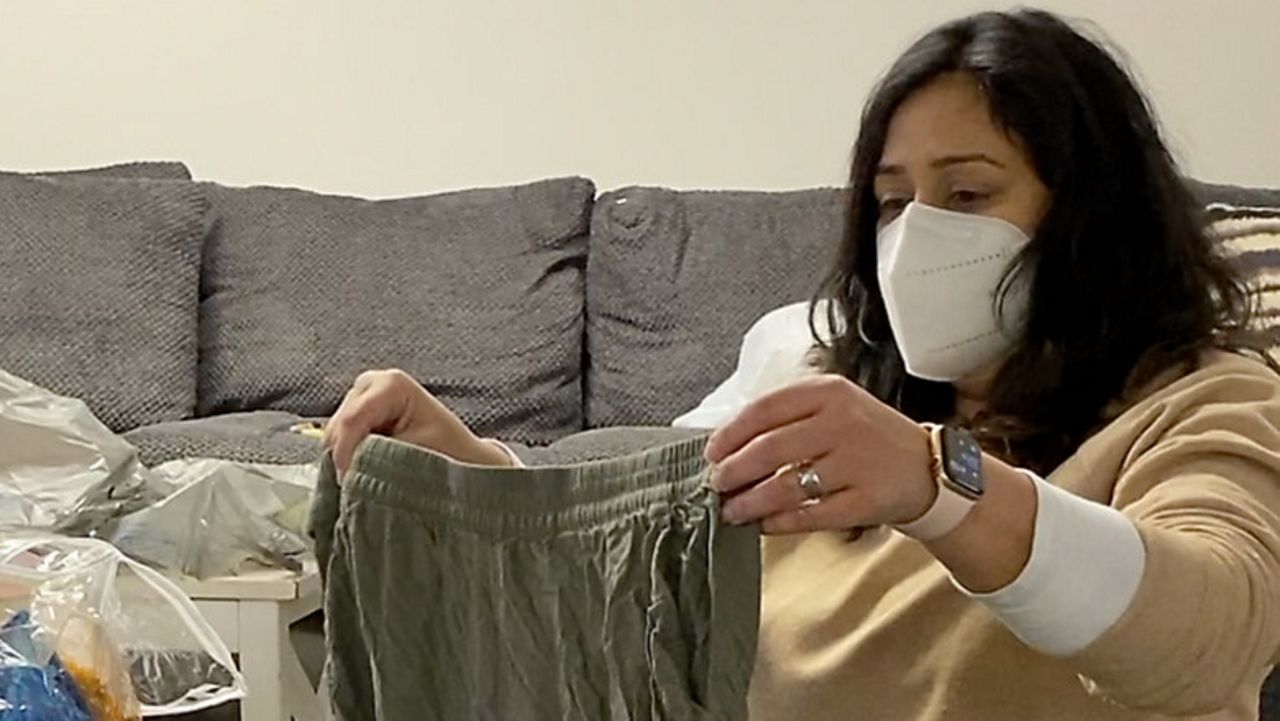 CARY, N.C. — Nearly six months after the U.S. withdrawal from Afghanistan, Afghan refugees who have resettled in North Carolina and across the country are working to rebuild their lives. Change is difficult, especially for many of the women.

The Afghan women come from a conservative culture. The challenge is that some of the donated clothes the women have received in the U.S. don’t align with their religious or cultural values.

The U.S. Committee for Refugees and Immigrants reached out to a Muslim nonprofit organization, the Triangle Association of Muslim American Mothers, for help.

Asma Khan, the president of TAMAM, is spearheading a clothing drive, asking the Muslim community for gently used or new long sleeve or loose clothes for the Afghan women. Khan wants to help them feel more comfortable in clothes that are culturally appropriate.

“Their needs aren’t really being met,” Khan said. “Maybe they’re not really understood very well. And this is our community, so these are the types of clothes we wear. A lot of us come from those types of communities, so we can understand what exactly they’re looking for and provide it for them.”

Khan, a Pakistani-American, understands how this group of Afghan women wants to be modest, given the cultural similarities between Pakistan and Afghanistan.

“They’re leaving behind everything they know,” Khan said. “Maybe clothing is something that they can take it slow, and at least start with clothing they’re familiar with and in their comfort zone to a certain degree, so they can slowly make the transition. The transition is so abrupt, so different than what they’re used to.”

Khan’s organization has helped to resettle refugees from countries like the Democratic Republic of Congo and Bangladesh. She’s on a mission to help the newest members of the Muslim community, no matter where they arrive from.

“I think as Muslims we’re always called to do community service and help those who need help,” she said. “And anyone who comes to a foreign country, especially in the circumstances that they came in, could use a lift, you know, could use a leg up.”

The outpouring of support for this cause means a lot to her.

“Everyone feels a sense of sisterhood, brotherhood, feeling neighborly and that we’re one community and that we should help each other out.”

Khan is inviting Afghan women to come, try on and pick from the donated modest clothing. The event is taking place at the Islamic Association of Raleigh on Feb. 12.

And, beyond the clothing drive, Khan tells Spectrum News that she plans to help Afghan refugees with job placement and English classes.