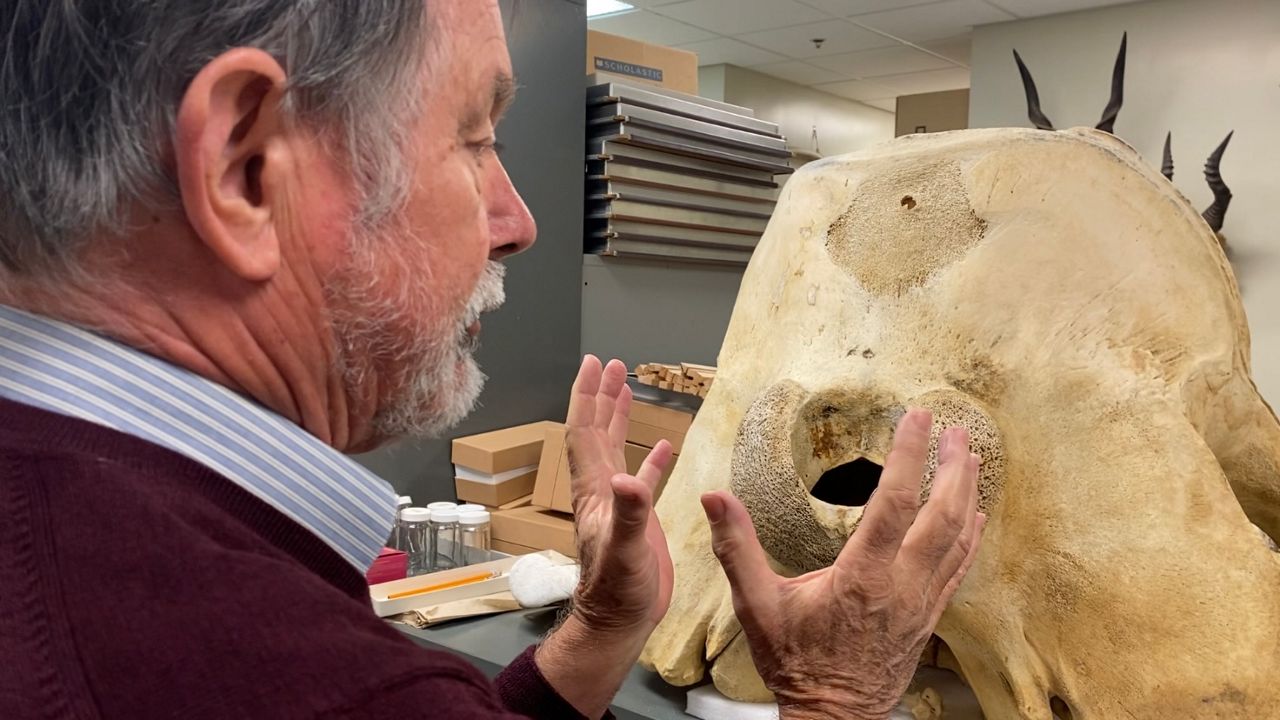 Dr. David Webster talks about a specimen in the mammal collection.

The keeper of the bones: UNCW's curator of mammals shares his life's work

WILMINGTON, N.C. — In the old attic of Friday Hall at UNC Wilmington there are thousands of bones, each with a story to tell of how they got there and the life they lived. One man has dedicated his career to knowing their tales and sharing them with the world.

The mammal section of the Natural History Collection at UNCW has over 30,000 specimens

It is the second largest collection in the southeastern United States 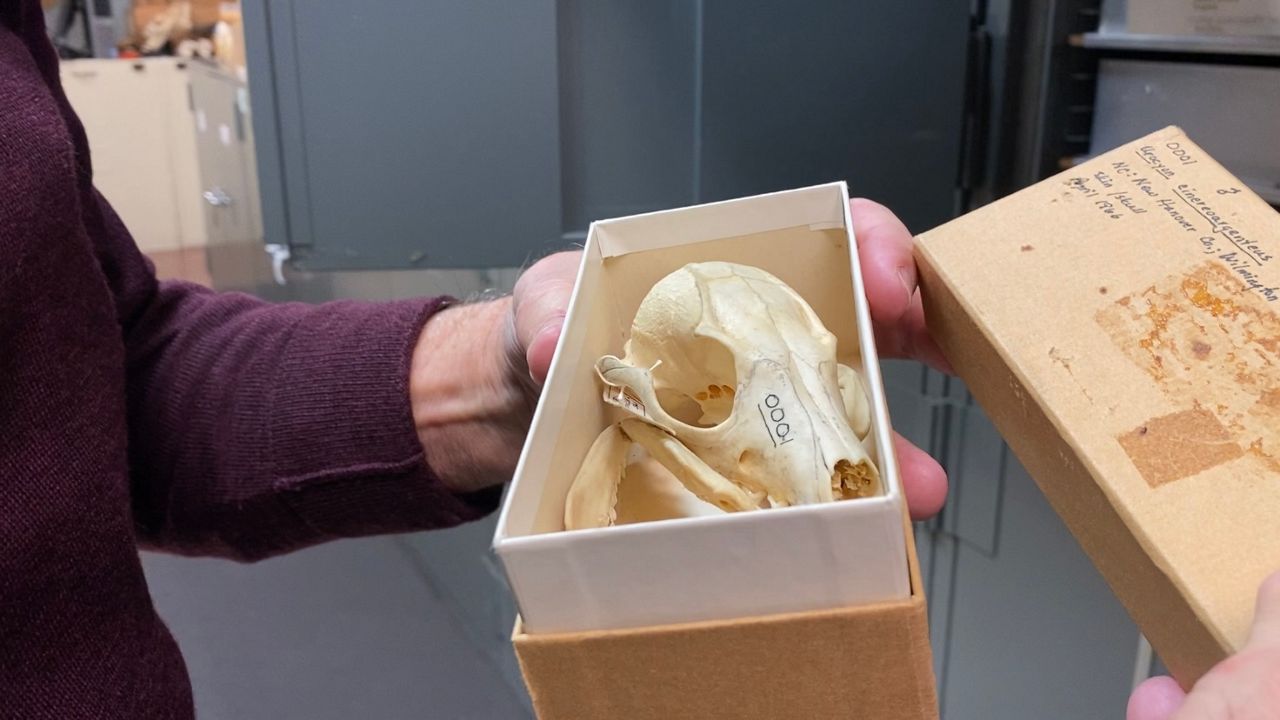 Dr. David Webster started building this collection when he was a work study student back in the 1970s. Over the course of 40 years he's taken the collection from 100 specimens to over 30,000. In that time, he's seen animals come through his doors that have been extinct for hundreds of years and others that had yet to be discovered.

“There is still biology in these specimens and the discipline of natural history collections is getting increasingly more microscopic and molecular,” Webster said. “We are now doing things with specimens that we never could've done 30 years ago, and I can't even tell you where we're going to be in another 30 years because it's going to be spectacular.”

The value of some of these specimens is intangible, but to Webster each one is priceless. 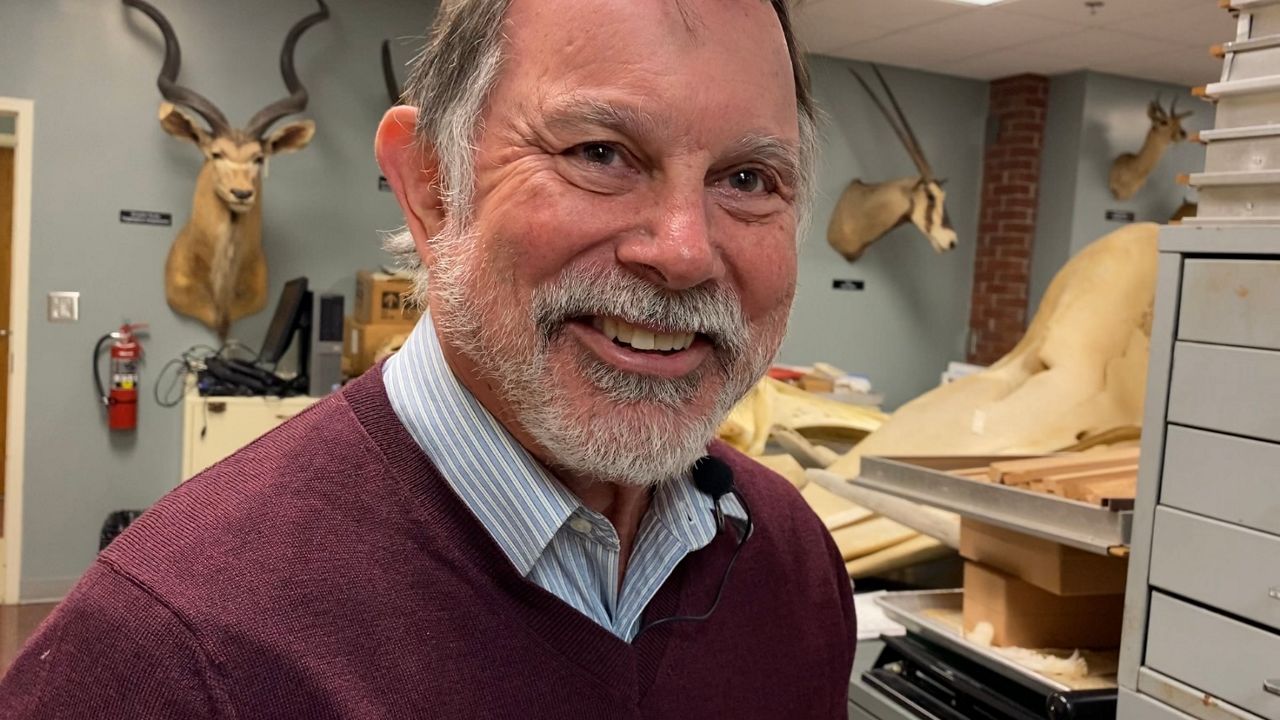 “We want to make sure that these specimens are protected, and the only way to do that is to have dedicated space,” Webster said. “Once you lose them they're lost forever, and that's something that's always in the back of our minds.”

Nothing is too small to be significant and each skeleton undergoes the same process of being cleaned, tagged and then filed away to grow our understanding of what these animals might be facing in their lifetime.

“When we get them we try to make the most out of it and get the most information we can,” Webster said. “Curatorial technique is very mechanized or methodical let's say.”

One reason the collection is so big is because accidents do happen when you're handling extremely tiny and fragile bones. Even the large specimens can become brittle after being transferred and moved. But the other reason is because curators trade specimens like some people trade baseball cards and Webster purposely keeps certain items on hand to use as bargaining chips with other researchers. 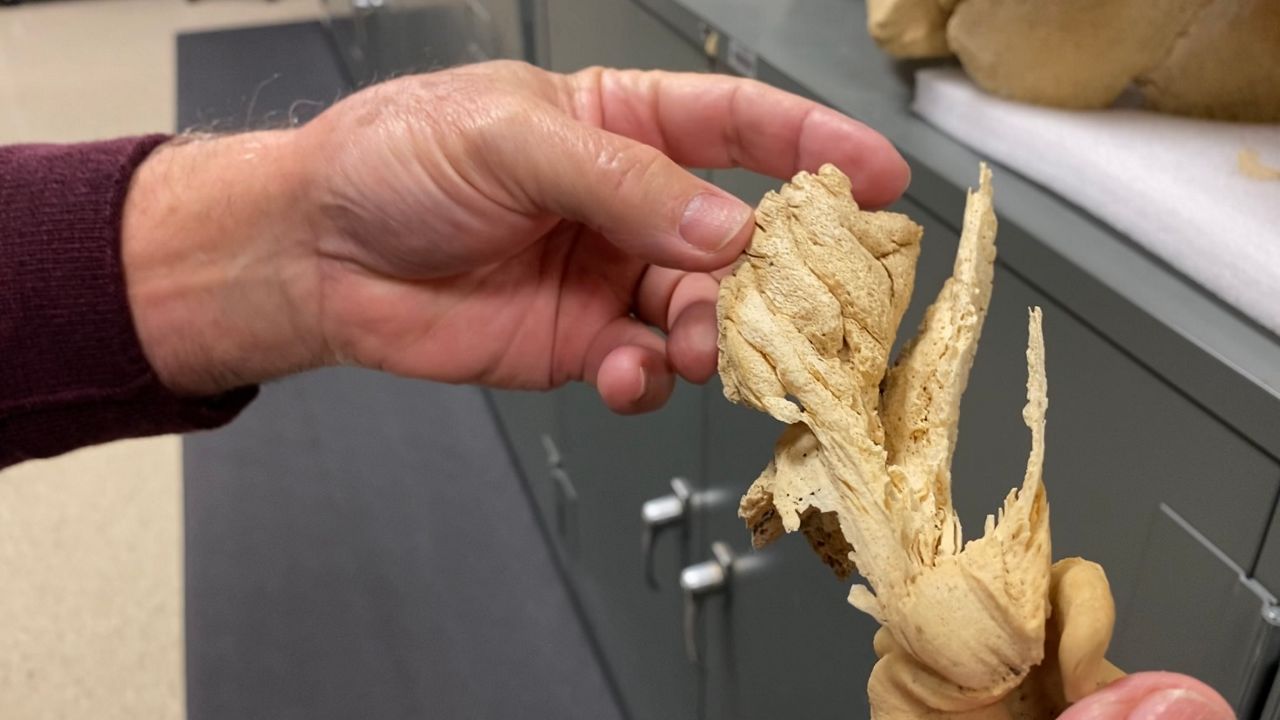 Webster handles a fragment of bone that broke off of a marine specimen.

“But more important than that, when you have a lot of numbers it allows you to be able to fully describe what these animals are and look at things like geographic variation.” Webster said. “We need to know the status of our rare, threatened and endangered species.”

These bone fragments can reveal a significant amount of information, including breeding population, diet and lifespan of the mammal.

The collection at UNCW is the second largest in the southeast, but it isn't open to the public – instead it functions to promote research and education for both students and visiting scientists.

“We have enough material that we could put together a really nice museum if we wanted to, but it would take money,” Webster said. “Ours is more of what we would consider small scale, teaching-oriented more than anything else.”