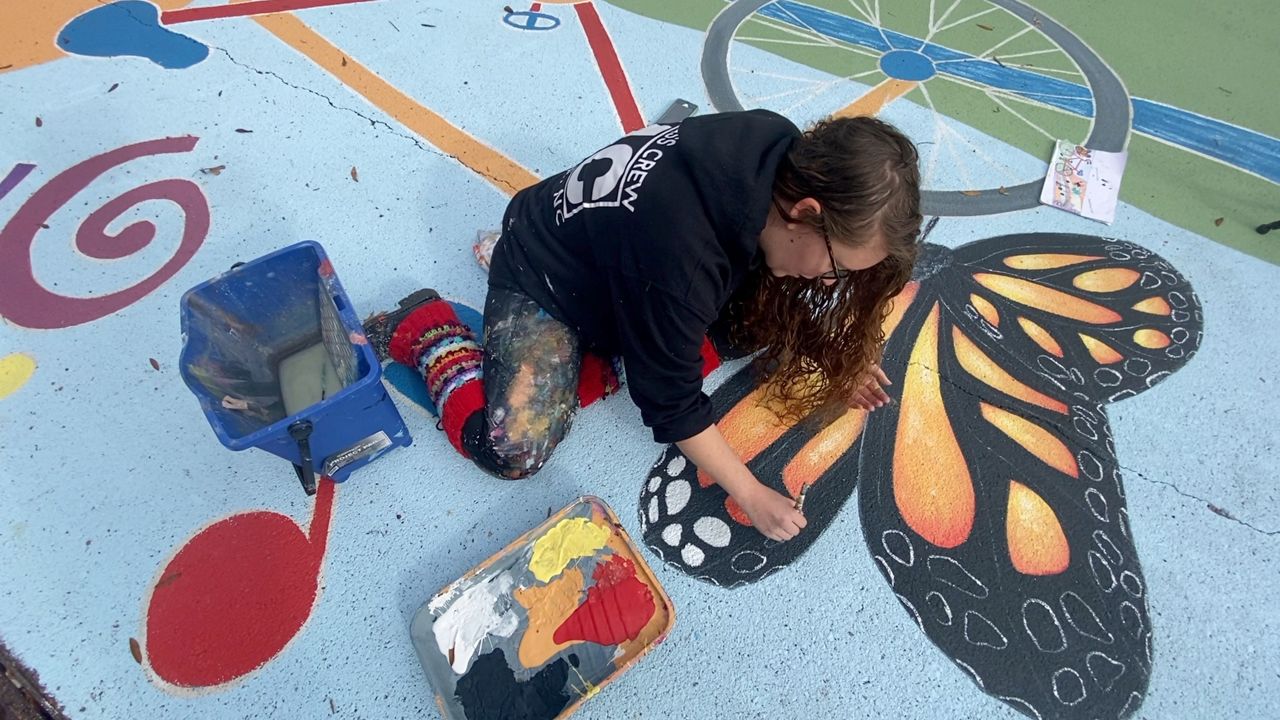 For the last eight years she’s been sharing her love of art with students at First Ward Creative Arts Academy in Charlotte.

“I always say that I have the funnest job in the school,” Imhof said. “I mean, I think being a teacher is fun in general, but I really enjoy teaching art because I think I see a lot of myself in a lot of my students.”

Recently, Imhof's students played a significant role in one of her latest art projects.

“I had all grade levels. I gave them this little prompt and I picked at least a few from each grade,” Imhof said.

Back in September, Imhof applied to design a mural near the school along East 11th Street. She was selected a month later and  began working on a 300-foot mural.

“A lot of people might see just a pretty picture, but this is kind of the culmination of the importance of the arts and how it can bring the community together,” Imhof said.

This mural is part of the city of Charlotte’s Uptown Cyclelink Program.

The Uptown Cyclelink is a seven-mile network of separated bike lanes that will connect over 40 miles of bikeways into and across Charlotte’s center city.

Imhof is painting her mural along one of those bike lanes, which all ties back into this community.

“What better way to involve the community than to incorporate the students from the school that are right here,” she said.

All the designs along the mural were drawn by students at the school where Imhof teaches.

While it might just look like a mural to most, Imhof believes it will leave a lasting impact on the students who played a role in making this happen.

“I think it’s just so valuable and important for them to see that their art can have an impact even as a child,” she said.

Imhof says she was able to hold a community paint day so her students could also come out and help with the mural.