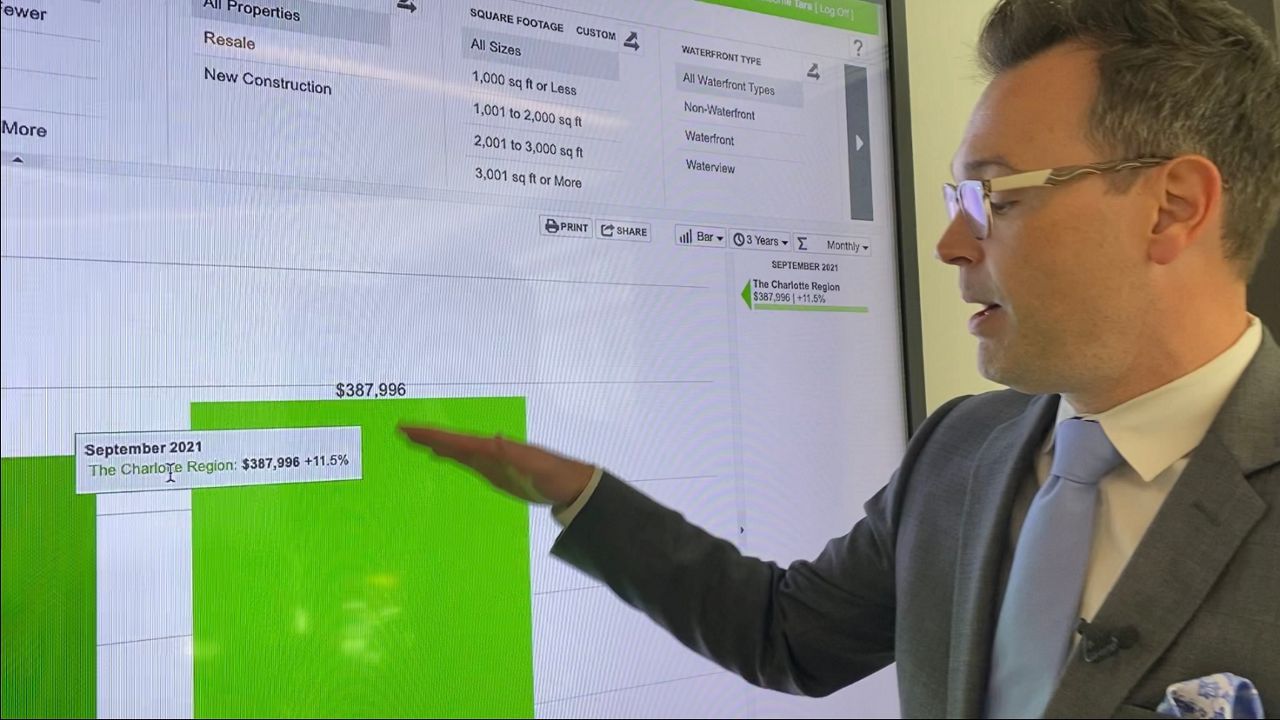 David Kennedy, who has worked in real estate for 15 years, says now is a good time to buy a house despite rising prices.

CHARLOTTE, N.C. — David Kennedy has worked in real estate for 15 years and has seen everything from the Great Recession to today’s record-low inventory.

He says decisions made after the real estate market crashed in 2008 are driving today’s prices up.

Kennedy, who’s president of the association, explained how prices got to where they are now. He says the core of the price hike is high demand and low supply, and that’s compounded by more and more people moving to the Queen City.

“We have a net migration into Charlotte of 50 people per day. So, not only are we trying to bring more houses and introduce them into the market; we’re having to do that in a headwind of more people coming to the market,” he said.

That makes it tougher for you if you’re looking to buy. But, despite sky-rocketing prices, real estate agents say stay the course while interest rates are still historically low.

Kennedy says now is the time, while interest rates are still between 2% and 3%. The Mortgage Bankers Association predicts they will rise to 4 percent in 2022.

“Your interest rate will probably never, and I mean ever, be this low again,” Kennedy said. “If you get an interest rate that is a record low — and that’s your interest rate for the life of your loan, which could be 30 years — you’re going to have a more favorable return on your investment than anyone else in the history of buying a property.”

It may be a seller’s market, but once you sell, you still have to find a place to live.

Trent Corbin, Realtor and president of The Redbud Group, says some are considering renting until the market cools off, but he says that’s a bad idea.

“You’re still going to be paying a considerable amount. The only difference is you’re not building equity,” he said. “When we hear that from people, we try to encourage them. We present them with the data and say look, what we believe is that this market is going to continue to improve and the best way to capitalize on an inflationary market here in real estate is to own those assets.”

Kennedy says this downward trend of inventory traces back to the housing market crash in 2008.

There were 28,000 houses on the Charlotte market back then, but after the market crash when millions of homes were foreclosed on in the U.S., there was a steady decline until inventory sank to 4,729 this summer.

He says the massive, nationwide foreclosures led to small and medium builders leaving the market. So, this inventory slump has been in the making for more than a decade.