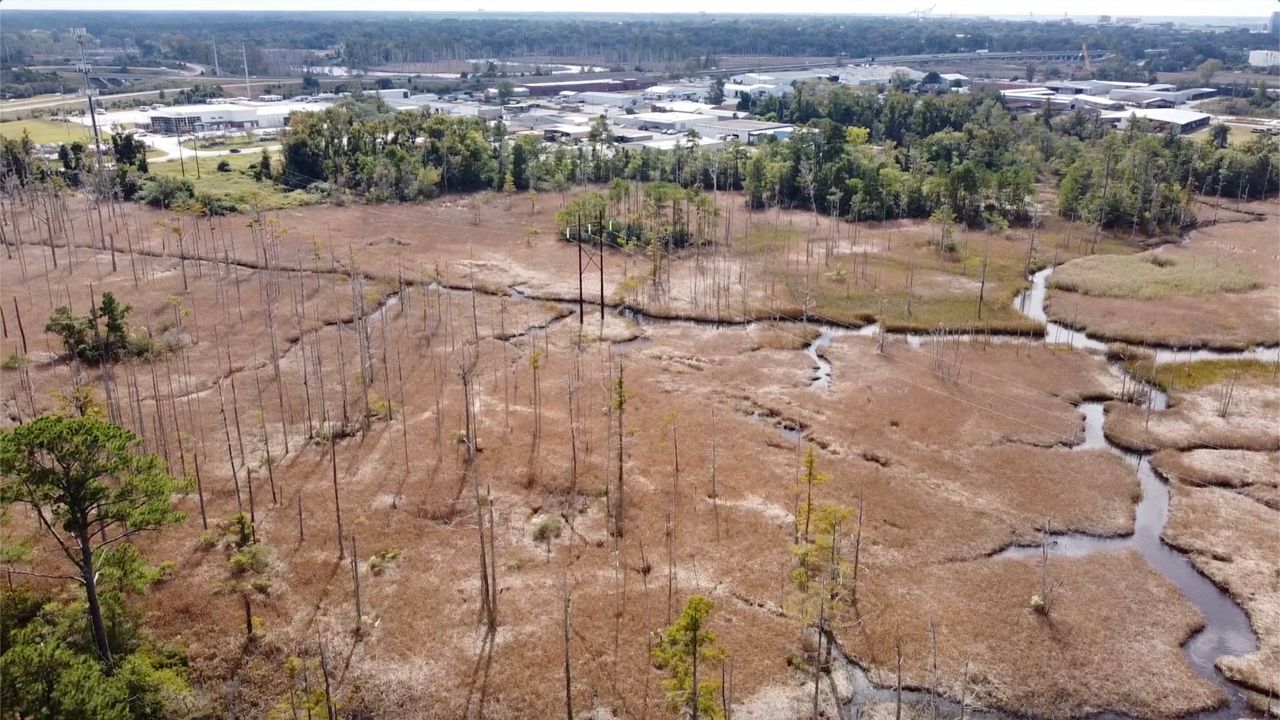 WILMINGTON, N.C. — The white trunks are the bones of what is left in the ghost forests of North Carolina, and their existence can tell us a lot about how their environment is shifting.

Ghost forests are often formed when too much saltwater kills the trees.

Andrea Hawkes is a professor of earth and ocean sciences at the University of North Carolina at Wilmington. She says although ghost forests are a natural process, they are now forming at an alarming rate due to sea-level rise. 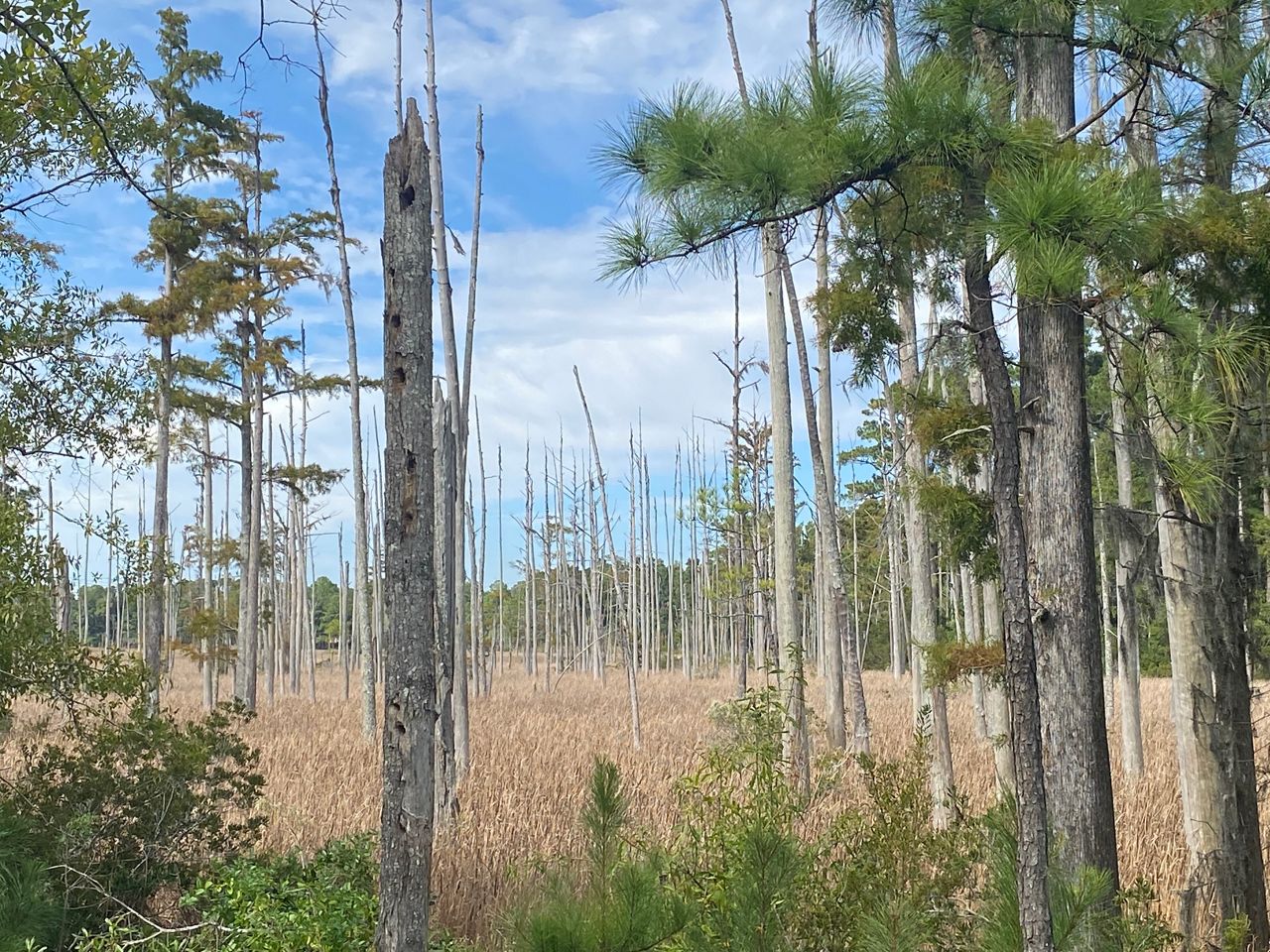 A ghost forest in Wilmington.

“This is kind of a process that migrates as sea level rises,” Hawkes said. “As sea level accelerates and continues to rise, this process will migrate inland and upland.”

Saltwater intrusion can become even more of a problem in certain areas where river dredging allows the tide to come farther inland, affecting more forests.

“We have a lot of development in this area, in Wilmington in the greater area, so as these freshwater wetlands are pushed back, they don't always have another place to go to essentially,” said Monica Rother, Hawkes' co-worker. “They'll be replaced by salt marshes, which have their own ecological value, but don't do the same things as these freshwater wetlands will do.”

Hawkes and Rother are conducting research in these ghost forests to find out just how much saltwater is intruding into freshwater wetlands. Hawkes' research revolves around taking a sample of the soil and analyzing the organisms that live there to see how fast sea level is rising. She says the soil can tell her a lot about the past.

Hawkes studies these soil samples back in her lab. Under a microscope, she's able to find tiny organisms that tell her how salty the water is. These organisms group themselves together based on how much salt water they can tolerate. Depending on how far down they are in the dirt, Hawkes can infer how much sea level has risen in that area.

“It's kind of a treasure hunt every time we go to a new field ... because you can find out so much about past environments,” Hawkes said. 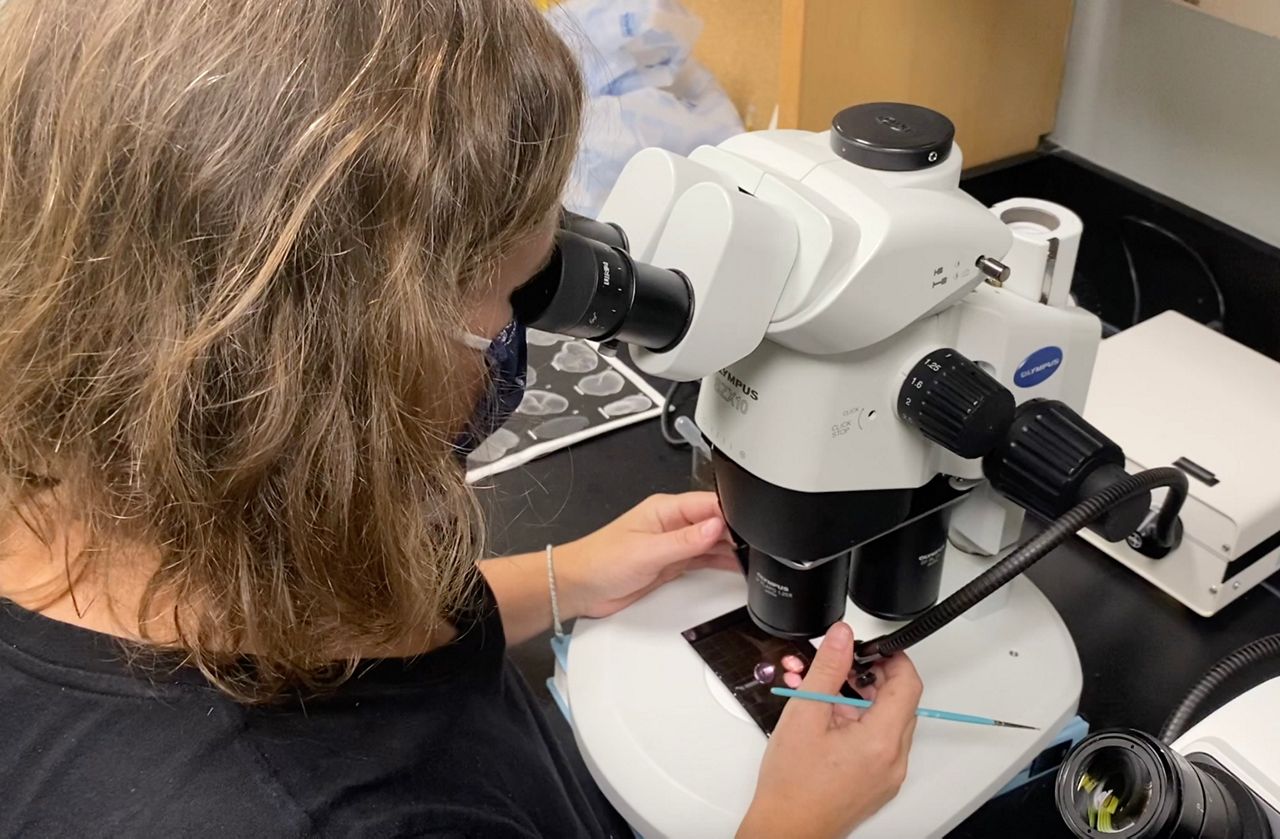 Hawkes conducting research in her lab.

While Hawkes works with organisms in the dirt, Rother studies tree ring growth. She hopes her research can analyze what the environment was like through the years based on how a tree's rings grow.

“Once we have the wood processed then that's when we start seeing what stories are inside the rings,” Rother said.

Hawkes and Rother hope to combine their work in a future study to see if they get matching results.

“Can these two sources of evidence, these two lines of evidence, about changes in the environment overtime, can they tell a similar story, and can they work together to provide us with more information?” Rother said.

The scientists plan to start their new study next fall. They will complete field work for about a year, and analyze their finding the year after. It's not easy work, but it's a unique and important way to see how sea-level rise is affecting these coastal swamps and wetlands.