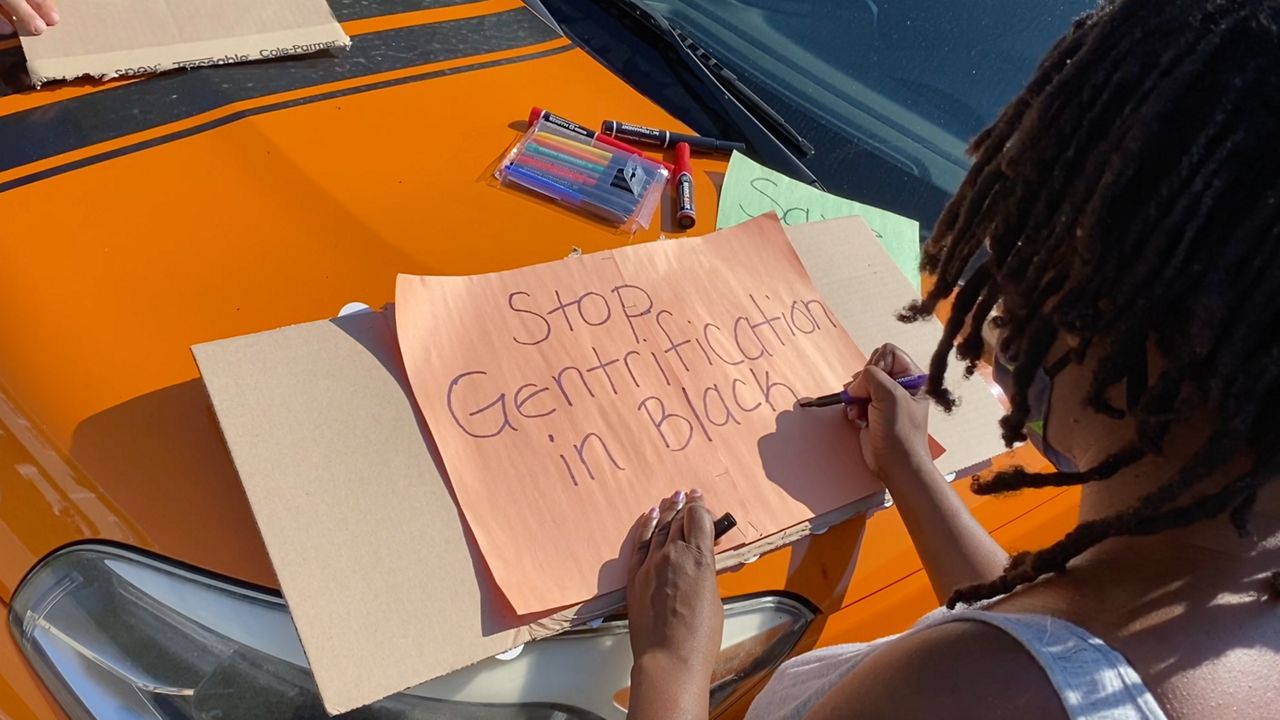 RALEIGH, N.C. — A group of concerned residents organized a caravan in Wake County on Friday afternoon in order to bring attention to the lack of affordable housing in the area.

The event was called the Gentrification Caravan and was organized by the Wake County Housing Justice Coalition.

“I stayed in Heritage Park going on 13 years, so quite a while,” Iesha Cobb, a Heritage Park resident, said. “We’re all relying on government assistance, which a lot of people are probably afraid to say, but we are.”

The mom of three is worried that Raleigh’s growth is going to create more problems when it comes to affordable housing. Cobb believes low-income housing is being overlooked, and she wants people to know that the criteria for affordable housing doesn’t always match up to what families can actually pay.

“Low income is what I can afford for right now. That’s affordable to me. Sixty percent AMI and 80% AMI is not affordable, and I won’t be able to survive that,” Cobb said, referring to area median income.

She says this caravan of like-minded people is just one way to express her concerns.

“All the developers are coming around and trying to build on top of it or around it. All of that has got to stop. It has to,” Cobb said.

Friday afternoon’s caravan made stops at the Raleigh Housing Authority and several legislative buildings. Those who participated say they wanted to go to the places where the decisions about housing are made.