Joe Greene during a round of chemotherapy. (Photo: Christy Bollinger)

ASHEVILLE, N.C. — A western North Carolina man is working to lower the age requirement from insurance companies to pay for colonoscopies.

Joe Greene says he could have lost his life to colon cancer. Now, he wants to make sure what could have happened to him doesn’t happen to anyone else.

Greene is calling himself the ambassador to get colonscopy testing at the age 40 instead of 45, which is when most insurances start to cover the test. His colonoscopy saved his life and found a mass the size of a tennis ball in him.

He's a father, a fighter and a coach. He coaches his 7-year-old son's youth travel football team. 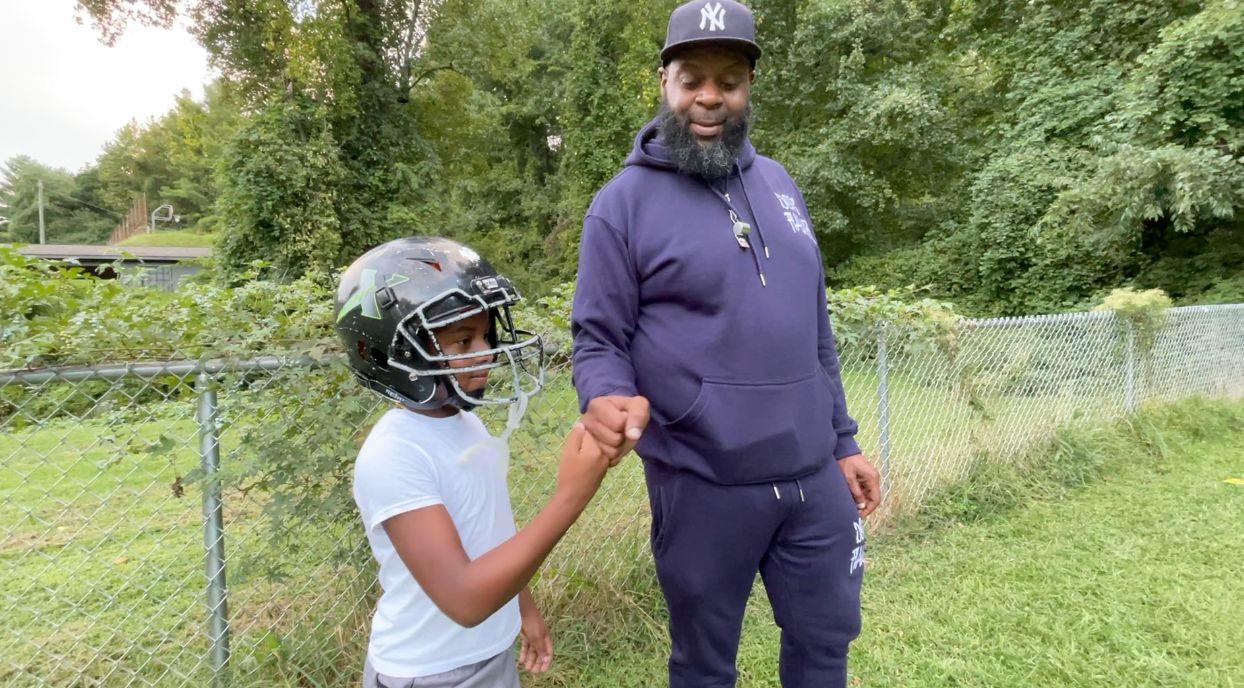 Greene has stage three colon cancer. He was diagnosed in April, shortly after his 40th birthday. Quickly, surgery was scheduled to remove the mass. He then started his 12 treatments of chemotherapy. Greene remains optimistic, though.

"A lot of people are going through way worse situations than I am, and I'm thankful to be here," Greene said.

Because of this, Greene has made it his mission to help others by sharing his story with whoever will listen. The colonscopy saved his life, and he wants others to hear that.

"At first I thought, ‘no man is playing with my butt,’ just being honest, but it's not like that," Greene said.

He wants to take his story worldwide until the age for insurance-covered colonoscopies is lowered to 40. To him, it’s part of his recovery.